“It was a well earned victory” 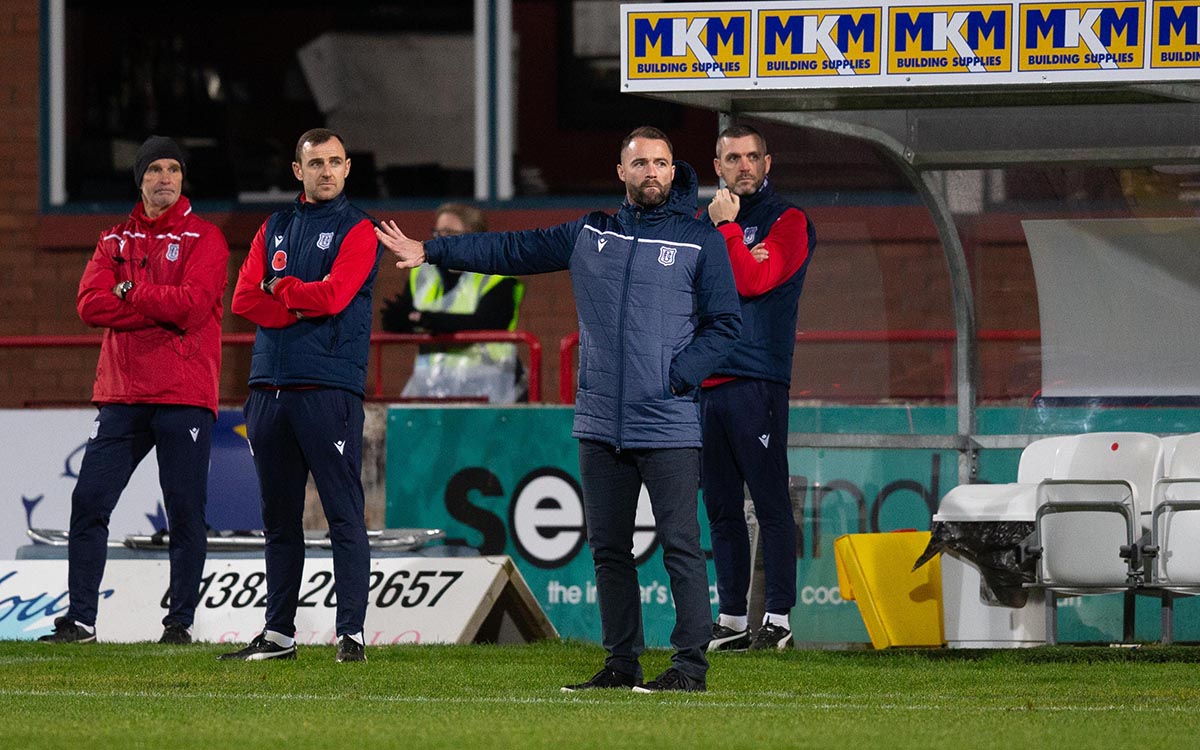 James McPake spoke to DeeTV after his side had beaten Cove Rangers 3-0 at the Kilmac Stadium to move top of the Betfred Cup group.

He told us, “I thought it was a well earned victory. Good performance, I know it took us to the 83rd minute to get the second goal and you could see the relief in the players. That maybe goes back to what happened a couple of weeks ago. The second goal is important but I thought even at 11 v 11 we were as good as we’ve been against a team that is equal to some of the teams in our league.”

“We set out when the fixtures came out to get nine points (from first three fixtures), by default we got the three against Forfar and a really tough test against Brora. We’ve got nine points now and we go to Easter Road with the chance of topping the group.”

Cove were reduced to 10 men in the first half and another sending off in the second period saw them end the match with just 9 players on the park, something the manager pointed out can be difficult to play against, he continued, “I hated it as a player, it’s happened to me a couple of times as a manager, never to nine, that’s the first time but it’s tough because you then have a team, especially with the character I know Paul has in that team. They are a good side, I saw the problems they caused Hibs, I saw the problems they caused us last season and I watched them batter Forfar on Saturday. They are a good side and have great character so I was pleased we showed character as well.”

“To get those goals and get the kids on the pitch as well is great for our football club.”

“I’ve been a player and it’s not easy when you are 1-0 up and you are thinking back to two weeks ago. Apart from a couple of slack fouls we gave away, we were really in control of the game. You could see the relief when the second goal went in so to get those goals and get the kids on the pitch as well is great for our football club.”

16 year olds Cammy Blacklock and Jack Wilkie joined Nicholas Hamilton in making their debuts after the late goals went in, something the manager was keen to point out is a result of hard work ongoing at the club, “It’s a massive compliment to the staff in the academy as well from Gordon (Strachan) and Stephen (Wright) all the way done, they are producing players that we can trust to go on the pitch,” he said.

“Nicholas has come into a full different culture, he’s not done alot in the past seven months and he’s had to get himself fit but he’s been great around the place. The academy kids will be needed this season. They are not getting on for the sake of it, they are being put on because of their performances for the Under 18s with Scott Robertson and their performances when they come in and train with the first team.”

“You don’t just give people their debuts to make numbers up. They get that because they have done really well and there are more as well. There are loads there that we believe are coming through and that’s so important for our football club.”