“It was a good game” 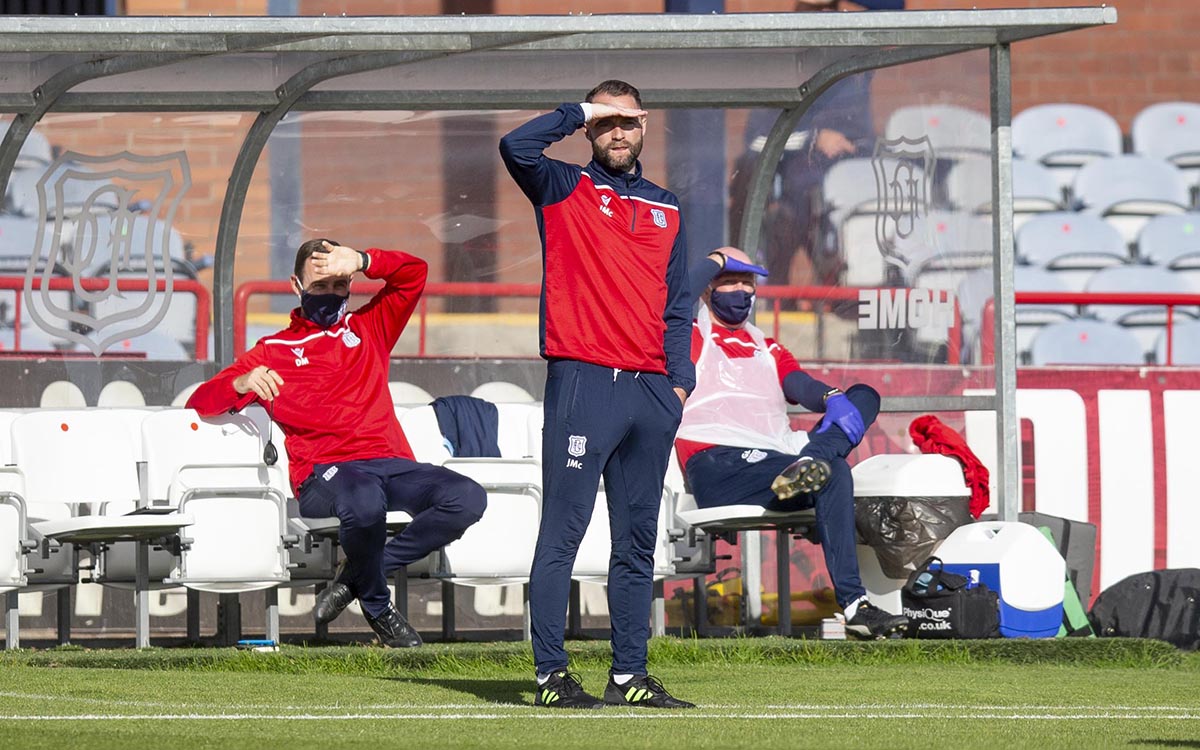 It was Cove Rangers for the second time in a week on Saturday as they visited the Kilmac Stadium and played out a 1-1 draw.

Manager James McPake spoke to DeeTV following the match, he said “It was a good game. Positives to get out of it was 90 minutes for Charlie and a few other boys which we needed to do.”

“Some of the stuff was really good, we are building towards the competitive stuff which is coming quickly now.”

“I’m pleased with the performance in general, there was good stuff and stuff we can look at and improve on.”

“I’m always cautious of saying it’s just about the fitness because you also need to get the ideas across that you are looking for during the season.”

A few players have been missing through injury and the manager gave us and update on those who have missed out, he said, “Jamie (Ness) and Shaun (Byrne) trained in the latter part of the week and we will pick them up next week. They probably need a good weeks training. Jordan Marshall is the same.”

One player who had to leave the match due to injury on Saturday was Finlay Robertson. He clashed with Fraser Fyvie early in the match which saw both players having to be substituted. Fin will be assessed over the next few days to see the extent of his injury.