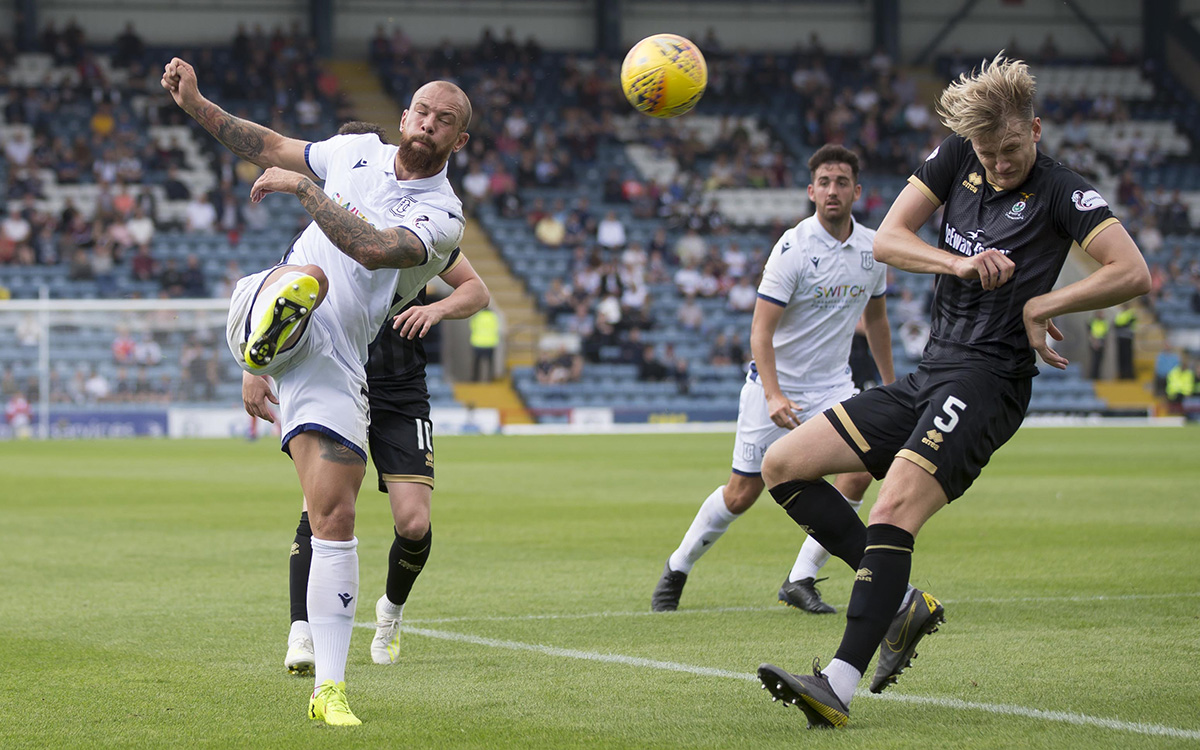 Dundee’s next match see them travel to the Highlands for our third game this season against Inverness Caledonian Thistle and here we round up everything you need to know ahead of the match.

Dundee fans will be housed in the South Stand and the prices are as follows:

Away fans have to purchase a ticket before going through the turnstile and Dundee fans should proceed to the Ticket Office in the Main Stand for card sales or to the Ticket Kiosk adjacent to the South Stand for cash sales.

Please allow yourself enough time to purchase a ticket before entering the stadium.

*Please note proof of age may be required

NICKNAMES: Caley Jags, The Pride of the Highlands

By Car from South:

From Perth head north on the A9 until you reach Inverness. At the Longman roundabout before the Kessock Bridge take the third exit and carry on around until you come to the stadium and away car park.

Note: be prepared for delays of up to 15 minutes on the A9 northbound approaching the bridge roundabout

Trains – Te nearest railway station is in Inverness city centre about 1 mile from the ground. Change at Perth for trains from Dundee

Buses – There are regular coaches daily from Dundee, Perth, Edinburgh, Glashow and Aberdeen from operators Megabus and Scottish Citylink.

A bus departs from the bus station at Farraline Park to the stadium 45 minutes before kick-off returning after the game.

Walking – The stadium is a 20 minute walk from the city centre and we advise you use the designated walking route through the Industrial Estate which is signposted from Longman Road and avoids crossing the A9 trunk road.

Dundee had to settle for a point from a scrappy goalless draw at home to Inverness Caledonian Thistle in August. Both sides tried hard in warm and humid conditions but neither could do enough to deserve three points in a game that offered little to thrill the fans. The Dark Blues had a slight edge for most of the match but the visitors might have sneaked victory at the end as Dundee went for all out attack with their substitutions.

Their competitive season started with a trip to Balmooor Stadium to face Peterhead in the Betfred Cup but it didn’t go to plan as the game ended 0-0 and the Blue Toon took the bonus point by winning the penalty shoot out 11-10.

They recovered in their second group game when they defeated Raith Rovers 4-1 at the Caledonian Stadium and in their next group game managed to get past Cove Rangers with a 3-2 win with Cove having a last minute goal disallowed.

Their final group game was a visit to the Kilmac stadium and a Danny Johnson goal was enough to send the Dark Blues through and knock Thistle out.

A third seasonal visit to the City of Discovery saw a 0-0 draw with Dundee before wins against Morton, Dunfermline and Queen of the South.

A surprise defeat at home to bottom of the league was followed by an excellent 2-0 win at high flying Ayr before dropping two points at the Caledonian Stadium to Alloa and losing at Morton.

A long midweek trip to Dumfries was rewarded with a 2-0 win over Queen of the South but a double Tayside defeat to Dundee United and then Arbroath keeps ICT just inside the play off positions.

In the Tunnocks Caramel Wafer Cup Inverness recorded home wins over Morton and Alloa to set up a quarter-final tie with League Two Clyde.

Inverness Caledonian Thistle’s 2019/20 matchday programme is a free digital edition which can be downloaded from their official website at https://ictfc.com/tag/2019-20-ictfc-programmes

Live audio coverage of this match will be available for subscribers to DeeTV.