“I’m looking forward to it” 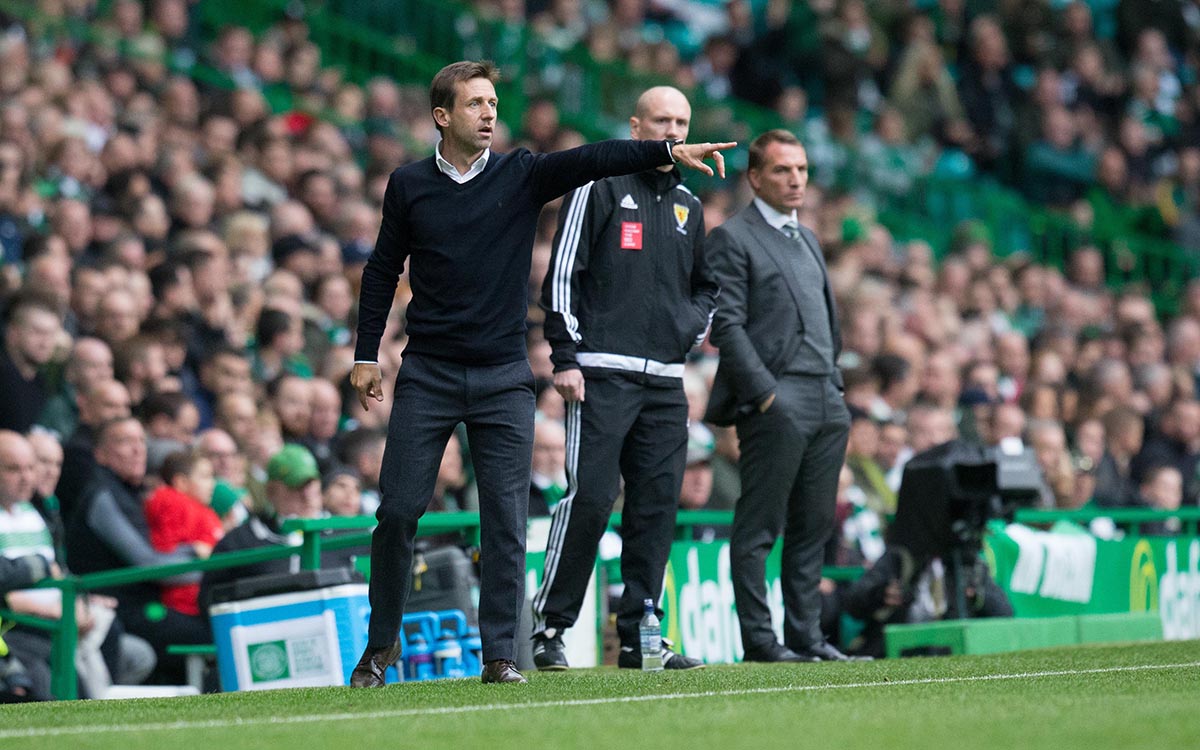 Neil McCann spoke to the press ahead of this Wednesday’s trip to Celtic Park.

The match was originally scheduled for February was postponed due to heavy snow fall. The manager said ahead of the rescheduled fixture, “I’m looking forward to it. We did a lot of preparation going into the last match which was cancelled due to the weather conditions.

“We had a lot of time to prepare for the Hearts game at the weekend, I thought it was a brilliant performance and should have yielded three points rather than one, which has been the story of our season.

“Generally our work, because of the six days with three big games, in the international break we did a lot of work with different games in mind. I would like to think we are well prepared again for the visit.

Sunday’s draw with Hearts was the start of a week which will see Neil take his squad to Glasgow twice, with a trip to Ibrox on Saturday up next after Wednesday’s match. He is looking to build on Sunday’s performance, “If we don’t properly apply ourselves, if we aren’t bang at it then that would be a reason that we wouldn’t get the same type of performance. Celtic clearly are the best team in the country. Myself and Graham (Gartland) went to watch them at the weekend and I thought they were really good. We know it will be difficult but we have to go there in the mind that we have prepared really well for the games coming up. We had a solid performance at the weekend and we are looking for more of the same.

The manager was also quizzed on reports of a rejected bid for defender Steven Caulker, he said of the offer, “It well exceeds the record fee we’ve received as a club and it’s been knocked out of hand.

“All in all, I’m very happy. It’s fantastic for Steven that he’s come here and in a short space of time a club has decided to try and prise him from us for that size of transfer fee. It shows how good a player he is but he’ll be going nowhere.

“I’m not prepared to say what it is but it’s well in excess of the fee that we received for Jack Hendry. The thing is, we sold Jack when I didn’t want to but the size of fee came in at the time. It was always about if we could fill that hole in the squad and we’ve done that.

“Because we’ve got that amount of money in for Jack it allows us now to turn bids down. There’s been other players that have attracted attention and there’s going to become the summer but at this minute in time we’re in a position that we’re comfortable to knock that type of money back.

“That says a lot about the club because it’s a big offer.”

Subscribers can watch the full press conference with Neil and Craig Wighton on www.dundeefc.co.uk/deetv