“I’m delighted to be back” 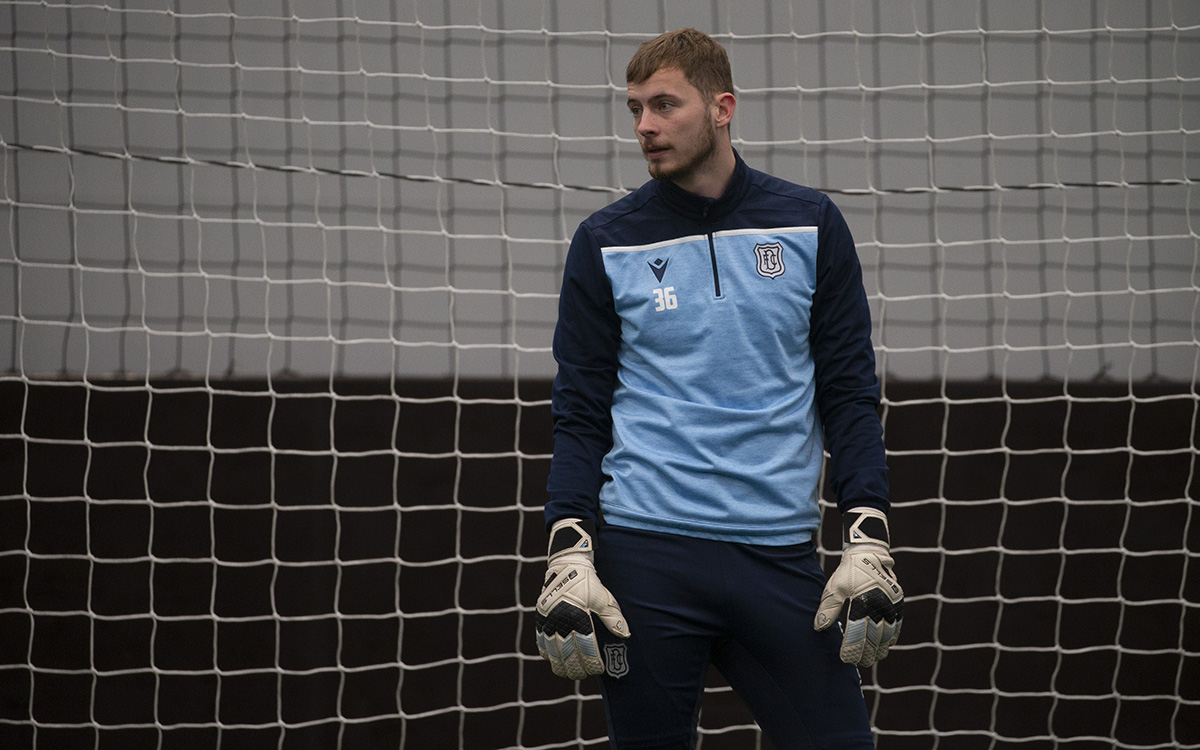 Goalkeeper Conor Hazard re-joined Dundee in January on loan from Celtic for his second spell with the club this season.

He came into the team for the match away to Greenock Morton before keeping a clean sheet last time out against Partick Thistle at the Kilmac Stadium at Dens Park.

Conor spoke to the broadcast media ahead of Saturday’s match with Queen of the South, he said, “My first spell here was brilliant. Really enjoyed it and I’m delighted to be back. It was good of the gaffer to give me the call.”

“It’s my third spell in the Championship after Falkirk and Partick Thistle but it’s a different environment as going in there we were fighting relegation. Now we are chasing promotion so it’s a different type of pressure but it’s a better pressure to be involved in. The fans here are very demanding but that is to be expecting because it’s a very big club.”

“This club expects to win week in week out. Things don’t go to plan every week but the majority of the time we should be coming out on top, with the way we play and the way the gaffer wants us to play and the pressure from the fans.”

The win over Partick got Dundee back to winning ways but Conor is focused on what is to come, starting with the trip to Dumfries this weekend, he said, “That win does mean a lot but we have a lot of games coming up in the next few weeks that will mean a lot more.”

“It should be a very good game. We are expecting to get three points again, it’s a different surface with the astro so it will be good to get involved in that as well.”