“I think Dundee was the best for me” 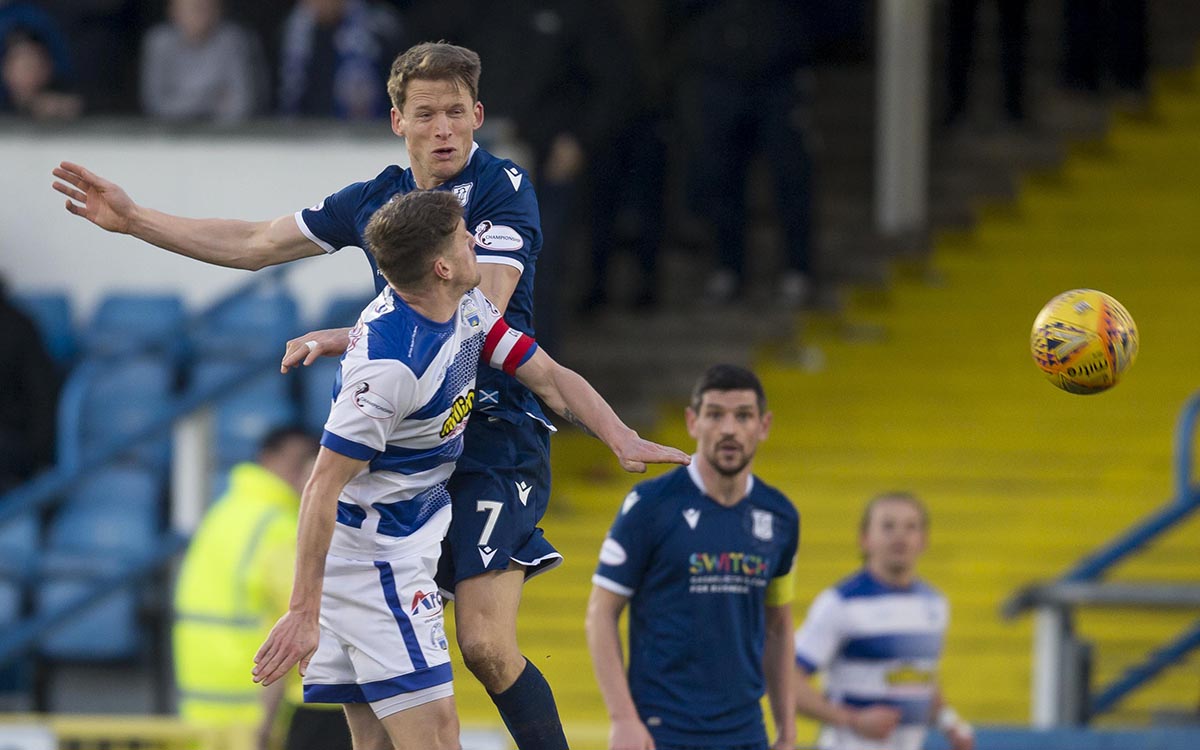 Christophe Berra joined the club on loan from Heart of Midlothian on Friday evening and less than 24 hours later found himself lining up with his new team mates in the 1-1 draw against Greenock Morton.

The defender played the full 90 minutes and spoke to DeeTV about his move and his debut, he said “I had other teams interested but I think Dundee was the best for me, I know a few players who play here, it’s a good squad, an ambitious club, an ambitious manager and somewhere I want to play my football. Play to the end of the season and help the team get to the play offs.”

“My last game was the Edinburgh derby so six weeks ago, in the back of your head you think ‘am I going to be ok’ but fitness-wise I felt fine, a wee bit of sharpness maybe, being on the front foot and timing headers which is normal if you haven’t played for six weeks, you can maybe be a split second off but as I play more that will come back.”

“It was a tough game, they were very physical, quite direct and they were very good at it. They make you defend. I don’t think our keeper actually had many saves to make it was just balls around the box which can fall anywhere.”

Much was made of Christophe’s choice of squad number, the number 7 a bit unconventional for a central defender but he told us, “A few of the boys have been asking about it. There wasn’t many numbers available and I didn’t actually think 7 as in a winger, it was more lucky number 7.”

He assisted Kane Hemmings to open the scoring in the 1-1 draw before Morton levelled and ended the match with 10 men, he continued, “We started well, on the front foot. Their equaliser takes a wee deflection from the free kick. Away from home, games are difficult when they get on the front foot and it can sometimes feel you are under more pressure than you really are.”

“When they got a man sent off, going down to 10 men, it’s probably the worst thing that could have happened to us. They sit back, happy to take the point and maybe hit on the counter attack. It’s not an easy task especially when the pitch, no disrespect, is not like a carpet and you can’t just play one twos around the box, wee balls here and there. People are concentrating on their touch a bit more. It wasn’t an easy task. I’ve never played here before but if they play like that it is a difficult place to come.”

Christophe and Christie Elliott both made their debuts at Cappielow with other deadline day signing Tom Field set to join the squad early this week, the on loan Hearts man is looking forward to getting a full week’s training ahead of next weekend’s match with Partick Thistle at the Kilmac Stadium at Dens Park, “I signed last night and I’ve played against a lot of the boys before but even getting used to peoples names and new signings as well. It will be good to get a week’s training in, hard work and prepare for the game against Partick Thistle.”