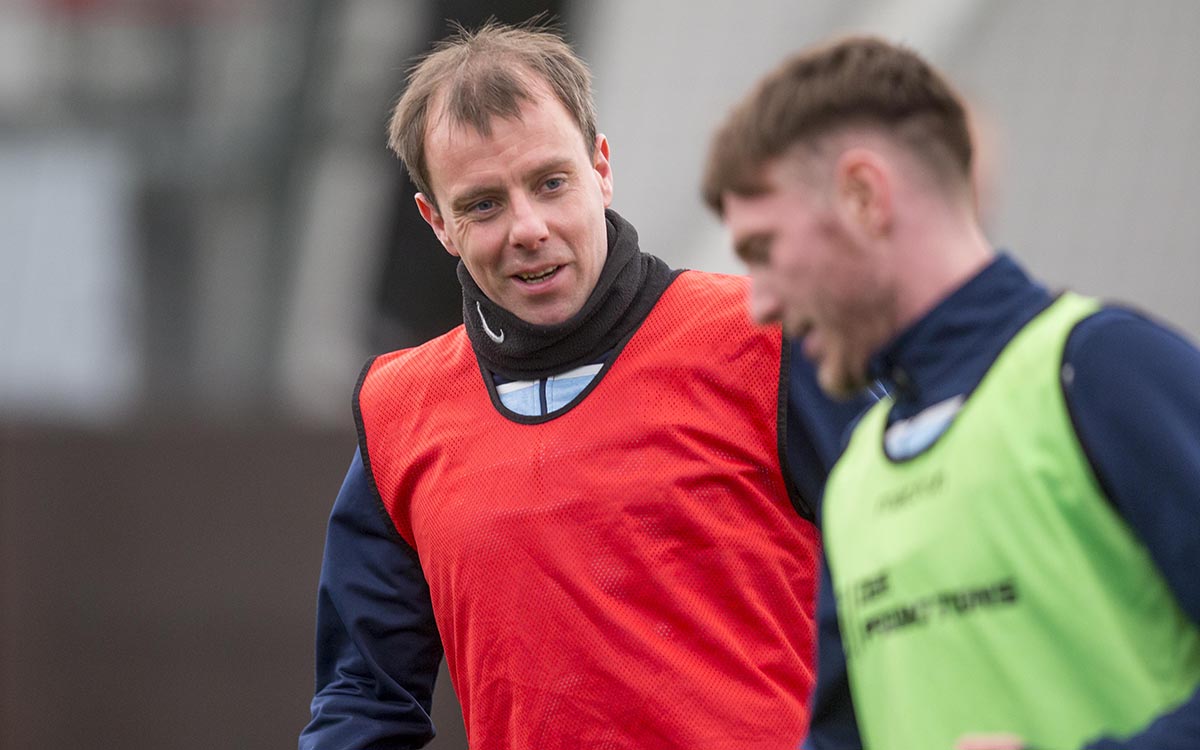 “I feel confident in the squad”

Paul McGowan spoke to the broadcast media ahead of this Tuesday’s match with Alloa Athletic at the Kilmac Stadium at Dens Park.

Saturday’s match with Arbroath was called off in the morning and the team headed in for training in the afternoon. Paul said of the weekend, “It was hugely disappointing but it’s just one of these things that is taken out of our hands.”

“The waiting to see if the game was on or off, we get the text to say it’s off then we are told we are in for 3 o’clock training. It’s not ideal but we need to go again.”

“There is nothing the groundsman or anybody else could have done about it, the pitch is actually looking better now than it was.”

The team head into the match with Alloa on the back on two wins and Paul insisted the team are still taking it a game at a time, “We are on a good wee run, the most important thing is we have looked solid. Big Christophe has come in and steadied the ship a bit with his experience.”

“We want to keep the run going. It’s going to be another difficult game against Alloa, hopefully we can get the result there and keep going. We just want to worry about each game, each week, and take care of that, let other things take care of themselves. We can’t worry about that, we just have to look after ourselves.”

“It’s not been a great season for us, we’ve been up and down. It looks like we’ve turned a corner then we go on a run of getting beat again. There’s been some difficult periods. Hopefully now we have turned a corner. We are still in the play-offs. We need to keep pushing on, keep pushing as high up as we can and who knows what could happen. I feel confident in the squad now. We’ve added a couple of good players and we are looking a hell of a lot stronger.”

“We just need to take each week as it comes. It will be a hard game. Alloa are, for me, up there with one of the best footballing sides in the league. I know their position says otherwise but they have stuck to their beliefs, they play the right way, credit to them and Peter Grant.”