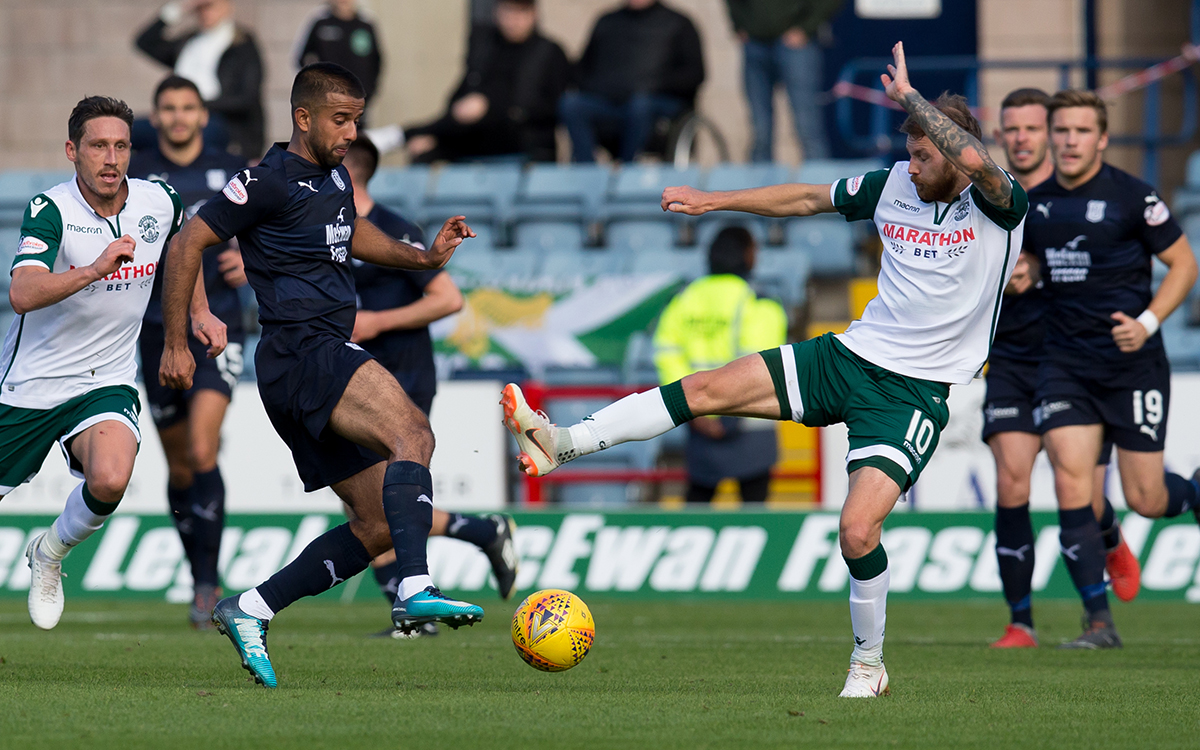 Dundee’s next match sees them travel to Edinburgh to take on Hibernian at Easter Road and here we round up everything you need o know ahead of the match.

Easter Road Stadium is approx. thirty minutes from Edinburgh Airport, five minutes from Waverley Station and within easy reach of the main routes to Dundee, the South and West. The Stadium is situated on the north east side of the City of Edinburgh and is on the east side of Easter Road, in Albion Place/Road. Dundee Supporters will be accommodated in the South Stand.

Local Bus Service – The Lothian Region Transport buses depart Princes Street every few minutes and stop in London Road at Easter Road, which is only a few minutes walk to the Stadium. Route maps are located at most bus stops.

Train Service – Edinburgh Waverley is well served by trains from Dundee and all over the country adjoins Princes Street. The Stadium is about a 20-25 minute walk from Princes Street. There is a taxi rank situated within the Station.

From the North – From the A8000, the M9 Motorway and then the M8 Motorway for Edinburgh. Directions are then as “From the West”.

Coach Parking – Coaches (including Minibuses) should follow the routes detailed above up to London Road, then into Montrose Terrace and Regent Road. Regent Road is reserved for Visiting Coach Parking only, under Police direction. Supporters are required to disembark and embark in this area, then walk down Easter Road, right into Bothwell Street, over the footbridge to Albion Road. This is approx a 10 minute walk. Please note that Coaches /Minibuses are not permitted in the vicinity of the Stadium either to drop off or pick-up supporters.

Parking in the area of the Stadium is controlled by a Temporary Traffic Regulation Order (coned areas).

A tow-away scheme is in operation for illegally parked vehicles. Persons with disabilities displaying a valid Disabled Parking Badges on their vehicles will be permitted to park on the south side of St Clair Street under the direction of Parking Attendants/Police.

Dundee lost 3-0 at home to Hibs in September as Florian Kamberi, Martin Boyle and Thomas Agyepong scored the goals that left the Dark Blues without a point after six matches. Dundee started well and were in contention throughout the first half. When Hibs stepped up a gear after the break, however, Dundee had no answer.

Hibernian’s season started in the Europa League qualifiers in July and in their first match defeated NSI Runavik 6-1 at Easter Road before a wee scare in the Faroe Islands before a 6-4 win.

A 4-3 aggregate victory over Greek side Asteras set up a tie with Molde but after a 0-0 draw in Edinburgh, Hibs were knocked out after a 3-0 defeat in Norway.

In the Premiership Hibs opened their campaign with a 3-0 win over Motherwell and followed that up with draws against St Johnstone and Aberdeen before a surprise defeat away at newly promoted Livingston.

In the Betfred Cup Hibs have reached the quarter-finals after an exciting 3-2 win over Ross County but exited the competition on penalties after a 0-0 draw with Aberdeen at Easter Road.

Hibs then went a four game winning run against Kilmarnock, Dundee, St Mirren and Hamilton before losing 4-2 in an exhilarating match at Celtic Park.

The first Edinburgh derby of the season was a controversial one but ended 0-0 and it was followed by two 1-0 defeats to St Johnstone and Aberdeen meaning Dundee travel to the Capital with the Hibees on a four game winless run.

The club have had confirmation from Hibernian that there will be tickets on sale at Easter Road ahead of the match.

Fans can pay by cash or card at the ticket pod located behind the south stand, next to where Dundee fans will enter the ground.

PROOF OF CONCESSION STATUS MAY BE REQUIRED AT THE TURNSTILE

This match will be available to watch live to fans outside of the UK who are virtual season ticket holders or alternatively for a one off payment of £5.