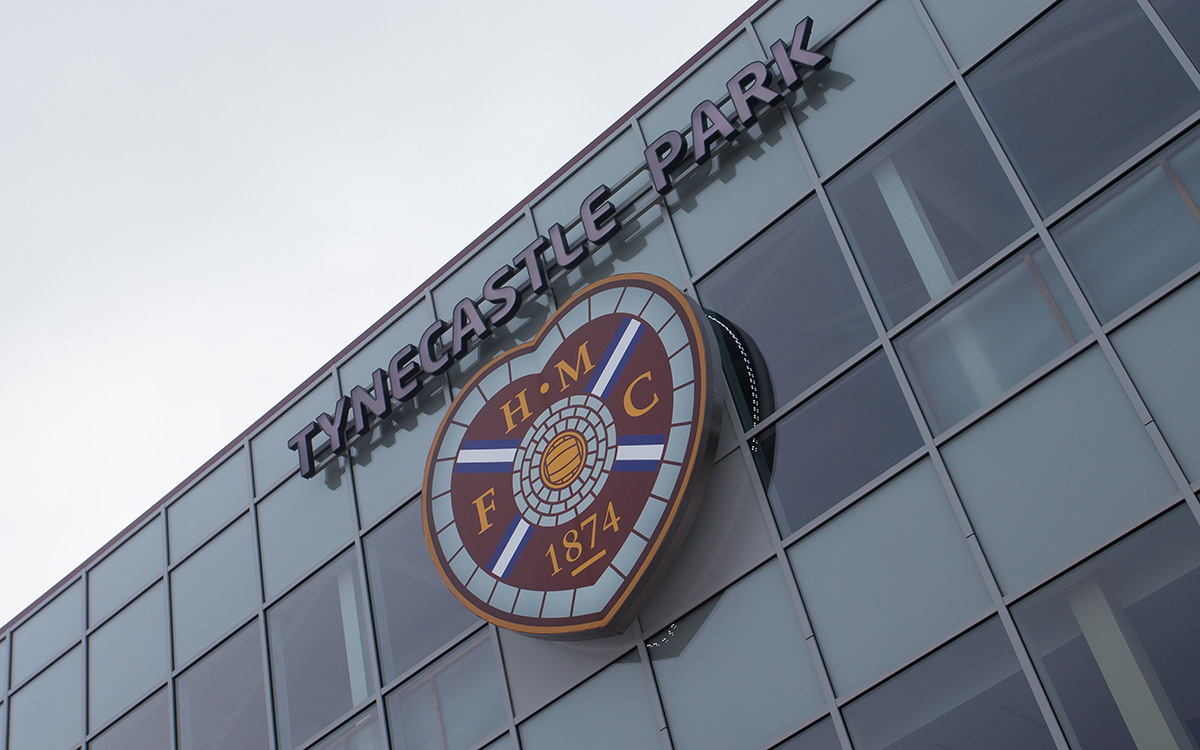 Dundee travel to Tynecastle on Wednesday to take on Hearts in the Ladbrokes Premiership and here we round up everything you need to know ahead of the match.

General Directions – Tynecastle Stadium is located close to the West End of Edinburgh and can be located from there by taking the Dalry Road fork at Haymarket and continuing until Dalry Road joins Gorgie Road.

From the Edinburgh City Bypass (A720), take the A71 Edinburgh West slip road and follow signs for City Centre.

Away Supporters (Roseburn Stand) – Away supporters are allocated in part of the Roseburn Stand which is located at the north end of the stadium. Access is by the McLeod Street turnstiles 23 – 32. Coach parking is in Russell Road, which is accessed from McLeod Street as shown on the plan linked above.

Travel from the North – Join the A8 Corstorphine Road and travel along it until you reach the Haymarket junction. Take the right-hand lane in the one-way system (West Maitland Street, Torphichen Place and Morrison Street) before bearing left along Dalry Road until you join Gorgie Road. Travel along Gorgie Road until you pass under the railway bridge. McLeod Street is immediately on your right with the Tynecastle Arms on the corner. Proceed along McLeod Street until you join Russell Road. Coaches are parked here or on the overflow areas in Roseburn Street.

Train – If travelling from the West and North, disembark at Haymarket Station (the last stop before Waverley Station) and proceed along Dalry Road and Gorgie Road.

If travelling from the South, continue your journey through Waverley Station to Haymarket Station.

Car – There are no special parking arrangements and traffic wardens strictly control street parking in the immediate vicinity of the stadium.

The disabled car park which was to the rear of the away stand has been shut down due to safety reasons. There is an alternative car park in Wheatfield Place which away fans can use if any home fans cancel their space however it is a long walk to the away section even pushing/guiding wheelchair.

However unlike Mcleod Street, Wheatfield Place does not close an hour before kick off so fans can be dropped off near the away turnstiles with a driver then taking the vehicle to the car park and picking it up after the final whistle. Anyone who would like to use this should contact Neil Cosgrove in the club ticket office with their name, registration and contact details (email & mobile).

Jim McIntyre’s first home game as manager ended in disappointment as Hearts ran out comfortable 3-0 winners against the Dee last October. The Dark Blues gave themselves an insurmountable task by conceding goals at the start of each half and missing a penalty. Oliver Bozinic scored after two minutes and Steven Naismith added a quick second. Calvin Miller missed from the penalty spot and when Steven MacLean scored the third goal in the first minute of the second half the points were safe for Hearts.

Heart of Midlothian’s Season So Far

Hearts had a fantastic start to the season and came to the Kilmac Stadium in October at the top of the Ladbrokes Premiership.

They also reached the Betfred Cup semi-final and started their season by topping their League Cup section thanks to an opening day win at Cove Rangers, a penalty shoot out bonus point win over Raith Rovers and two 5-0 victories over Inverness Caledonian Thistle and Craig Levein’s old side Cowdenbeath.

In the knock out stages Hearts defeated Dundee’s section winners Dunfermline 1-0 at East End Park and then Motherwell 4-2 at home in the quarter-final before losing 3-0 to Celtic in the semis at Murrayfield.

By then they had already beaten Celtic 1-0 in the Premiership on matchday 2, a week after a 4-1 win over Hamilton at Hope CBD Stadium and followed them up with wins over Killie, St Mirren, Motherwell and St Johnstone as well as a draw with Livingston.

Their only defeat before the international break came at Ibrox but they bounced back with an excellent 2-1 win over Aberdeen at Tynecastle and then a 3-0 win over Dundee at Dens.

After the League Cup semi Hearts drew 0-0 with rivals Hibs but their title credentials were then dealt a blow with a 5-0 defeat at Celtic Park. This was then followed by three straight defeats to Killie, St Mirren and Rangers and it was obvious they were missing talisman Steven Naismith who was injured in the League Cup semi.

After a draw with St Johnstone and a win at home to Motherwell The Jambos reached a nadir in the next game with a 5-0 loss to Livingston at Almondvale before slipping to 2-0 home loss to a resurgent Aberdeen.

In the last two games before the winter break Hearts recovered with wins over Hamilton and Hibs and in the first game back at the weekend got revenge over Livi by knocking them out of the Scottish Cup with a 1-0 win.

Tickets will be available for the ‘Ticket Pod’ outside the Roseburn Stand.

Only the Upper Section of the Roseburn Stand is available

Hearts’ match programme is priced £3.50 and is available in the Hearts club shop or from sellers in and around the ground

This match will be available to watch live to fans outside of the UK who are virtual season ticket holders.

The pre-match press conference is also available to view on DeeTV from Tuesday.

If you are out with the UK you will also be able to take advantage of our Live Streaming package for every home game and the majority of away matches.