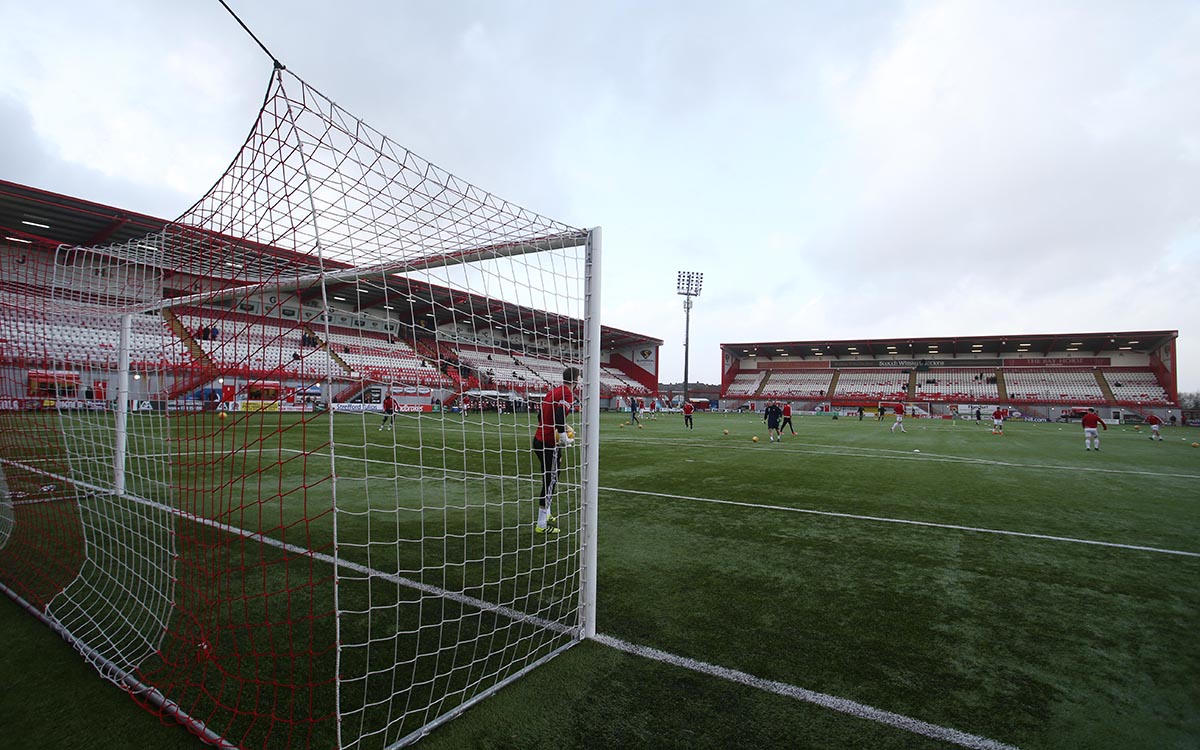 Dundee’s travel to Lanarkshire on Saturday to take on Hamilton Academical in the Ladbrokes Premiership and here we round up everything you need to know ahead of the match.

The The Hope CBD Stadium is located less than two minutes away from Hamilton West Station, with the two sites connected via a convenient walkway.

The Dark Blues gave Jim McIntyre his first win as Dundee’s manager with a 4-0 thumping of Hamilton Accies at the Kilmac Stadium at Dens Park at the start of December. Kenny Miller was the star of the show with a hat trick. His first goal put the Dee one up at half time and he quickly added a second after the restart. Jesse Curran’s first goal for the club arrived midway through the second half and Miller rounded off a perfect evening by completing his hat trick near the end.

Hamilton’s season started with a disastrous defeat away at Annan in the Betfred Cup and after draws with Livingston and Airdrieonians and a 4-0 win at Berwick, it was not enough to progress from the group.

Accies opened their Premiership campaign with a 4-1 defeat at home to Hearts but followed that up with a welcome 1-0 win at Fir Park in the Lanarkshire derby.

Accies however went to lose their next three games to Celtic, St Johnstone and Livingston before defeating St Mirren 3-0.

They couldn’t build on that win however as The Dee departed from New Douglas Park with a well-deserved 2-0 win in their next match.

This was followed up with two heavy defeats at Hibernian (6-0) and at home to Rangers to Rangers (1-4) but they stopped the rot with a well earned point at Rugby Park against in form Kilmarnock.

A midweek trip to Aberdeen saw a 3-0 loss for the Accies but again they recovered against an in form side with a 1-0 at home to Livingston.

A tough 4-0 defeat in Perth came next and this was followed by a 3-0 defeat at home to Celtic and the Dark Blues added to Accies’ misery at the start of December with a 4-0 win at Dens.

Since then Hamilton have only scored twice in a 1-1 draw at home to Killie and a in a 2-1 defeat to Motherwell and have also lost to Hibs, Rangers, Hearts, Aberdeen and Celtic and to St Johnstone in the Scottish Cup.

After their loss to Celtic, Accies manager Martin Canning left the club by mutual consent after a run of five consecutive defeats.

Tickets are now available for the match at The Hope CBD Stadium from the ticket office at Dundee Direct, in person, online or by phone on 01382 889966 (Option 1)

There will be cash turnstiles at the stadium for Dundee supporters.

Dundee fans will be housed in the Spice of Life (North) Stand and the prices are as follows:

Disabled Supporters can purchase from HAFC’s Ticket office (right hand side of main entrance in West Stand) prior to entering the stadium. Tickets should be booked in advance on 01698 368650 or at [email protected]

Hamilton’s match programme is a 46 page, full colour A5 edition. which features detailed pen pictures of the away team and a couple of Head to Head articles.

Priced £2.50 Academia is available in and around the Hope CBD Stadium and in The Accies club shop in the main stand

Live audio commentary of the match will be available for all subscribers from this match.