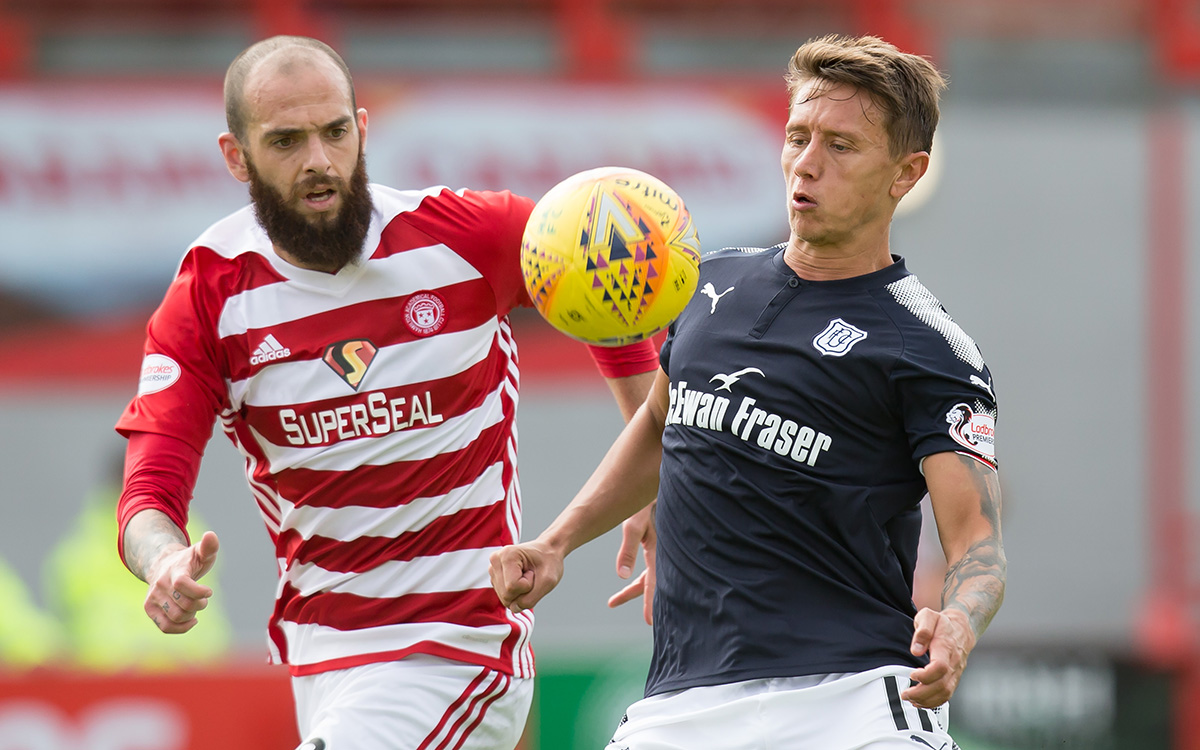 Dundee welcome Hamilton Academical to Dens Park on Saturday and here we round up everything you need to know ahead of the match.

Greg Aitken has been refereeing since 2002 and was admitted to the SFA list in 2007. He became a category 1 referee in 2011 and last refereed a Dundee match in the SPFL Championship winning campaign when he took charge of the Cowdenbeath v Dundee match at Central Park in October 2013. This will be Aitken’s first game in charge at Dens Park.

The Dee travelled to the SuperSeal Stadium for the second Premiership game of the season in August and paid a harsh price for a few moments of slackness in defence and some horrendous finishing as they went down 3-0 to Hamilton. Darian MacKinnon and Steven Boyd put Accies two up at half time, and Dougie Imrie added a third with a late penalty. All the best chances fell to the Dee who failed to convert a series of excellent chances, including a penalty missed by Scott Allan.

Accies opened their season with a 3-1 Betfred Cup victory away at Lowland League side East Kilbride and went on to top their group. It wasn’t all plain sailing however as they required two bonus points from penalty kick wins after a 1-1 draw with Queen of the South at home and a 4-4 draw with Albion Rovers away.

In their final group game top spot was sealed with a 3-0 win at home against Stenhousemuir with Hamilton scoring 11 goals in their four games.

They failed to hit the target however in their first Premiership game when they went down 2-0 to Aberdeen at Pittodrie.

Hamilton then had to complete a double header with The Dons when they drew them at home in the second round of the Betfred Cup and despite an improved performance from the one at Pittodrie, they still went down 1-0 and out the League Cup.

After defeating Dundee at home in August, Hamilton had an excellent 3-1 win over Easter Road and then picked up a point at point at Rugby Park but after that went on a six game losing streak.

Tickets for the match against Hamilton at Dens Park are on sale now online and from the Ticket office.

Dundee’s 2017/18 match programme The Dee will be available to buy at the Hamilton game in and around the ground and in the club shop. It is a full, colour 52 page edition packed with news, views, features and exclusive interviews which this week include:

DFC in the Community update

Fans from outside of the UK who are virtual season tickets will be able to watch the Hamilton match live on DEETV or alternatively they can view it for just £5.