Group stage ends with defeat but progression in cup 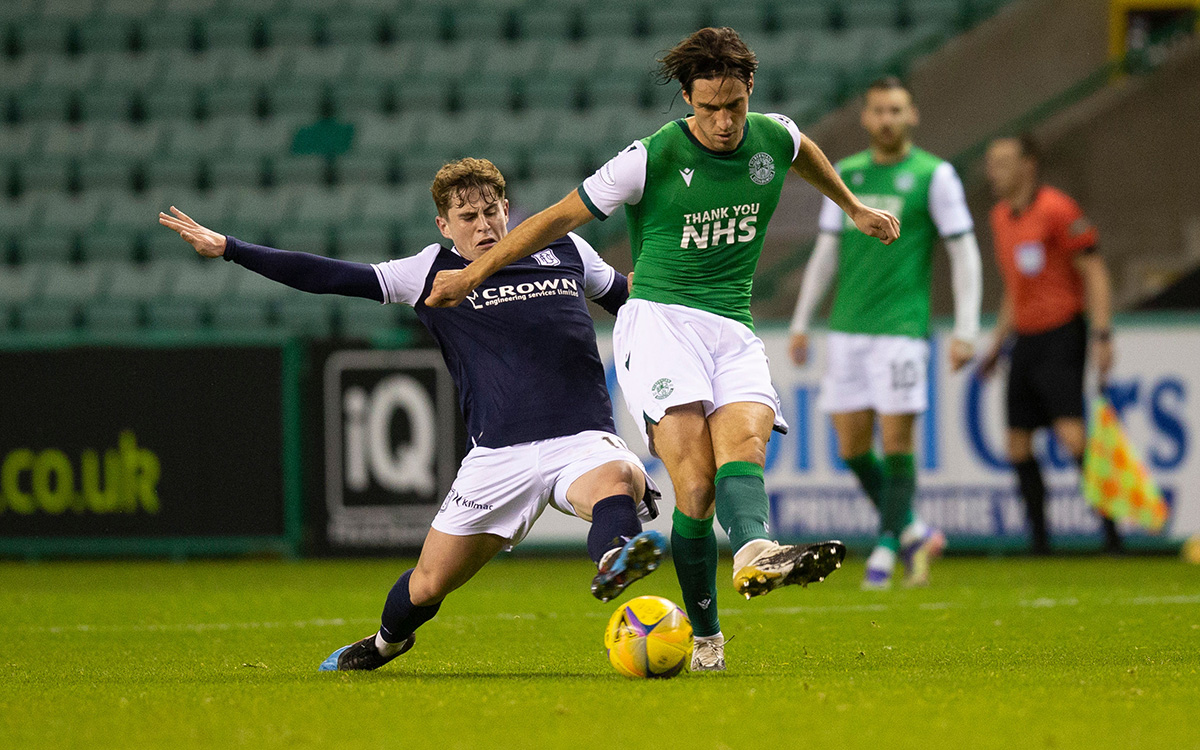 Dundee finished their Betfred Cup Group B campaign with a 4-1 defeat in Edinburgh against Hibs. Stevie Mallan gave Hibs an early lead but Christie Elliott equalised midway through the second half. The Dark Blues looked as if they might go on to take top place in the group, but Hibs slammed the door shut by scoring three times in only six minutes from a Jordan McGhee own goal followed by goals from substitutes Jamie Gullan and Merkel Hellberg. Despite the defeat Dundee qualified for the last 16.