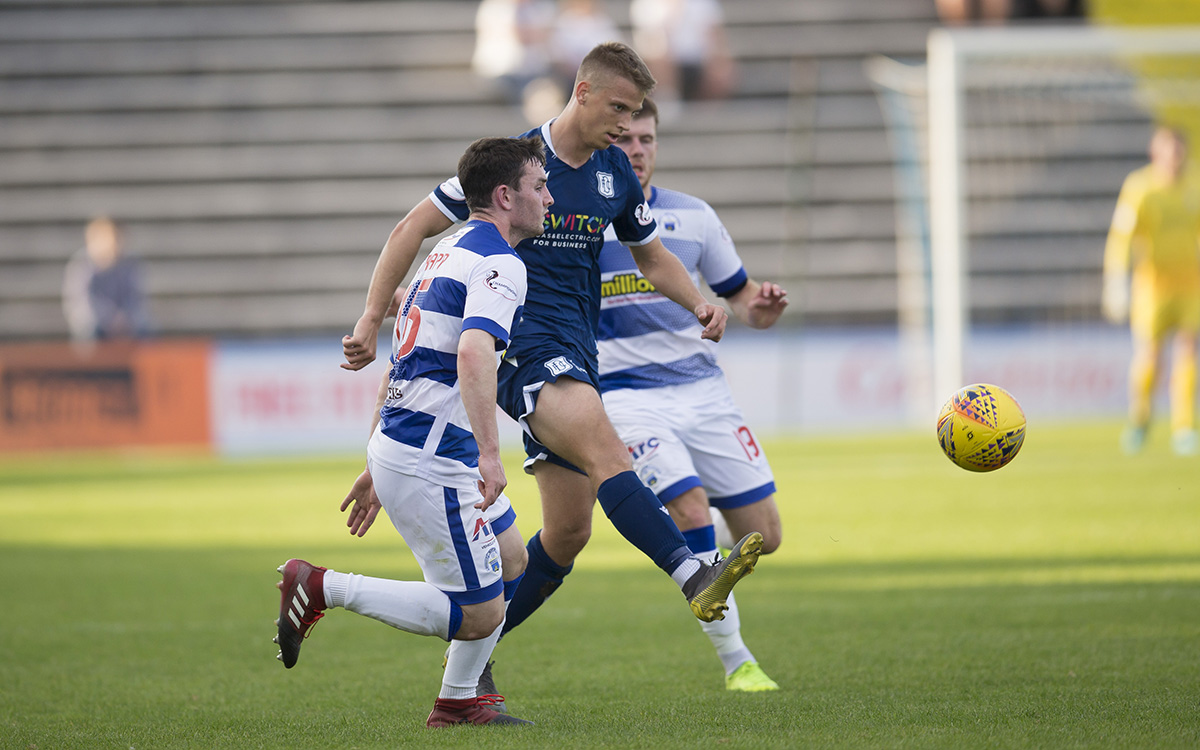 Dundee host Greenock Morton in the Ladbrokes Championship on Friday and here we round up everything you need to know ahead of the match.

The ticket office is often busy on a match day and fans are encouraged to buy their tickets as early as possible. It is open from 10am on match day.

As you approach Dundee on the A90 you will arrive at the Kingsway at the Shell garage, continue straight ahead (A929) then turn right at the traffic lights along Clepington Road, follow the signs for ‘Football Traffic’.

Dundee suffered a disappointing 1-0 defeat against Morton in Greenock, in September, losing out to a header by Peter Grant on the stroke of half time. Despite endless possession in the second half the Dark Blues couldn’t break down Morton, whose hard work and dogged defending continually frustrated The Dee.

Morton’s season started with a 6-1 thumping of Dumbarton in the Betfred Cup at Cappielow but lost 4-0 away at Motherwell in their next group game. The goals continued to rain as Morton hit Annan for five at Galabank before finishing their section with a 3-3 home draw with Queen of the South with the bonus point from the penalties enough to see the Greenock side through as one of the best runners-up.

In the second round, Morton travelled to Edinburgh to face Hibs and there were eight more goals in a high scoring campaign with Hibs winning 5-3 to progress to the quarters.

In the Ladbrokes Championship, Morton started their league season with a 4-2 defeat at Ayr United before a 3-2 win at home to Partick.

Inverness won 5-0 at the Caledonian Stadium at the end of August and then the following week it was back up to the Highlands, this time in the Tunnocks Caramel Wafer and the home triumphed again, this time 3-1.

Morton’s next game was a trip to Dumfries which Queen of the South won 1-0 thanks to a Faissal El Bahktaoui winner but they followed that up with a 1-0 win over Dundee at Cappielow.

They couldn’t replicate that the following week when they went down tamely 6-0 at Tannadice and the poor form continued with a draw with Dunfermline and defeat to Arbroath.

Last weekend Morton gained some revenge for their double defeat to Caley earlier in the season when they sent Inverness back to the Highlands with a 2-1 defeat but in Tuesday went down 3-2 at home to Ayr.

Dundee’s 2019/20 match programme The Dee will be available to buy at the Morton game in and around the ground and in the club shop. It is a full, colour 48 page edition packed with news, views, features and exclusive interviews which this week include:

Fans from outside of the UK will be able to watch the Morton match live on DeeTV with a virtual season ticket. You can sign up for DeeTV for just £12 a month or an annual fee of £120 on the official website where you will also have access to highlights, interviews and all the Dundee FC goals at the click of the button

The full ninety minutes of the match will be available to every subscriber of DeeTV on Friday while a shorter highlights package will be available on Saturday alongside exclusive post match interviews with the manager and players.