George to be inducted to Hall of Fame 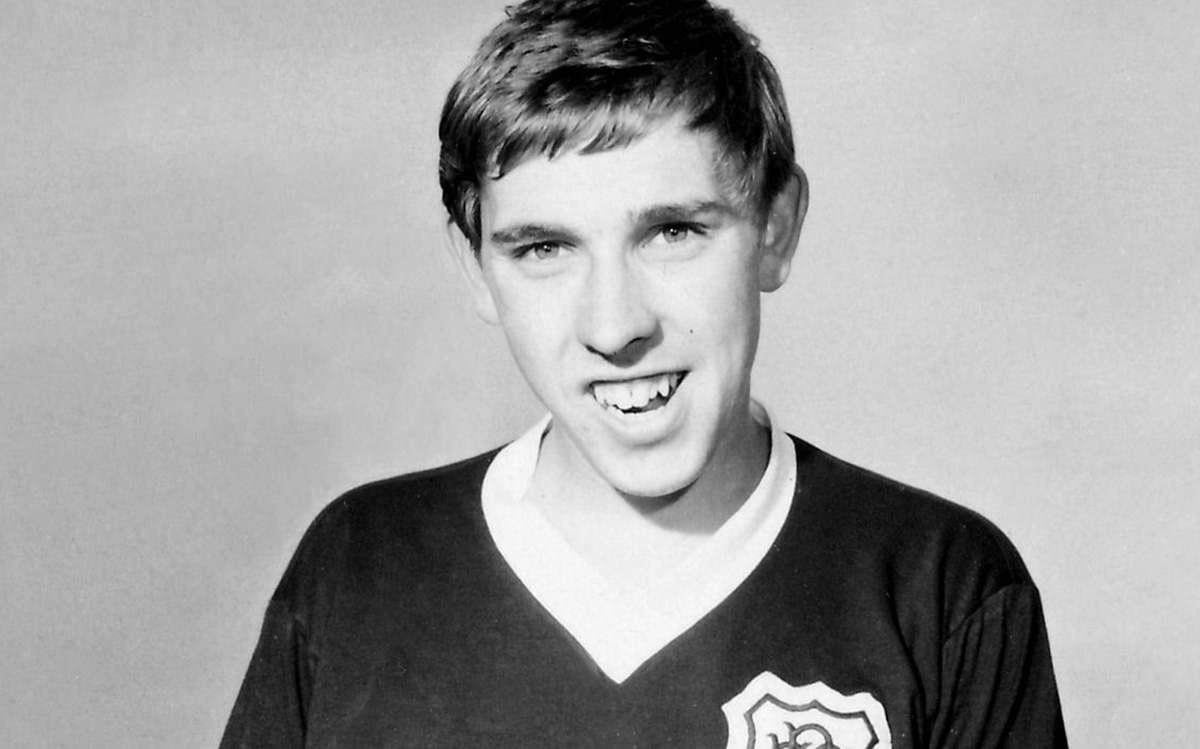 Dundee Football Club are delighted to announce that League Cup winner George Stewart is being inducted into the 2019 Hall of Fame with a Legends Award at our event which will take place on Friday 29th March 2019 at the Invercarse Hotel. For full details for buying tickets – click here

Stewart’s 12 year career at Dens Park saw him play in a European semi-final, ten domestic semi-finals and two national cup finals and pick up winners’ medal as part of the Dundee side which won the Scottish League Cup in 1973.

Born in Edinburgh on August 29th 1947, George Stewart joined the Dark Blues from Tynecastle Boys’ Club in 1964 and made his debut in the first team three years later in a 0-0 home game against Partick Thistle on February 25th 1967. The big defender came into the side to replace the out of form Jim Easton and being compared favourably to Ian Ure, he played in eight of the last nine league matches which clinched a spot in the Inter-Cities Fairs Cup.

Stewart kept his place in the side at the start of the 1967/68 season and when the Fairs Cup campaign began in the Olympic Stadium against D.W.S. Amsterdam, he made the first of 12 appearances in Europe for Dundee. Seven of those appearances came in the 1967/68 season as the Dark Blues reached the semi-final stage where they lost out to Leeds United with Stewart playing in both legs.

Four years later the Fairs Cup was renamed the U.E.F.A. Cup and Dundee were back in the competition and in the second round they faced old foes Cologne. Having missed both legs of the 5-2 aggregate victory over A.B. Copenhagen, Stewart was back in the starting line up in the Mungersdorf Stadium where Dundee lost the first leg in controversial circumstances.

Just after the break Cologne opened the scoring when Rupp’s short corner was dummied by Flohe only for Rupp himself to set up Sheermann to score. Two consecutive touches from corner kick are not in the rule book but the dummy had confused the referee as well as the Dundee defence and the goal stood.

Despite an equaliser from Alex Kinninmonth, Lohr got Cologne’s winner seven minutes from time but in the second leg Dundee got revenge storming back from 4-2 down on aggregate with twenty minutes left to play to famously win 5-4.

The third round paired Dundee again with another old opponent from the 1962/63 European Cup run, this time A.C. Milan and Stewart played in both legs where a superb 2-0 win at Dens wasn’t enough to overturn the 3-0 defeat in the San Siro in the first leg.

Stewart played in four different European campaigns and scored one of the ten goals he got for Dundee in the U.E.F.A.Cup at home to Twente Enschede in September 1973.

Domestically Stewart had a good record in cup competitions with The Dee and in 1967 earned a runners-up medal when Dundee lost 5-3 to Celtic in the League Cup Final in one of the best matches ever seen at Hampden.

Six years later the same sides met again in the final of the same tournament and by then Dundee had played Celtic a further ten times in cup competitions, losing seven, drawing two and winning just one where they still went out on aggregate in the 1972 League Cup quarter-final. Stewart played in all but one of those matches which included the Scottish Cup semi-final defeats in 1970 and 1973 and with that record in mind, Celtic were overwhelming favourites to win the League Cup again in December 1973.

Against all expectations however, Dundee gained revenge for all those recent losses when Gordon Wallace’s superb goal with 15 minutes left was enough to take the trophy back to the city of ‘Jute, Jam and Journalism’. In The Courier match report the following Monday, Stewart was given a top score five star rating and it stated that Gemmell, Stewart, Duncan, Ford and Wallace were Dundee’s top men.

It was the undoubted highlight of George’s career at Dens but he expresses a slight disappointment that having played in so many semi-finals, the League Cup victory was his only winners’ medal with the Dark Blues.

Season 1975/76 was to be Stewart’s last in a Dundee shirt as relegation from the inaugural Premier Division meant that costs had to be cut and George was transferred to Hibs for £37,000.

Stewart was moving to his native Edinburgh, having commuted by train to Dundee during his time at Dens but the enigmatic 28-year old was a big loss to the Dundee defence.

Powerful in the air with a good touch on the ground, Stewart had been a popular character in both the dressing room and on the terracing is part of the last Dundee side to win a major trophy. He always talking with pride of his 292 appearances for The Dee and now deservedly enters the Dundee FC Hall of Fame, joining five of his team mates from that iconic 1973 side.