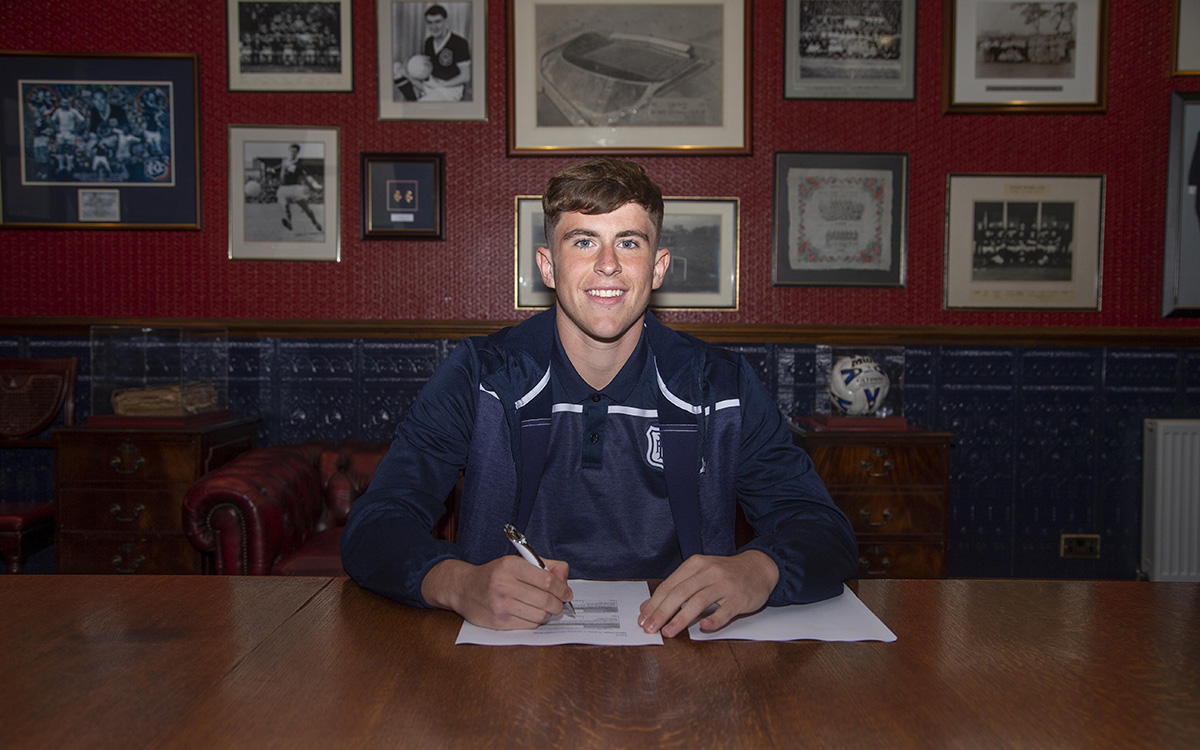 17 year old Finlay made his debut in the final match of the 2018/19 season against St. Mirren and went on the make a further 21 appearance for the club last season.

His impressive first season in the first team saw him earn international honours when he was called up to the Scotland under 19 setup.

He was also awarded the Isobel Sneddon Young Player of the Year following the end of the 2019/20 campaign.

Manager James McPake was delighted for the young midfielder to put pen to paper and said of the extension, “It’s as important as any other business we’ve done this summer, getting Finlay tied down, particularly with the interest other clubs have shown in him.”

“We believe he is at the right place and Fin, his family and his agent believe the same. We are delighted that he has committed his future to the club.”

“I’ve worked with him since he was 14 and always knew if he worked hard and did the right things he could have a career in football. This is just the start for him and we believe with the experience we have in the dressing room and Fin’s eagerness to learn it’s only going to make him a better player.”