“Excellent from start to finish” 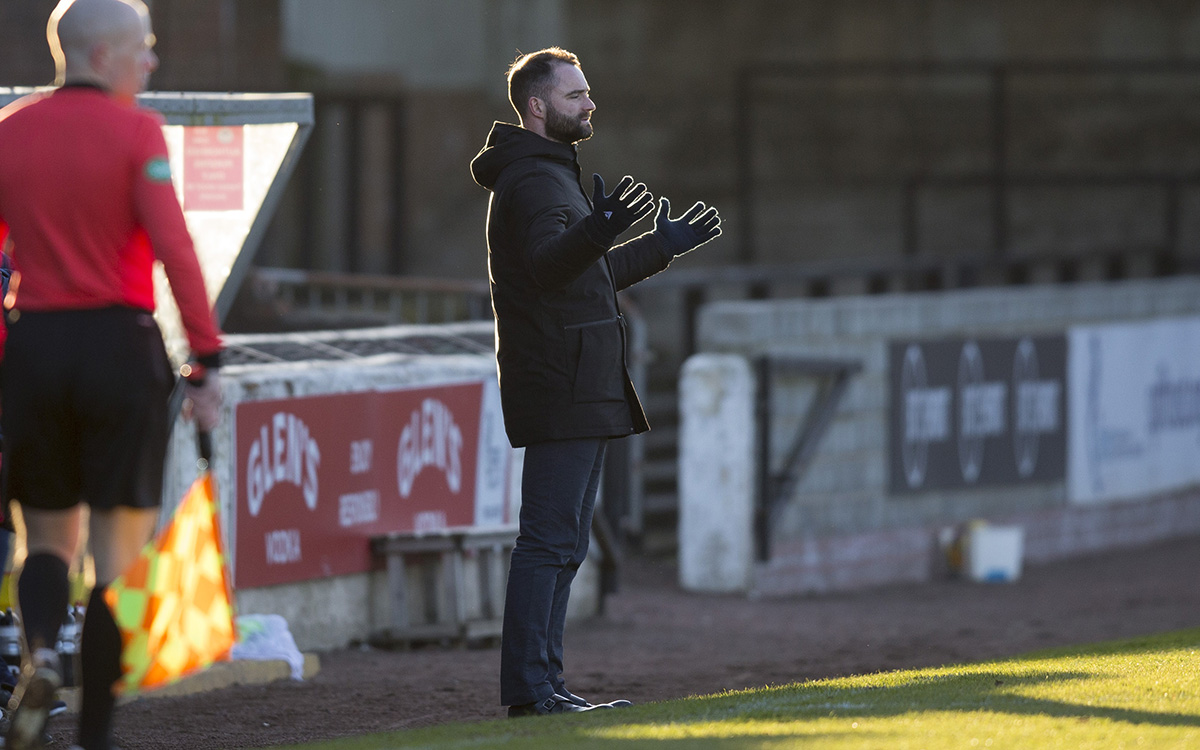 James McPake watched his side make it three wins in the a row in the Championship as they came away from Somerset Park with a convincing victory over Ayr United.

The manager spoke of his delight to DeeTV following the 3-0 win, he said “The performance was excellent from start to finish. As we well know, it’s a very tough place to come.”

“Three weeks ago tonight was a low point in my time in charge, I think it was a low point for the fans as well when they turned us over at Dens. I think we were naive in that game. He (David Hopkin) hadn’t been long in and it was a different Ayr United to which were used to playing against Mark Kerr or Ian McCall and that night we were poor.”

“We needed to make amends tonight and I think the way we did it was particularly pleasing. Not many teams come here and win as convincing as that, likewise I spoke to you about Alloa a couple of weeks ago, very tough venues to go to and it’s that which pleases me the most. Not for me but for my players.”

“What they did tonight, the likes of Danny Mullen, Paul McGowan, Max Anderson, the two centre backs, the full team, the subs that came on and stood strong and stood firm for Dundee. First and foremost we had to roll the sleeves up and win that. We knew at half time we were the better team, we were on top but you need the goals. We said the quality would shine through in the end and three really good goals.”

“The third goal is as good a goal as I have seen in my time at Dundee.”

“I’m just delighted for my players, they were low after Saturday. As much as you try and pick them up, we were out the cup and that was unjust. We could have got through in that because we were really good. We made a few changes tonight again showed the strength of the squad.”

“I’m over the moon for them because it hurt them. I said after the Ayr United game three weeks ago. It hurt us all, it hurt every fan and we had to make amends. That’s why I said before the game that you would see a different Dundee team down here tonight.”

With only five matches left the team has hit form at the right time, the manager said, “It has to continue, we now have five massive games to go. We need to secure our playoff place in that then finish as high as we can. We’ll then have games in the play offs to give ourselves the chance.”

“The aim is to get out of this league. We showed on Saturday we can match a Premiership team. People might say St. Johnstone didn’t play well but I spoke to Callum Davidson and he said they didn’t play so well because we were so good. We want to do that every week, we want to get back into the Premiership.”

“It’s going to take performances like this for the next five games then the play offs after that. It’s going to take a lot of hard work but we’ll recover tomorrow. We’ll enjoy this bus journey home because that is the only time we get to enjoy it. Back to work tomorrow and we’ve got another massive game on Saturday in which we need to get the three points.”