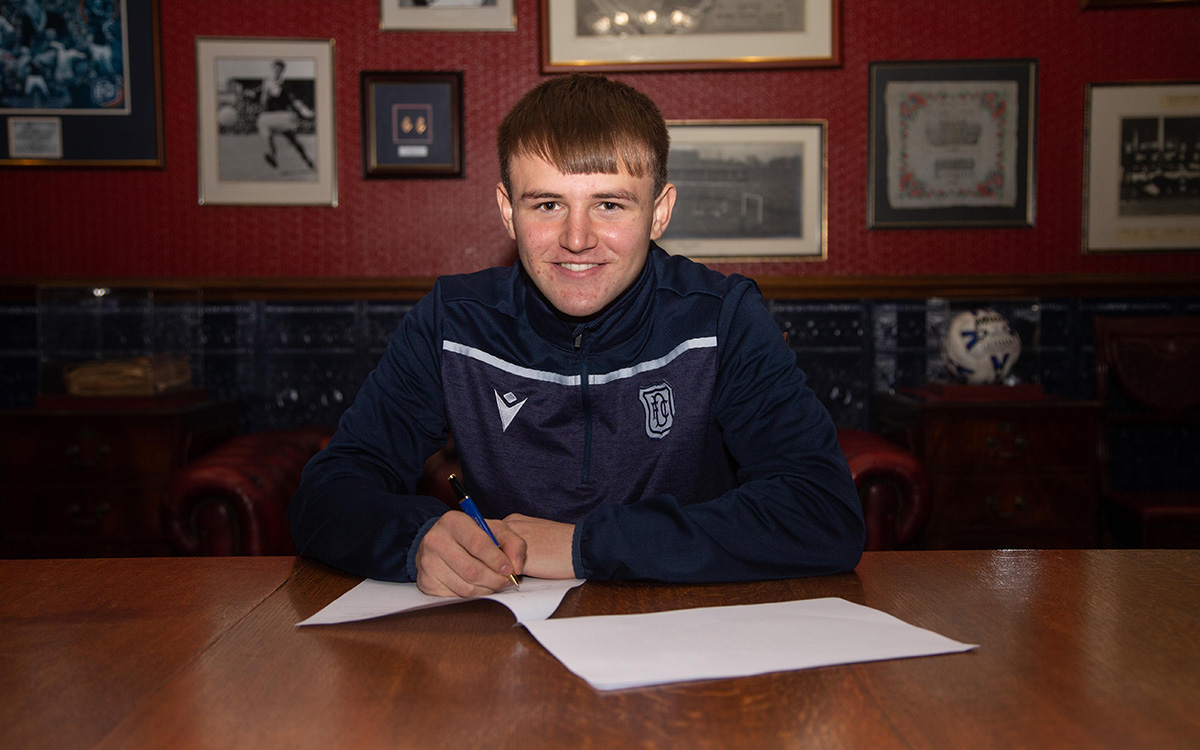 Dundee Football Club are delighted to announce that Ewan Murray has signed his first professional contract today on his 16th birthday.

Left back Ewan has been in the academy system for a number of years and was involved with the Under 18s at the age of 13 when James McPake was in charge of that age group.

He continued his development under Scott Robertson and has regularly trained with the first team this season.

Despite being too young to feature in competitive action, Ewan got his first taste of top team action in pre-season against Peterhead at the Kilmac Stadium.

He opened the scoring before going onto pick up the man of the match award after a fine display.

Ewan’s deal has seen him commit his future to the club until 2023.

Manager James McPake was delighted to get the deal done, he said “We are delighted to have Ewan commit his future to the club.”

“He has been training with the first team a few times a week since pre-season and he has been fantastic.”

“He was too young to play in a competitive match but we got permission for him to be included against Peterhead in pre-season and it was great to see him get a goal and the man of the match.”

“That performance came as no surprise to us because we have seen how good he had been with the group.”

“If he continues with the way he has been then he is only going to get better and with him turning 16 it will give us the opportunity to include him in matchday squads like we have with Cammy Blacklock and Jack Wilkie recently.”