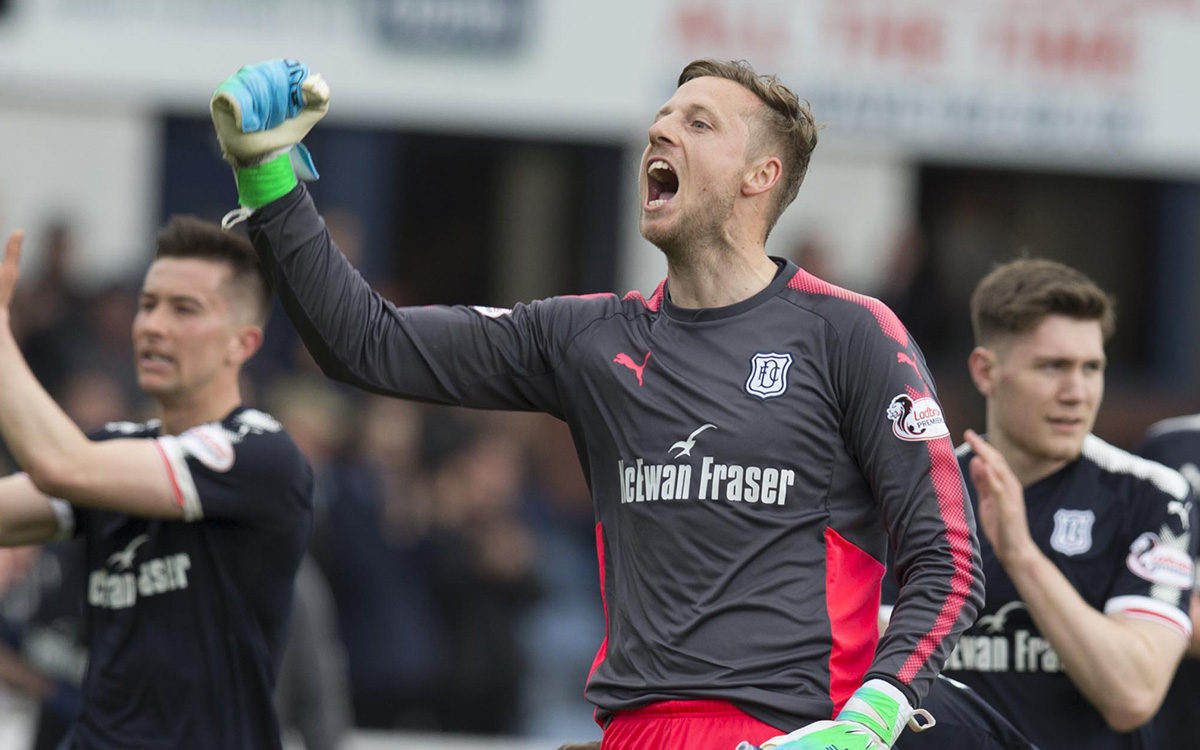 Dundee Football Club is delighted to confirm that Elliott Parish has extended his contract with the club.

Goalkeeper Elliott had an extension trigger in his current contract and after hitting the require amount of games earlier this year his extension has now been formally completed.

The extension will see Elliott remain at the club for the 2018/19 season and was completed before the weekend’s match which saw him save a late penalty against Hamilton Accies.

Elliott spoke to DeeTV following the match and told us, “The atmosphere was amazing and the fans were incredible today and have been for weeks. We’ve had parts of the season where they want us to do something to lift them but recently they’ve been fantastic and a real joy to play in front of.”

Despite grabbing the glory with his late penalty save from Dougie Imrie, Parish was keen to share the praise with his team mates, describing it as a good team performance. “It’s nice to be in the involvement of a match winning moment I guess, but credit to Kevin Holt – what a finish that was and the boys played really well.”

“The lads have been fantastic for weeks now and individually putting in some real big performances at vital times. For example that was Cammy (Kerr) at his best today; he really was magnificent and the same for Holty, who to chip in with a goal was just amazing.”

“I’ve absolutely loved my first season up in Dundee. I love the place and the atmosphere the last couple of weeks has been absolutely awesome and look forward to the coming years.”

“We’re now going up to Dingwall with the idea that the job is not entirely done, looking for another win but I’d love us to take a big support up there, knowing where we are and hopefully sending them home happy again.”

“It’s a huge three points today” said Neil, “but I’ve told the players not to over celebrate this and to be fair they’re not. We don’t want to be in this position and as a club we want to move forward and next season will be the big season when we start to move this on hopefully.”

Subscribers can watch full interviews with Elliott and Neil on www.dundeefc.co.uk/deetv