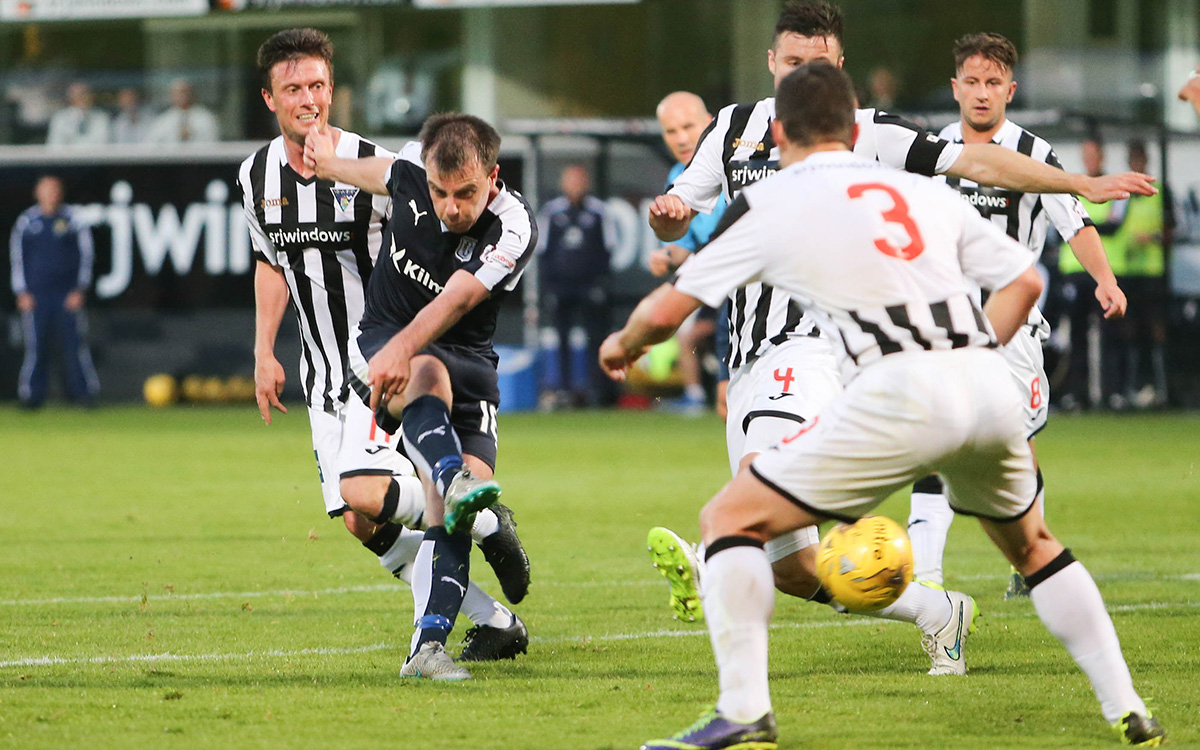 Dundee’s first league game of the season see them travel to Fife to take on Dunfermline Athletic in the Ladbrokes Championship and here we round up everything you need to know ahead of the match.

Tickets are now on sale for our Ladbrokes Championship opening fixture away to Dunfermline Athletic on Friday 2nd August, kick off 7.05pm

Tickets are on sale from the Ticket Office inside Dundee Direct.

We would strongly advise those who plan on travelling to purchase tickets in advance where possible from the Dundee FC Ticket Office to avoid queues on the night.

We have been informed that there will be tickets on sale at East End Park from a ticket pod.

From the North and South: Exit the M90 at Junction 3 and take the A907 (Halbeath Road) into Dunfermline and the ground is on the right.

From Kincardine Bridge and Alloa: Take the A985 to the A994 into Dunfermline. Take Pittencrief Street, Glen Bridge and Carnegie Drive to Sinclair Gardens roundabout. Take the first exit towards the traffic lights, then turn right into Ley’s Park Road. Take the second exit on the right into the car park at the rear of the stadium.

Car Parking: There is an official car/coach park at the north end of the ground which can be accessed via Ley’s Park Road on a matchday. There is a £2 charge for cars and a £7 charge for coaches.

Dundee fans may find parking on the north side of the cemetery and then walking through the cemetery is the best way for a fast getaway.

There are two Railway Stations that are each about a 15 minute walk away from East End Park, or about £5 in a taxi. These are Dunfermline Queen Margaret and Dunfermline Town. Both are served by trains from Edinburgh and the latter as the name suggests is closer to the town centre.

From Dundee, take a train to Inverkeithing and change there onto the Fife Circle line. An off peak return costs £21.60.

The Dark Blues put in a poor performance and went down to a 1-0 defeat at home to Dunfermline Athletic in last season’s Betfred Cup group stages. Jackson Longridge scored the only goal after only two minutes. Both sides had chances for further goals, but the Pars were always the more determined and composed side. Dundee were badly disrupted by injury, being forced to use all three substitutes to replace injured players, two before half time, but they were always second best and could have no complaints about the defeat.

Dunfermline opened their season with an impressive 3-2 win at Premiership St Mirren in the Betfred Cup. The Pars ran into a 3-0 lead before half-time and were able to comfortably hold on for the win despite The Saints two quick goals at the start of the second half.

They followed up with a 6-0 rout of Albion Rovers at East End Park where The Pars had another superb first half, racing into a 5-0 lead.

However after such a great start, Dunfermline surprisingly went down 1-0 away at Edinburgh City but after defeating East Kilbride 4-0 at home in their last group game, The Pars topped their group and qualified for the last 16.

Dunfermline’s match programme is produced by our programme partners Curtis Sport and priced £3, it will be available in and around the ground from 6pm.

Subscribers outwith the UK will be able to watch live on DeeTV.

The full ninety minutes of the match, a shorter highlights package alongside exclusive post match interviews with the manager and players will be available to every subscriber of DeeTV on Saturday.