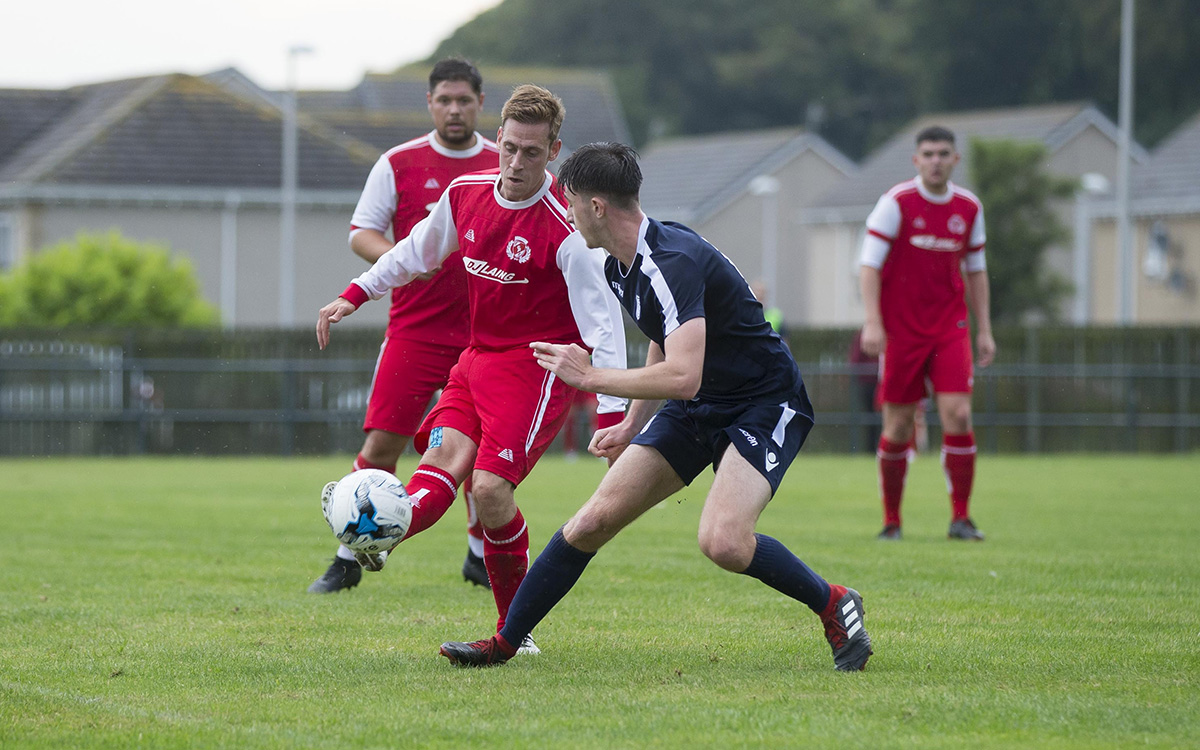 It was a young Dundee side put out by Scott Robertson but there was first team experience in the starting line up.

Both sides had a couple of chances in the first half but there was little action for the keepers.

Michael Cunningham turned home after a Lyall Cameron shot was saved but the offside flag was up.

Carnoustie came close to opening the scoring when a free kick came back off the post and a few minutes later Dundee took the lead.

Right on half time, Luke Strachan drilled a ball across from the left, Max Anderson controlled and turned before firing the ball into the net.

After the break, Dundee went up a gear and found themselves 3-0 up around the hour mark.

Grady McGrath smashed home the ball from distance to double Dundee’s lead and a minute later he sprung the offside trap and unselfishly squared for Cunningham to tap home.

Dundee then made 8 changes with 5 young trialists coming on.

The home side pulled one back almost immediately after a corner was turned home.

10 minutes later they reduced the deficit again. A cross from the left found an unmarked man at the back post who made it 3-2.

The final word of the match was to be that of Cook who’s testimonial it was. He nipped in to nick the ball in the box and was fouled.

Cook stepped up himself and made no mistake from 12 yards.