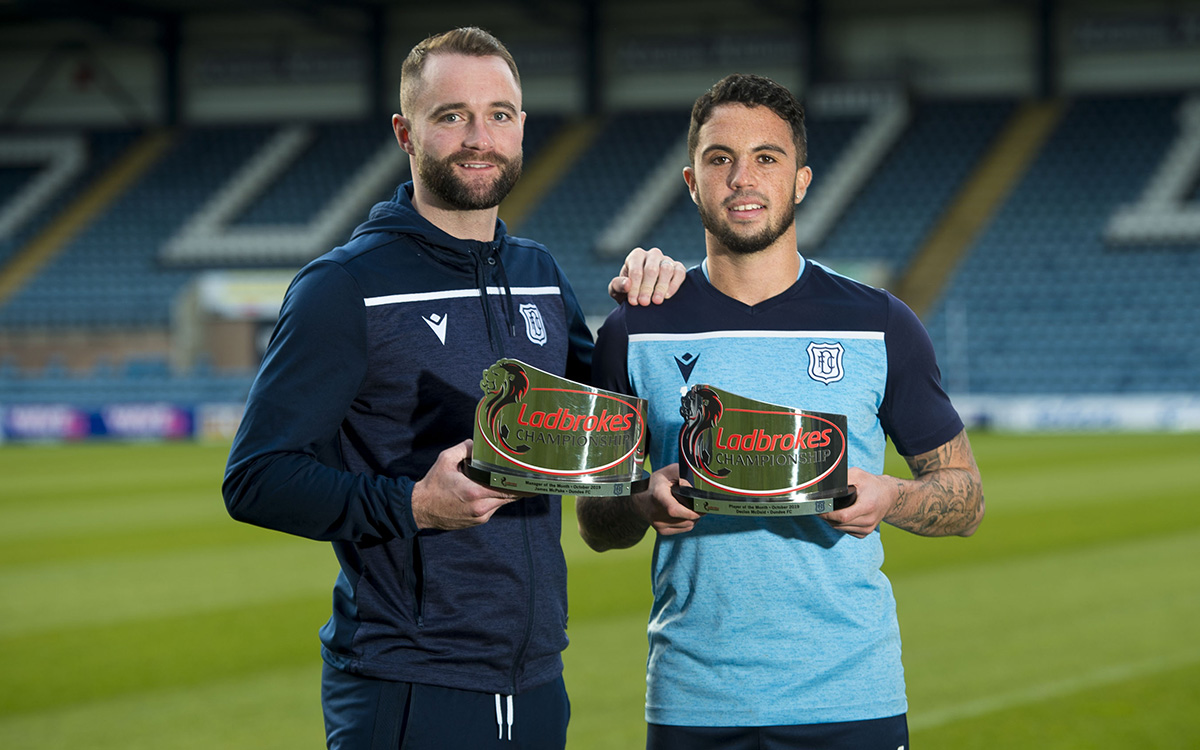 James McPake and Declan McDaid today picked up awards for the fine form shown by the team in October.

Dundee were the only team in the league to win three matches in the month of October with James guiding the team to victories over Arbroath, Ayr United and Alloa Athletic.

Declan was on form throughout the month. He scored both goals in the win over Arbroath before netting against his former team in the 2-1 win at Ayr.