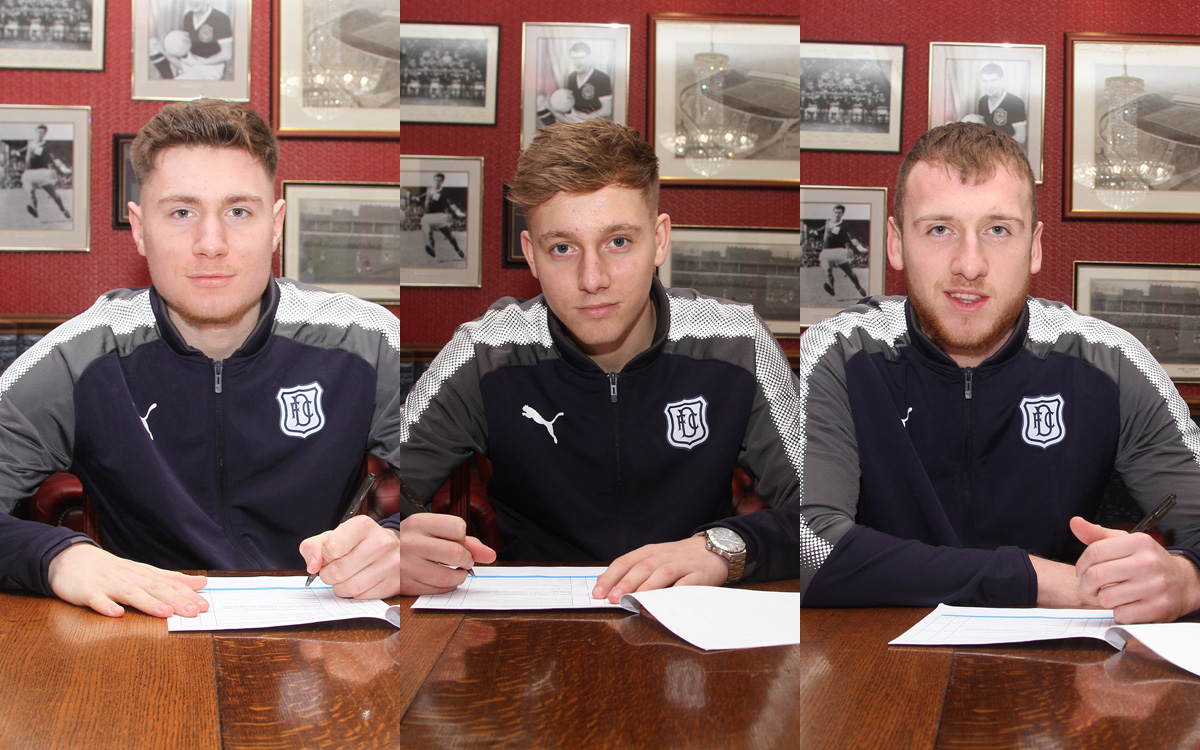 Dundee Football Club are delighted to announce that Jack Lambert has signed a new contract with the club and we have also signed Dan Jefferies and Cedwyn Scott this afternoon.

Jack joined in the summer and has impressed with the Development side throughout the year and pushed his way into the first team squad on a number of occasions. He made his first team debut against Celtic at the end of last year.

Dan, a centre half, joins the club after leaving Colchester United having come through the youth ranks at Swansea, while striker Cedwyn joins after leaving Huddersfield Town.

Both Dan and Cedwyn impressed during a bounce game for the Development side last week and will join Jack in Jimmy Boyle’s squad for this evening’s match against Falkirk at the Falkirk Stadium, kick off 7pm.