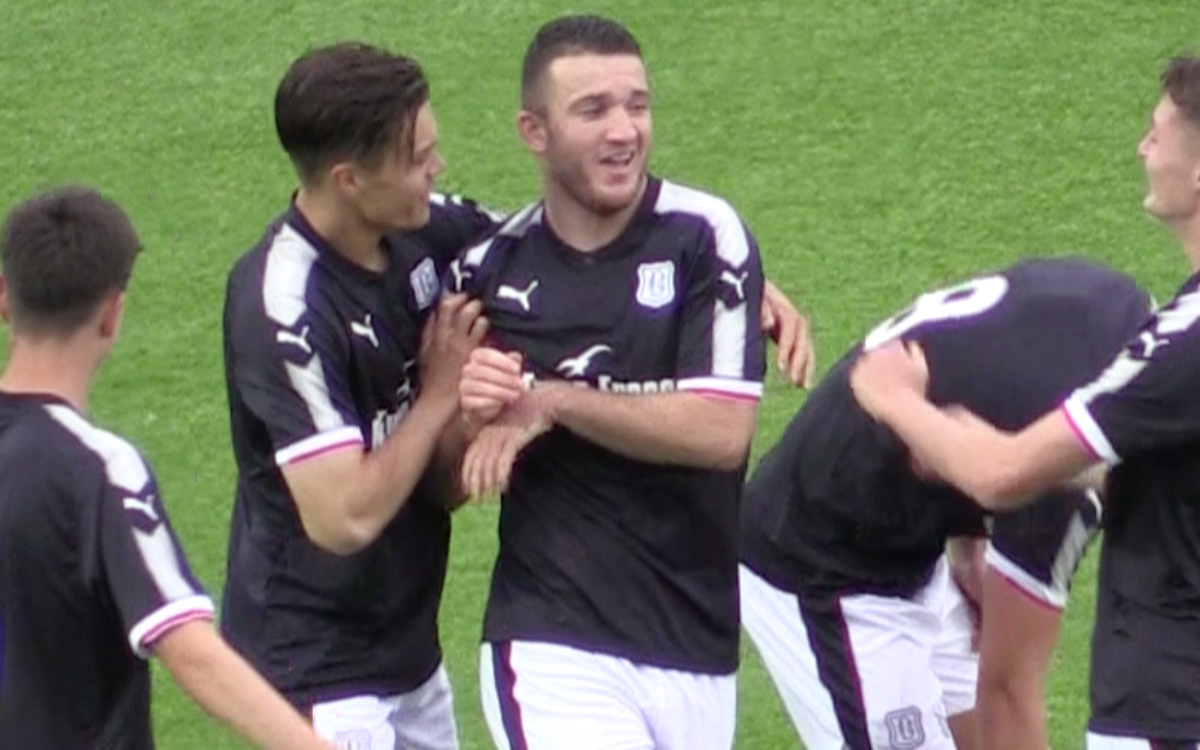 Matty Henvey was on target twice for Dundee as they kept up their unbeaten run in the Development League. Jack Lambert and Randy Wolters were also on target as the Dees beat Aberdeen 4-2

For all their possession in the opening stages, clear cut chances were few and far between. Randy Wolters had a shot blocked, and Matty Henvey prodded a shot towards goals, but neither troubled Danny Rogers.

The Dees opened the scoring after 25 minutes through Jack Lambert. Jordan Piggott found the wide man with a long ball, and he made no mistake as he passed the ball into the corner.

Mark O’Hara nearly made it a quick-fire double for Dundee, but his effort from 20 yards was pushed away by Rogers.

Bruce Anderson brought the Dons level in first half injury time. A free kick saw the ball bounce around the Dundee penalty area before Anderson fired a shot into the bottom corner of the net.

Three minutes after the restart, Dundee were back in front. Randy Wolters cut in from the right and smacked a shot into the top corner from 25 yards.

Aberdeen took just eight minutes to equalise, with Anderson on target once again. After pinball in the Dundee box, the striker hit a sweet half volley past Ferrie.

Wolters had put Dundee ahead, and the Dutchman played an integral role in the third goal. His free kick was headed in by Matty Henvey, who ghosted into the back post after 58 minutes.

Henvey struck again three minutes later, latching on to a well weighted pass from Taylor Berry and firing past Rogers.

The Aberdeen stopper tipped a sliced clearance from McKenna over the bar before Wolters sent a volley just wide of the mark.

Henvey had the chance to complete his hat trick in injury time after Max Anderson was fouled in the box. The striker stepped up, but saw his effort pushed away by Rogers, as the Dees had to settle for a two-goal margin of victory.

This was the young Dees most complete performance of the season. While there were five first team players in the starting line-up, it was the young guns that shone through.

At the back, Jordan Piggott was solid and played a cracking pass for the opening goal. The scorer of that goal was Jack Lambert, who was a joy to watch. Not only were there plenty of tricks and flicks from the winger, but there was also an end product.

Matty Henvey took his tally for the season up to eight, while Jon Aurtenetxe made his first appearance in a Dundee shirt. The result leaves the young Dees level with Motherwell at the top of the league table.