Development Dee move within a point of top spot 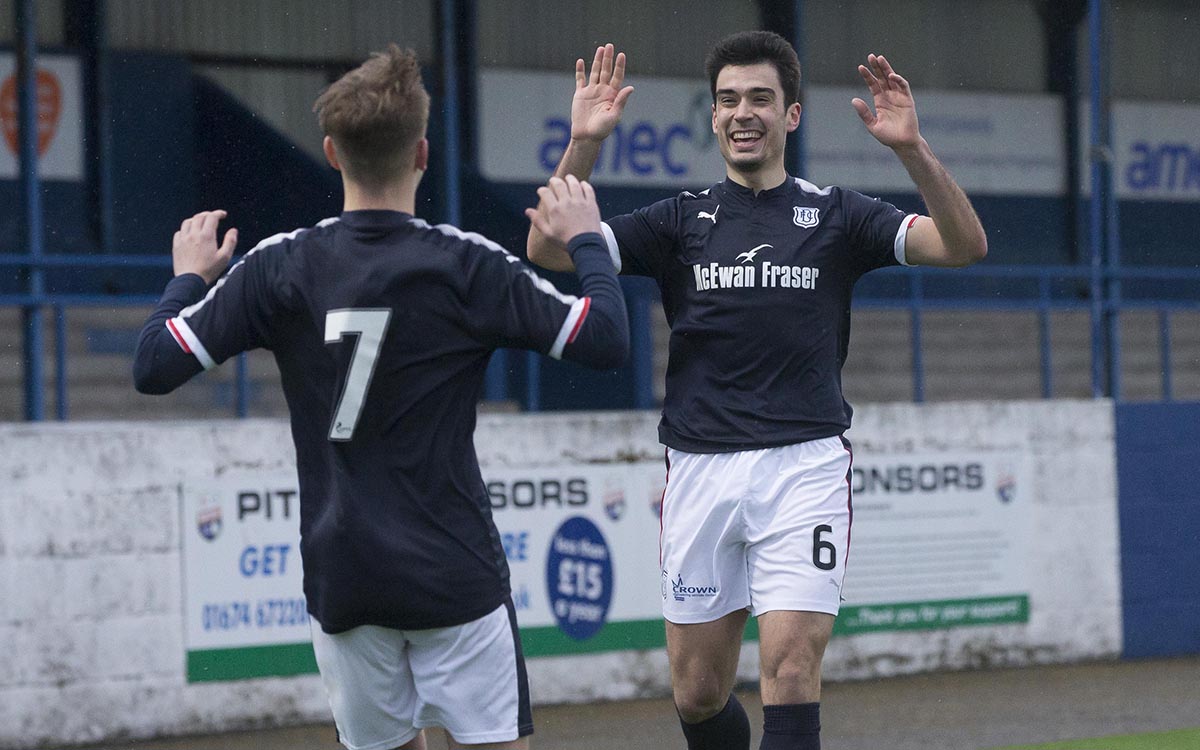 The Development Dee made it 8 wins in a row to move within a point of league leaders Hibernian with a 3-0 win over Hamilton Accies at Links Park.

The first half saw the young Dee in control with Scott, Wighton, Jeffries and Lambert all coming close to opening the scoring in terrible conditions.

The visitors best chance of the opening period came when the ball broke loose in the Dundee box but a combination of Malherbe and Piggott saw the ball cleared.

A mixture of rain and snow continued through the break but it wasn’t to stop Dundee come flying out of the traps.

Three minutes into the second half and it was Extabeguren who broke the deadlock. The central defender attacked Lambert’s corner at the front point to put Dundee ahead.

Shortly after the in form Dee doubled their lead. Lambert saw his shot blocked on the edge of the box but Scott was quickest to react and gave the Accies keeper no chance as he smashed the ball home.

Dundee were in complete control at this time and completed the victory when Scott showed good feet in the box before seeing a shot saved. Substitute Max Anderson was on hand to poke home and make it 3-0.

The final 20 minutes saw Malherbe called into action on a few occasions but he dealt with everything with ease. At the other end Dundee continued to push for more goals and Wighton and substitute Brian Rice both saw efforts come back off the woodwork.