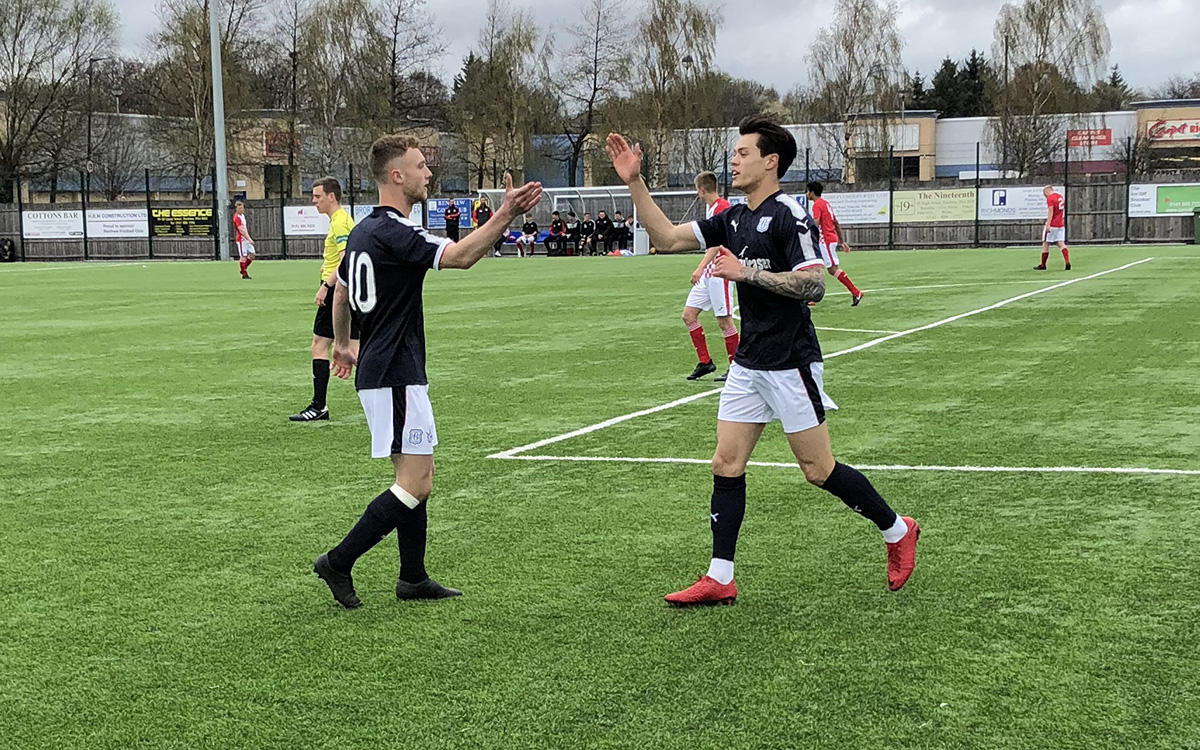 The Development Dee ended a very successful season with a 2-2 draw against St. Mirren this afternoon.

A young Dundee side raced into a two goal lead with firstly Cedwyn Scott then Matty Henvey finding the net in quick succession.

Scott made it 11 goals in 11 games when he headed home a Jesse Curran cross after just six minutes.

Within a minute Henvey was also on the scoresheet when he was played in behind and without hesitating drilled a perfect shot into the corner.

It looked at that stage that Jimmy Boyle’s side were set to end the season on a high but the home side responded before the break.

A cross into the box was headed down by Curran but only as far as Robbie Leitch who fired home.

Dundee went in ahead at the break and it was a fairly even contest in the second half until Dundee were reduced to ten men with 15 minutes remaining.

The referee had judged a late Kerr Waddell challenge to be worthy of a straight red and from the resulting free kick St. Mirren levelled with Sam Jamieson heading home.

Four minutes later and Dundee were reduced to nine when Matty Henvey was given his marching orders for dissent.

The young Dee held strong despite being down to nine men and despite some late pressure from the home side they held out for a point.