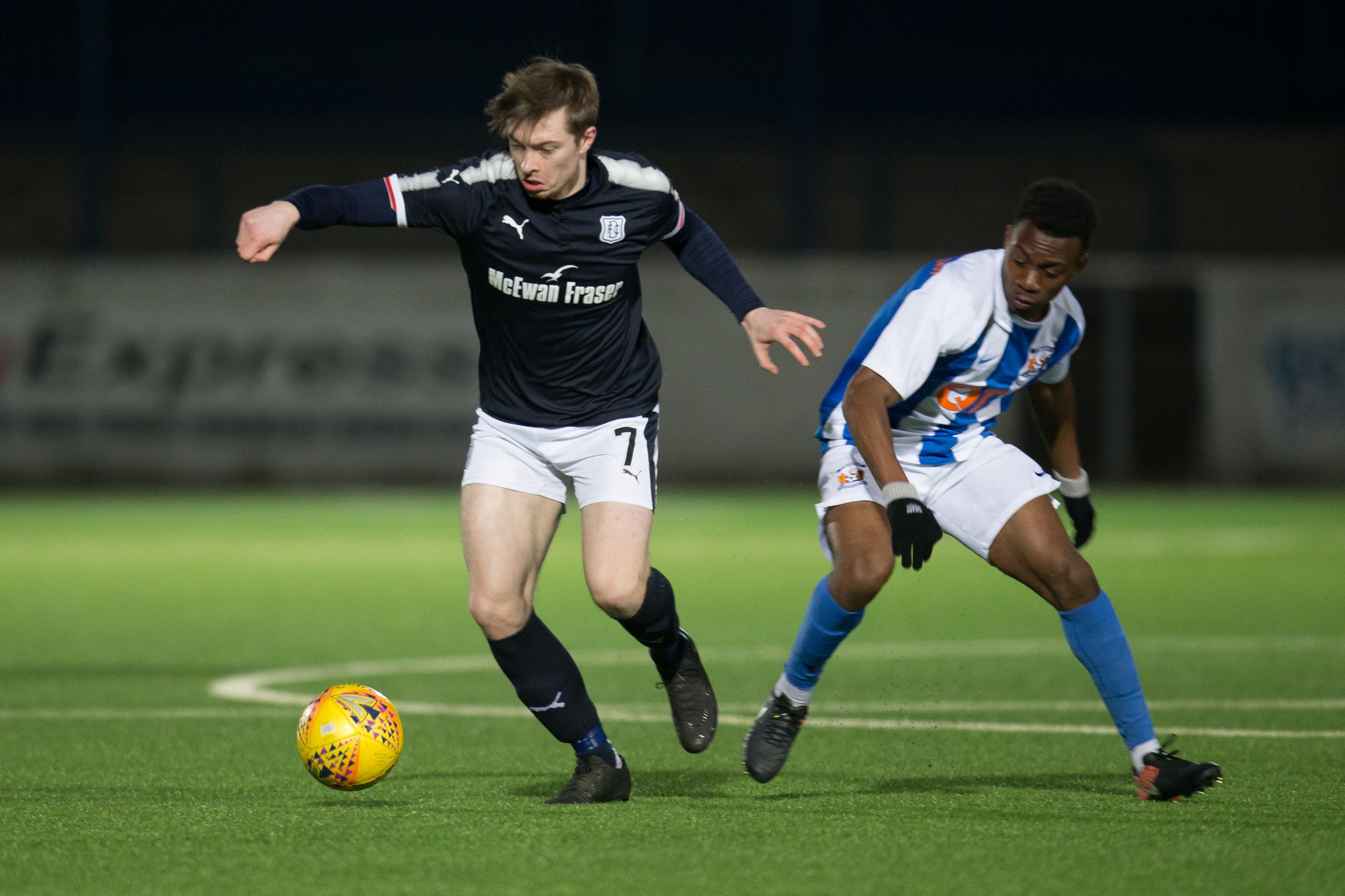 A series of early Dundee corners didn’t trouble Killie, but a looping header from Kevin Holt was eventually pushed over the bar by Curtis Lyle after six minutes.

Dundee were bossing the possession but didn’t trouble Killie’s backline. A pop shot from Jack Lambert was all the Dark Blues had to show for their efforts.

Holt saw a low free kick from 25 yards kept out by Lyle, as the first half ended all square.

Calum Moore had the first chance of the second half, but could only guide Lambert’s cut back into the side netting.

The deadlock was broken moments later when Jesse Curran broke forward down the right, and poked the ball into the far corner from 20 yards.

Killie were offering little offensively, with a handful of late corners failing to cause any problems for Dundee.

Cedwyn Scott had the ball in the net in injury time, but was denied by the offside flag.

Deep into injury time, Killie had their best chance of the match. A corner fell at the feet of Andy Monk, but his close-range effort deflected wide off Ally Taylor.