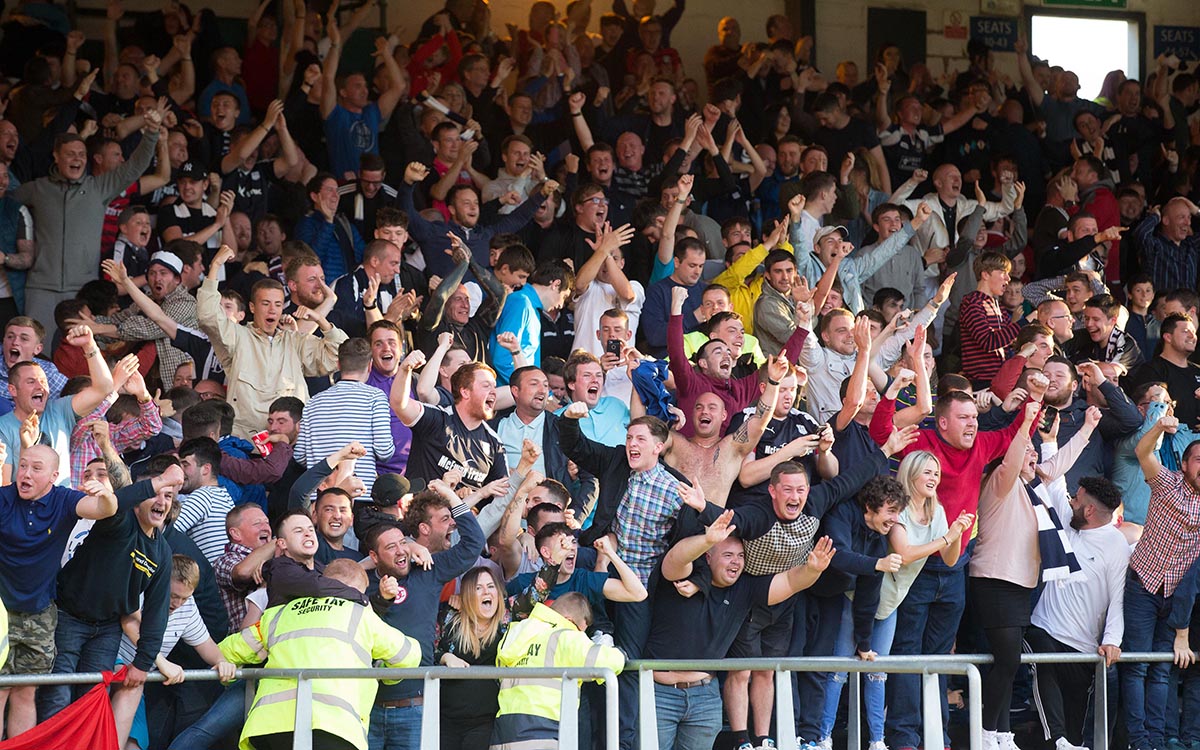 Dundee host Dundee United in the Ladbrokes Championship on Friday and here we round up everything you need to know ahead of the match.

The match is sold out.

NICKNAME: The Terrors, The Arabs

Last Time Out at Dens

For football supporters it doesn’t get much better than knocking your local rivals out of the cup, with the stadium rocking under floodlights. In August 2017 it was the turn of Dundee supporters to revel in derby delirium, as The Dee defeated Dundee United 2-1 in the Betfred Cup. The scoreline looks close but flatters a United side who were second best to the exuberant Dark Blues throughout. Faissal El Bakhtaoui put Dundee ahead with a stunning opener, only for Billy King to give United an equaliser against the run of play late in the first half. That setback didn’t unsettle the Dee and Paul McGowan scored a richly deserved winner midway through the second half.

United opened their season with a tricky Betfred Cup tie away at Hearts and acquitted themselves well in a 1-1 draw before losing the bonus point in the penalty shoot out.

They followed that up with a 2-1 win over Stenhousemuir and then United’s first home game of the season saw them win 3-0 over Cowdenbeath.

However they crashed out the competition after a 2-0 defeat to East Fife at Tannadice.

Their appearance in the Tunnocks Caramel Wafers Challenege Cup was also brief after crashing out in their first match on penalties after drawing 0-0 with Arbroath at Tannadice.

In the Ladbrokes Championship, United have fared better after and sit three points clear at the top of the league. They started the league season impressively with wins over Inverness, Partick, Dunfermline and Dundee before crashing 2-0 at Ayr.

They needed a last minute winner to gain revenge over Arbroath with a 2-1 a fortnight after that Challenge Cup loss before turning Morton over 6-0 at Tannadice.

Defeats however at Alloa and Queen of the South was cause for concern to The Arabs but they bounced back with wins over with Dunfermline, Partick and Inverness to secure their place at the top going into the second derby of the season.

Dundee’s 2019/20 match programme The Dee will be available to buy at the Dundee United game in and around the ground and in the club shop. It is a full, colour 48 page edition packed with news, views, features and exclusive interviews which this week include:

The Dee, produced by our partners Curtis Sports will be available on Friday for just £3 and can also be ordered on the Curtis Sport website

Fans from outside of the UK will be able to watch the Dundee United match live on DeeTV with a virtual season ticket. You can sign up for DeeTV for just £12 a month or an annual fee of £120 on the official website where you will also have access to highlights, interviews and all the Dundee FC goals at the click of the button

The full ninety minutes of the match will be available to every subscriber of DeeTV on Friday while a shorter highlights package will be available on Saturday alongside exclusive post match interviews with the manager and players.

The pre-match press conference is also available to view on DEETV from Wednesday.