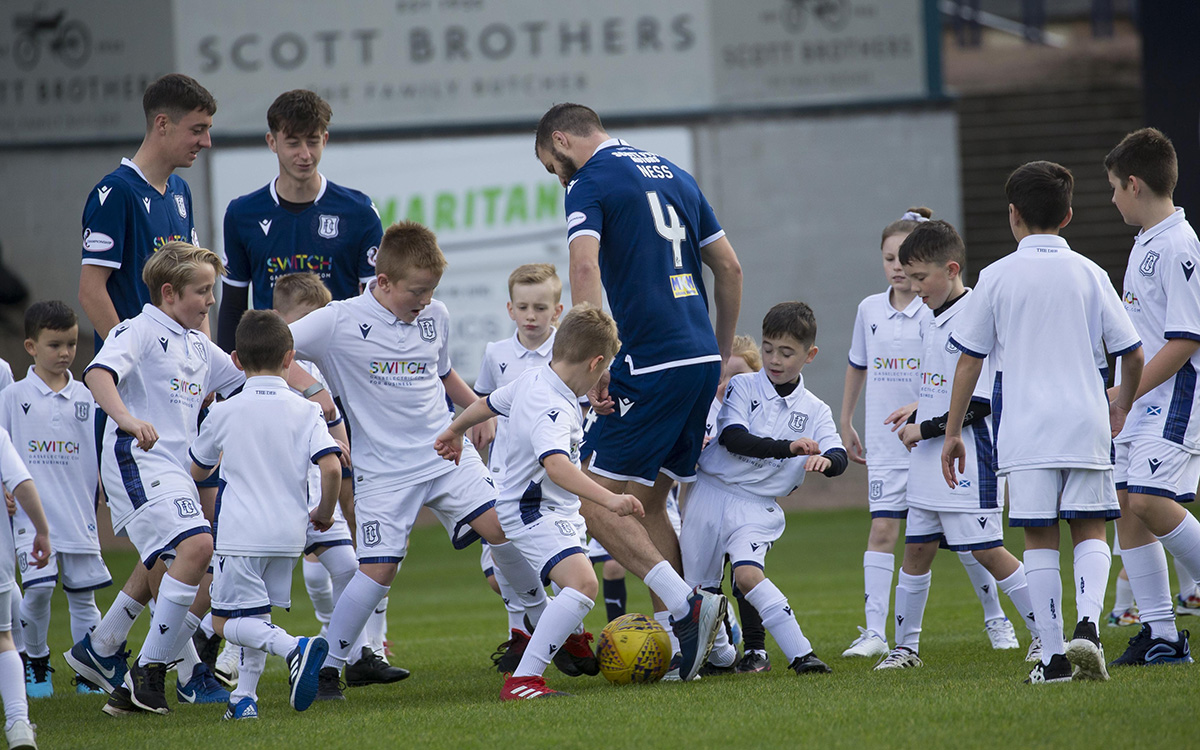 The first team squad took on 100 kids today at the Kilmac Stadium at Dens Park.

Tickets were given out with the first 100 away kits sold this season for the chance to play on the pitch against the first team in the match which took place this afternoon.

The kids started the match well after being set up by their manager for the day Dave Mackay in a 30-30-40 formation.

They took to lead but were pegged back after Jack Hamilton ran the length of the pitch and crossed for Declan McDaid to turn home.

It was all one way traffic from that point on with the kids running out 14-1 winners.

📽️ | Highlights from this afternoon’s match against 100 kids at the Kilmac Stadium at Dens Park which saw the first team narrowly lose out 14-1 #thedee pic.twitter.com/wh5IyWhH4k