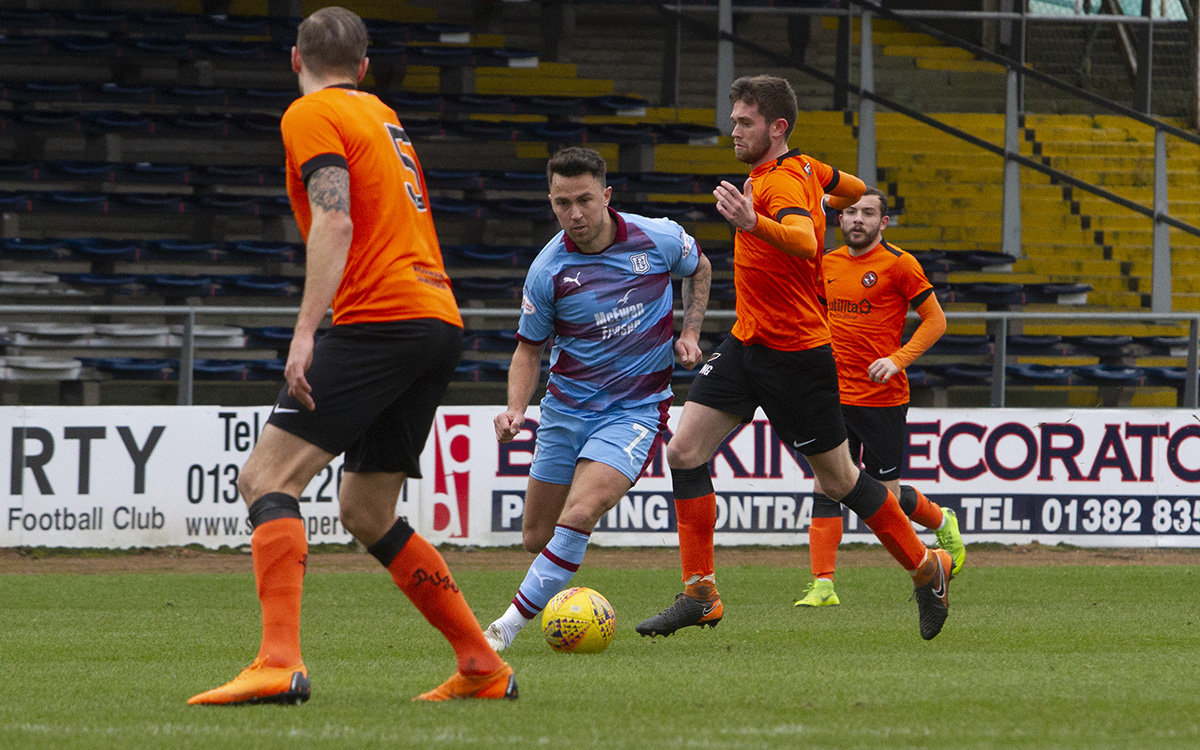 A strong Dundee United side ran out winners in the Reserve derby at the Kilmac Stadium at Dens Park this afternoon.

The Dundee line up included January signings Andreas Hadenius and John O’Sullivan along with Darren O’Dea and Elliott Parish but came up against a United side who showed their experience early in the match.

After four minutes they were ahead when Watson headed home from a McMullan corner and three minutes later doubled their lead.

This time Nesbitt was allowed space on the edge of the box and drove the ball into the bottom corner.

Dundee had a spell as they tried to get back into the match and O’Sullivan saw an effort deflected behind after a good run but it was United who would find the net next.

McMullan this time getting himself of the scoresheet with a curled effort from the edge of the box.

United then hit the woodwork twice, firstly through Stanton who saw his effort hit the post then Booth who smashed a free kick from 20 yards off the underside of the bar.

They did add another before half time though when a quickly taken short corner allowed McMullan to pick up Bouhenna who tapped home at the back post.

The visitors made it 5-0 early in the second period when Fyvie’s shot came back off the post and Nesbitt was first to react, he lifted the ball over Parish to add his second of the match.

Almost immediately Dundee should have pulled one back but United got bodies behind the ball in the box and when it eventually dropped to Matty Henvey, his shot was wide.

United added a sixth from the penalty spot when Moore fouled Banks inside the area. Smith stepped up and although Parish saved his effort from 12 yards he was on hand to tap in the rebound.

With 15 minutes remaining United substitute Banks arrived late in the area and fired home when a cross was knocked down into his path to complete the scoring.