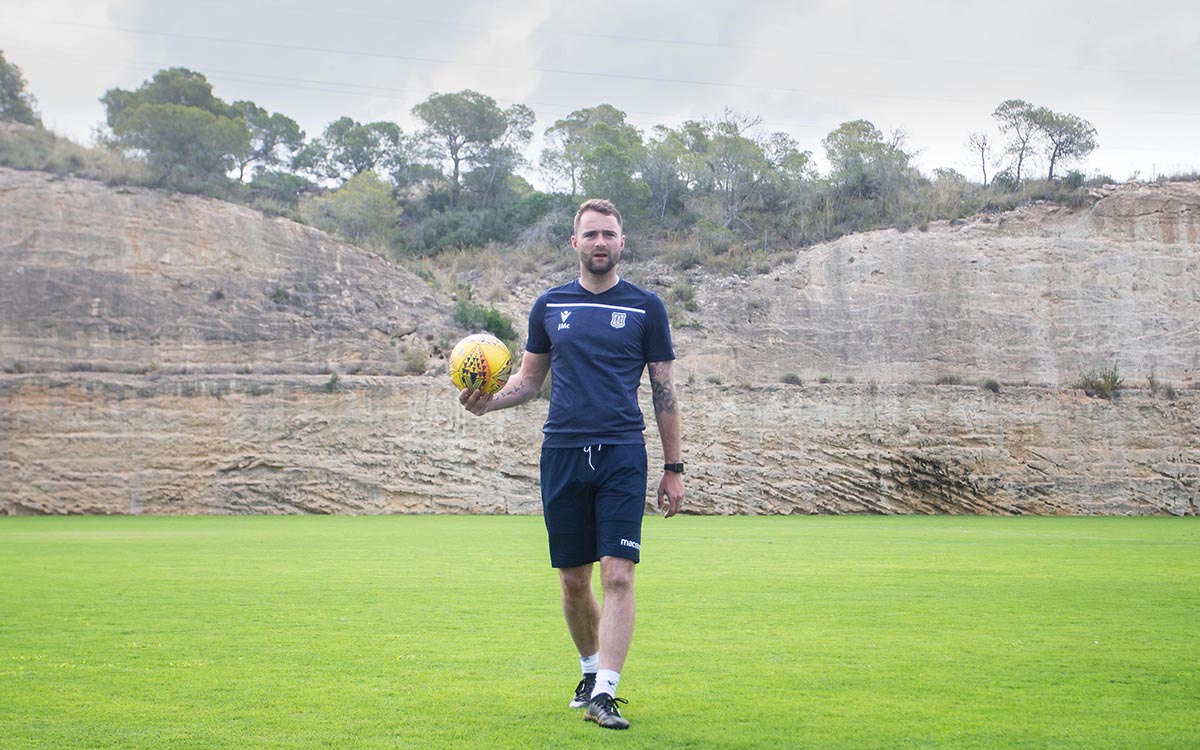 This week manager James McPake has sat down with DeeTV for a complete review of the 2019/20 season.

The review has been split into three parts which will all be uploaded during the week. The manager gives an incredible insight to the season throughout.

Our first part of the DeeTalk season review focuses on Pre-season, the Betfred Cup and the first few months of the Ladbrokes Championship season.

The manager said of pre-season, “Overall I think it was a very good pre-season. We had a week in Scotland first before we went out to Spain which I think was really important as well. Some of the players were there, some weren’t as we were still working on targets. It was a process which we were behind in terms of where we should have been. In terms of how we would have been this season going into next.”

“We had that week in Scotland that got them to integrate with each other. We did a lot of hard work in Scotland, strangely enough the weather was good so it was like we were away, we got to train three times a day in Dundee which was good and then we went out to Spain which was so beneficial.”

“Seeing it from a different viewpoint. I’ve always been a player going on pre-season trips and hated them, hated being away, hated training three times a day cause it was dead hot. I’ve always been like that as a player, I was one who preferred staying at home. Even on some of the international ones I went on, it was like Groundhog Day, eating at the same time. You get some people who love that, I was just one that did prefer to do the pre-seasons at home.”

“Looking at it from a manager’s point of view, as a staff we sat down and we could see quite quickly there was a bond and they were getting to know each other, I do think the week in Scotland helped that. The introductions and stuff were done so by the time we went to Spain the wee groups, the friendships were forming and that certainly helped. It was a very productive week, we had to get a lot of our ideas across very quickly and that’s not easy to do. You hear people say that takes season after season for managers and coaches. We tried to get as much work in as we could and our ideas across to the players.”

“Pre-season as a whole was really good, the boys came back in good nick which was credit to them and I think we got them really fit as well during the pre-season which you could see early in the season how fit they were.”