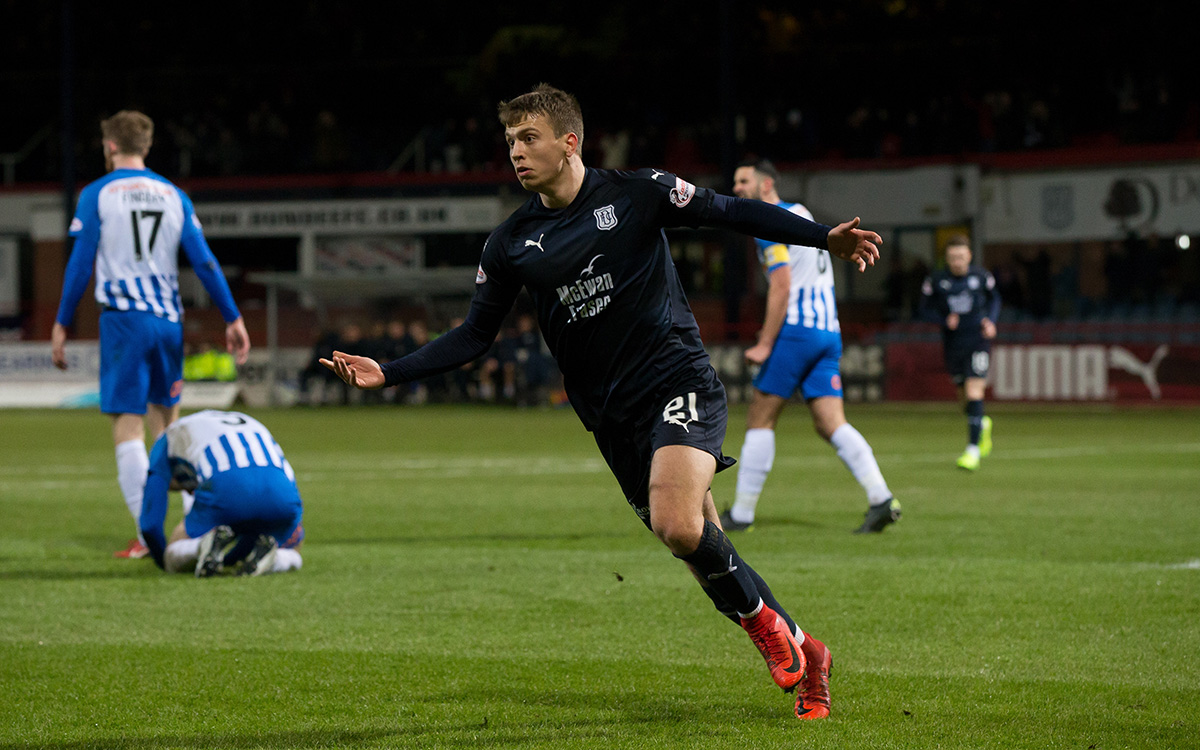 For the second game running injury time heartbreak cost Dundee a win as the Dark Blues drew 2-2 against in form Kilmarnock at the Kilmac Stadium at Dens Park. With the last kick of the ball Kenny Miller’s penalty was saved by Daniel Bachmann. Dundee had much the better of the first half but Kilmarnock dominated the second. The Dark Blues had taken the lead twice in the first half through great finishes by Andrew Nelson. Conor McAleny equalised the first time and Chris Burke pulled Killie level early in the second half.