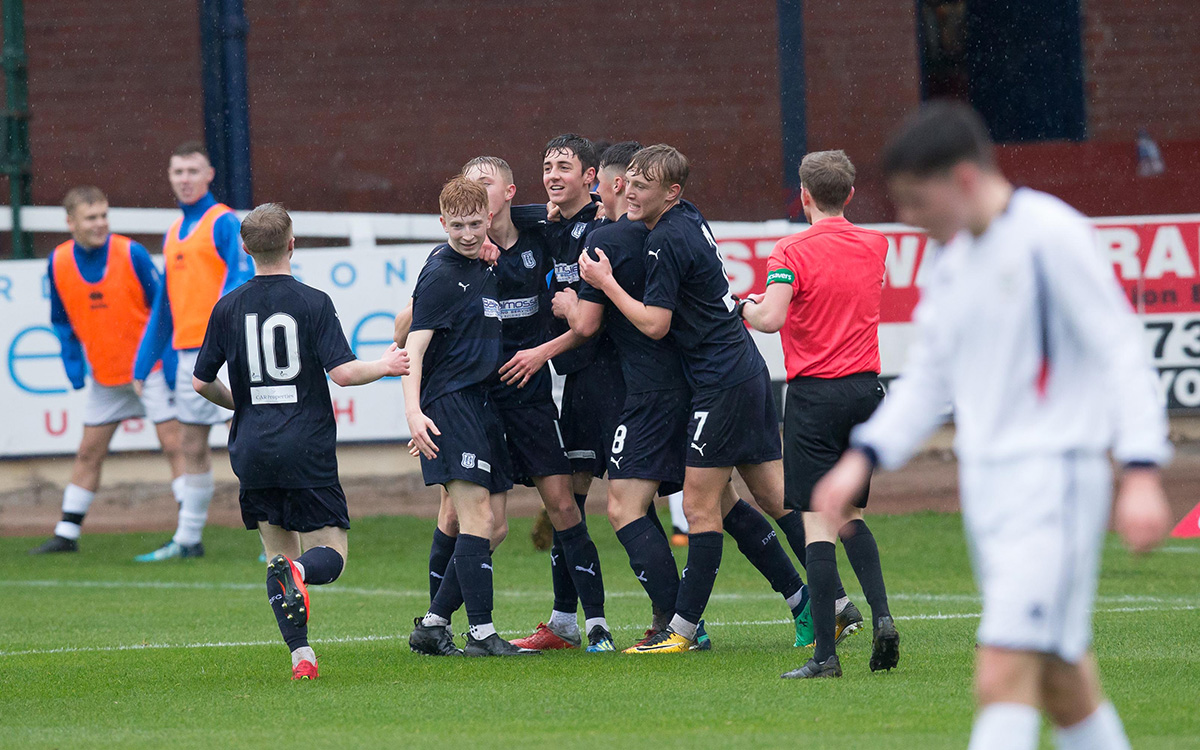 Dundee advanced in the Youth Cup this afternoon with a convincing 4-1 victory over Tynecastle FC at the Kilmac Stadium at Dens Park.

The game had been in doubt due to heavy rainfall but after passing a pitch inspection it went ahead an hour later than originally scheduled.

The first half was an even affair with the Edinburgh side giving a good account of themselves.

James McPake’s side got the crucial opener midway through the half when Michael Cunningham turned home a Grady McGrath cut back.

It remained 1-0 at the break but two early goals in the second half all but ended the match as a contest.

Within a minute of the restart Josh Mulligan has doubled the lead with a driven shot into the near post. Soon after Sam Fisher turned home from a corner to make it 3-0.

Cunningham was on the scoresheet again as Dundee dominated the second period.

The visitors did have a spell late on a pulled one back and the game went on to finish 4-1.