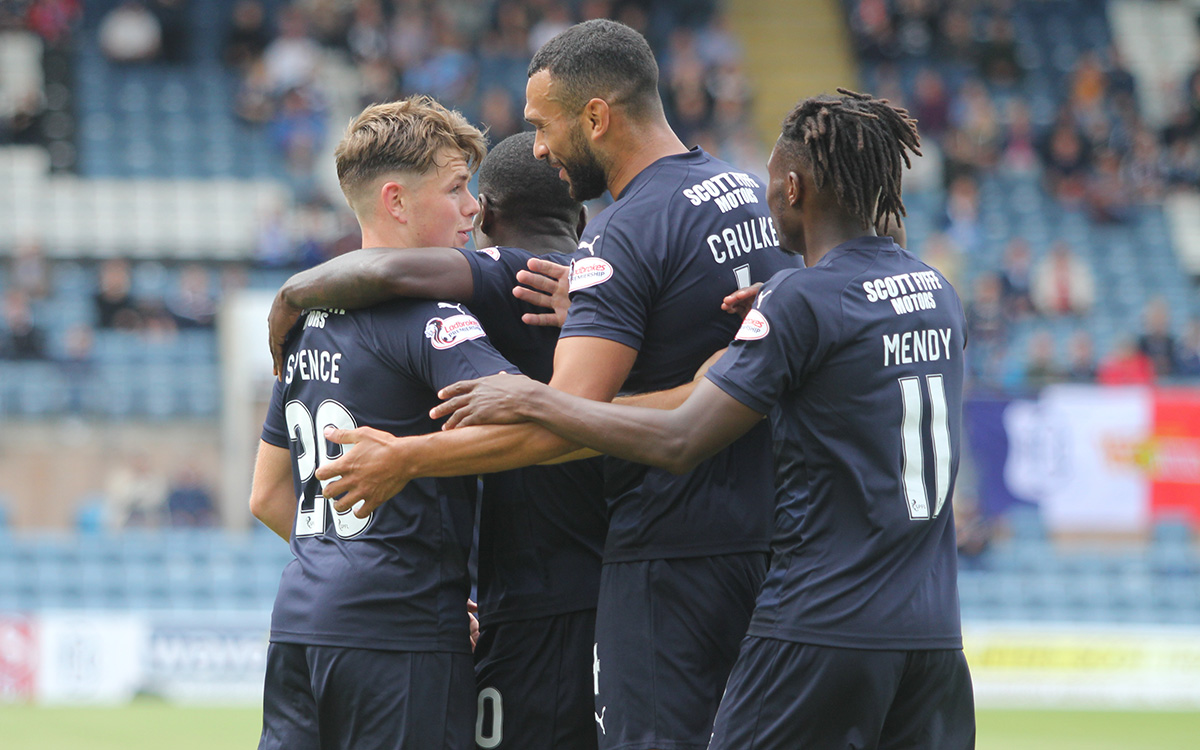 Dundee finished their Betfred Cup group D campaign with a 2-0 win over Brechin City that confirmed second spot and a place in the next round. Lewis Spence gave the Dee an early lead with his first goal for the club. Paul McGowan added the second, but Dundee couldn’t turn constant pressure into further goals. Brechin keeper Conor Brennan deservedly won the man of the match award for his heroics, frustrating the Dark Blues’ attackers with a string of fine saves.