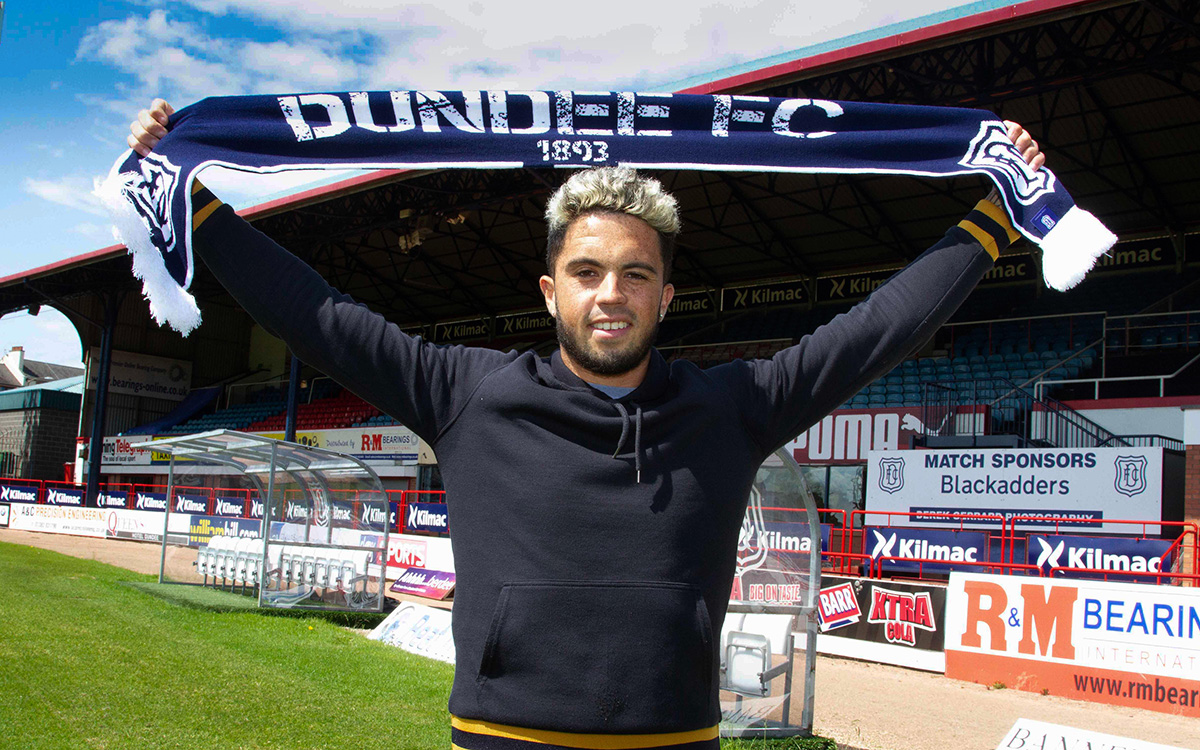 Declan is a Dee

Dundee Football Club are delighted to announce the signing on Declan McDaid on a two year deal.

Winger Declan joins after a impressive spell with Ayr United. Over the last two seasons he has made 88 appearances for the Honest Men, scoring 13 times as he helped them to the League One title and then to a 4th place finish in the Championship.

He came through the youth ranks at Greenock Morton and made his debut at the age of 17 before moving to join Partick Thistle in the Scottish Premiership.

Declan gained experience of playing in the top flight as he turned out 23 times for Thistle before joining Ayr United in 2016-17.

The following year he was a regular in the side which won the League One title and in 2018/19 he featured in all but two league matches as they went on to finish in the promotion play offs but lost out to Inverness Caledonian Thistle.

James McPake told us he was delighted to get his first signing over the line, he said “He’s a player I’ve seen a lot of. I played against him when he was a young kid breaking into the first team at Partick Thistle and he’s gone on to play a lot of football at Ayr United.”

“He is a winger who can play off either side. I’m delighted to get him at the club amongst interest from a lot of other clubs.”

“From the conversations I’ve had with him I can see how ambitious he is. Like the club, he has a real drive to get back to the Premiership.”