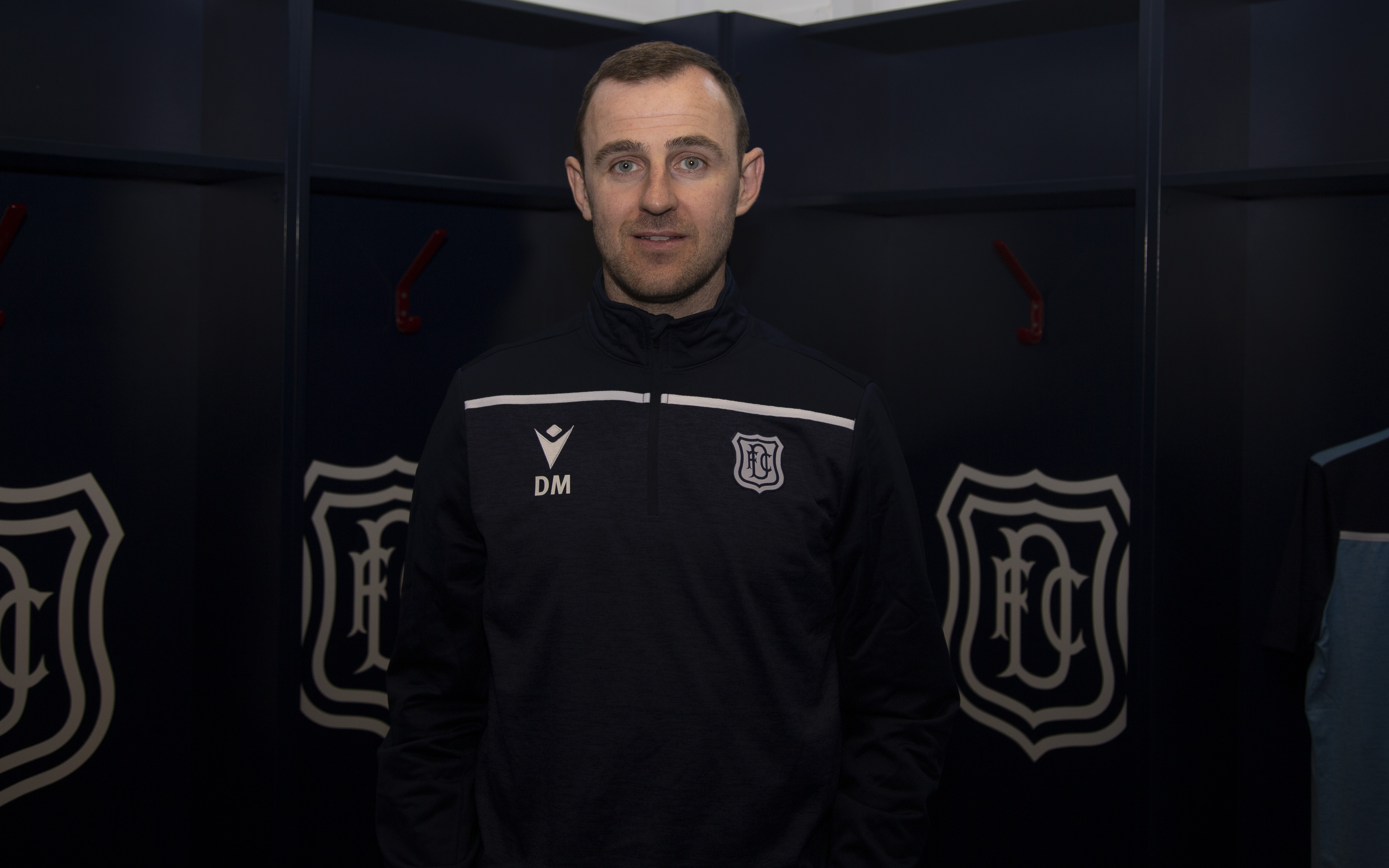 The club are delighted to announce that Dave Mackay has today been appointed as First Team Coach and Head of Opposition Analysis.

Dave is a player who came through the youth ranks at Dundee and played over 100 times including in the 2003 Scottish Cup Final and European fixtures.

During his playing career he played alongside manager James McPake at Livingston and in total played just shy of 600 first team matches.

A UEFA Pro Licence holder, Dave spent two years in charge of Stirling Albion after retiring as a player.

In the last year, he has been working with Aberdeen providing opposition analysis.

Manager James McPake said of the appointment, “Dave is someone I’ve known for 15 years and I’m delighted to finally get it over the line and bring him back to the club.”

“I see this role as another key aspect of how we are trying to structure the football department.”

“When Dave was manager at Stirling I saw a lot of his sessions and we completed the Pro Licence course together so I know what qualities he has as a coach and how he is as a person.”

“His qualities and his character fit the bill for what we need at this football club.”

“Dave is someone that I class as important as Jimmy Nicholl and Andy O’Boyle to aid my development as a manager.”

“In this newly created role, Dave will spend time analysing the opposition and on the training pitch as a key part of my backroom staff.”