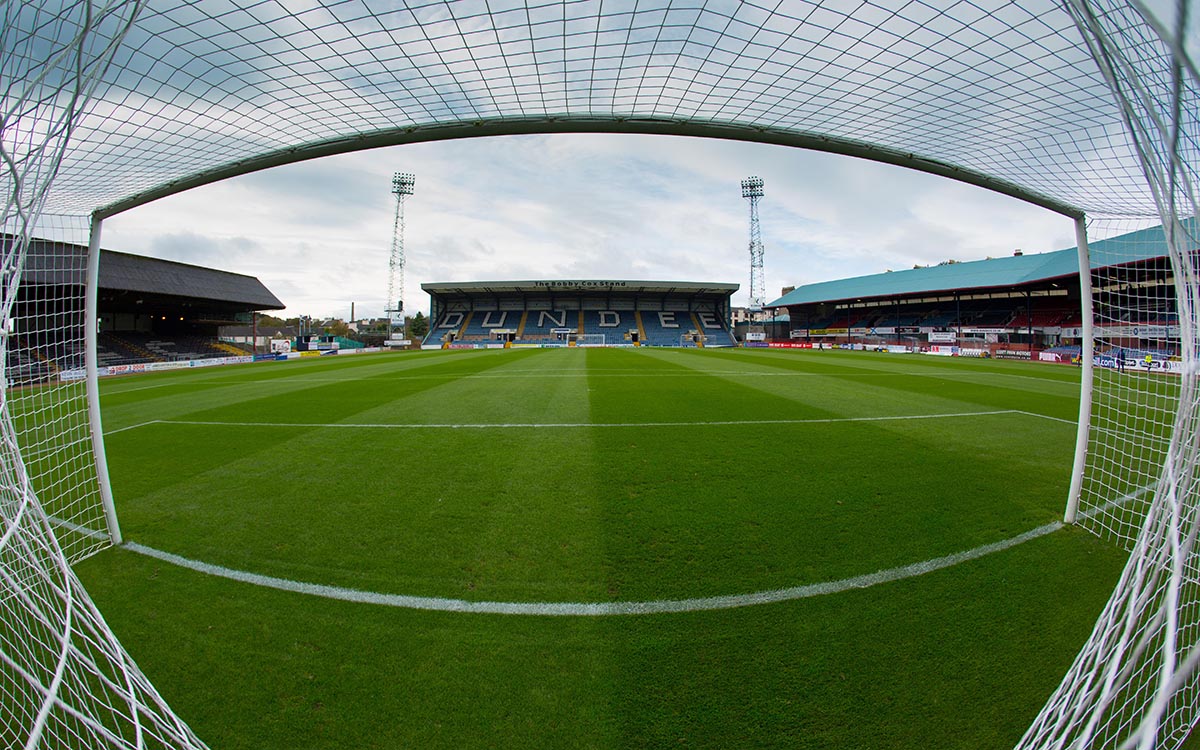 Recognising that there has been a tremendous amount of conversation in the mainstream media, social media and about the town regarding Dundee Football Club, we would like to take this opportunity to provide clarity on the situation.  Inaccurate information and speculation must be corrected.  We share the frustration felt by everyone at our current place on the table.  It is our intention to provide insight on the position and processes of the club with this statement in regard to management, tickets, game day experience, behind the scenes, and of course, the first team and manager.

John Nelms, Tim Keyes and Football Partners Scotland are fully committed to Dundee Football Club regardless of the league we are in.  When FPS took over the club in 2013, they had several objectives:  Stabilise the financial base of the club through expanded commercial partnerships and sounder financial planning; expand and develop a first-class youth academy, which would serve as a supplier for first team players in the future; explore the building of a new stadium to expand club revenue and further put the club on a long-term sustainable financial footing; and improve the position and on-field performance of the first team through enhanced scouting and player budgets as well as improved health, fitness and individual player development.  We have been successful in most of these endeavours and for those that have not yet come to fruition, we remain optimistic.

The stadium development has recently gotten back on track after a series of meetings with city staff and funders.  Most of the planning work is complete to have the stadium ready to go forward as financing is secured.  This is positive on many fronts, not the least of which is that the maintenance costs continue to rise at Dens, making it unsustainable in the long term. The stadium project will proceed regardless of our league standing and financing is wholly separate from the operations of the club.  We hope to share more news on this in the near future.

FPS is also strengthening their commitment to Dundee Football Club.  This week shareholders will be receiving notice of an upcoming share issue for the club whereby FPS will increase its shareholding to 75% or more.  This also gives fans the opportunity to increase their own shareholding and support the club. Similarly, the Board of Directors remains committed, with each member having a specific role that makes a meaningful contribution on a daily basis, based on their professional capacity and expertise.

While results this season have not been what we hoped on the pitch, behind the scenes there are positive things happening.  This week fans will also see that ‘Super Early Bird’ season ticket pricing is being extended until the end of this season.  We recognise that it has been a difficult season and would like to offer the fans this opportunity, as well as an extension of the £30 offer for the final two regular season matches.  Additionally, we have been able to take a bad situation with Zebra and negotiate an improved deal with Orchard, providing fans a better option for financing their season tickets, and the club was also able to offer short-term financing at 0% in the interim.

Our commercial department has made great strides with an overall increase in revenue of approximately 10% each year over the last two years.  The club benefits from more commercial partners than we’ve ever had, including our long term friends at Kilmac, who became the first stadium sponsors in Dens Park history this past season.  For the first time in ten years, we will be featuring a new kit supplier. Macron will be our kit supplier for the foreseeable future, allowing new and exciting opportunities for the fans and the club.

We have also listened to the fans about wanting more from their match day experience, and as such, in 2019-20 we will be bringing the catering back in-house. This not only gives us the opportunity to source local fare at better prices than we currently have on offer, but also allows for all revenues to stay within the club.  Further details of this exciting new offer will be shared in the coming weeks.  Next year we are reinstating the Open Day for fans to watch the squad train and meet the team during preseason.  We will also have a match day dedicated the youngest Dees, with a plethora of activities before kick-off.  Additionally, we will continue to offer the annual DFC Beer Festival in June, for the grown-up Dees.

The Academy is stronger than ever, with the first group of kids from when we took over now starting to come through the professional ranks.  We are excited to be moving into the Regional Performance Centre in Caird Park as our new training home starting this summer. The future is looking bright for these boys, one of whom has already captained the under-18s and Reserve sides on a regular basis.

Turning now to the key part of our operations – quite clearly the first team results for this entire season have been beyond disappointing. As the season is drawing to an end, we do our annual review and decide what changes need to be made in order to have a successful new season on the park.  Like most clubs in Scotland, the manager is in charge of all aspects of the football department.  He is judged on the players he brings in, the tactics he employs, and the management of the playing and backroom staff. When we choose a manager, we do this in the knowledge that he can do all of those things and more.  That being said, there is a diligent and stringent process that is implemented ahead of a manager being named.  This is something that we do discreetly behind the scenes.

This process starts with consulting our continuously maintained working list of potential candidates for analysis of multiple criteria. This list is purely statistical, allowing us to see how many games have been managed, at what level, and what the win percentages are at that time.  Then we start to rank the managers based on those criteria.  Recently we had changed our philosophy of bringing on younger, inexperienced managers to ones that have had over 300 matches in charge and a win percentage at a level around 40%.  We then take into account what else they have achieved, saving clubs from relegation, winning trophies and how they have managed their recruiting process.  At that point we will have it narrowed down to a handful from well over a hundred applicants.  Very few applicants make it on the list, as they do not meet the criteria.

Multiple board members participate in the interview process, which are done outside of the public view and are done in the strictest of confidence.  The actual process takes weeks, but to the fans, it appears to happen overnight.  In the end we appoint who we see as the best man for the job and have high expectations of him.

In conclusion, in all aspects of the business we will continue to provide a stable and safe platform for individuals to challenge their boundaries, push their limits and realise their potential. In most cases, this philosophy produces sustained excellence, as we have seen in most of our departments.  FPS stay fully committed to the club, and as much as we desperately want to stay in this division, we are prepared for either division, and financially it would not be a disaster because of our forward planning.  When FPS bought the club, we were in a lower division and operated in that environment prior to many of our initiatives being put into place.

Most importantly, we want to take this opportunity to say to the fans of Dundee Football Club – the ones who back the club week after week, who remain positive and supportive – THANK YOU.  It is easy to be a fan in good times, but true fans stick with their club in all times.  Thank you to all fans for your commitment to the club.  We see you and we hear you, and most of all, we appreciate you.