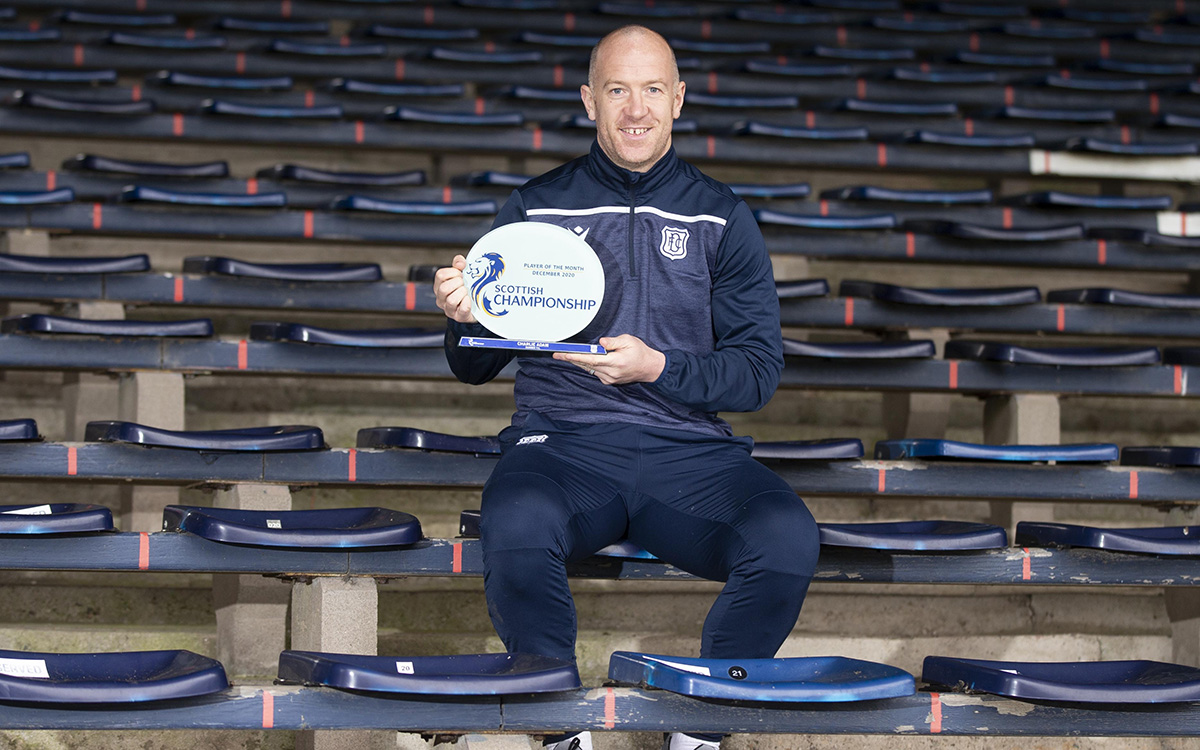 Charlie Adam has been awarded the Scottish Championship Player of the Month for December.

Midfielder Charlie captained the team to an unbeaten month with draws against Inverness CT and Dunfermline and victories over Arbroath, Queen of the South and Alloa.

His one goal in the month came against Dunfermline when he picked the ball up on the half way line and drove forward before smashing home from 35 yards.

He also had a hand in plenty more goalmouth action throughout the month as the team racked up 12 goals.

Charlie has started the New Year in similar form with three assists already in the first two matches of 2021.