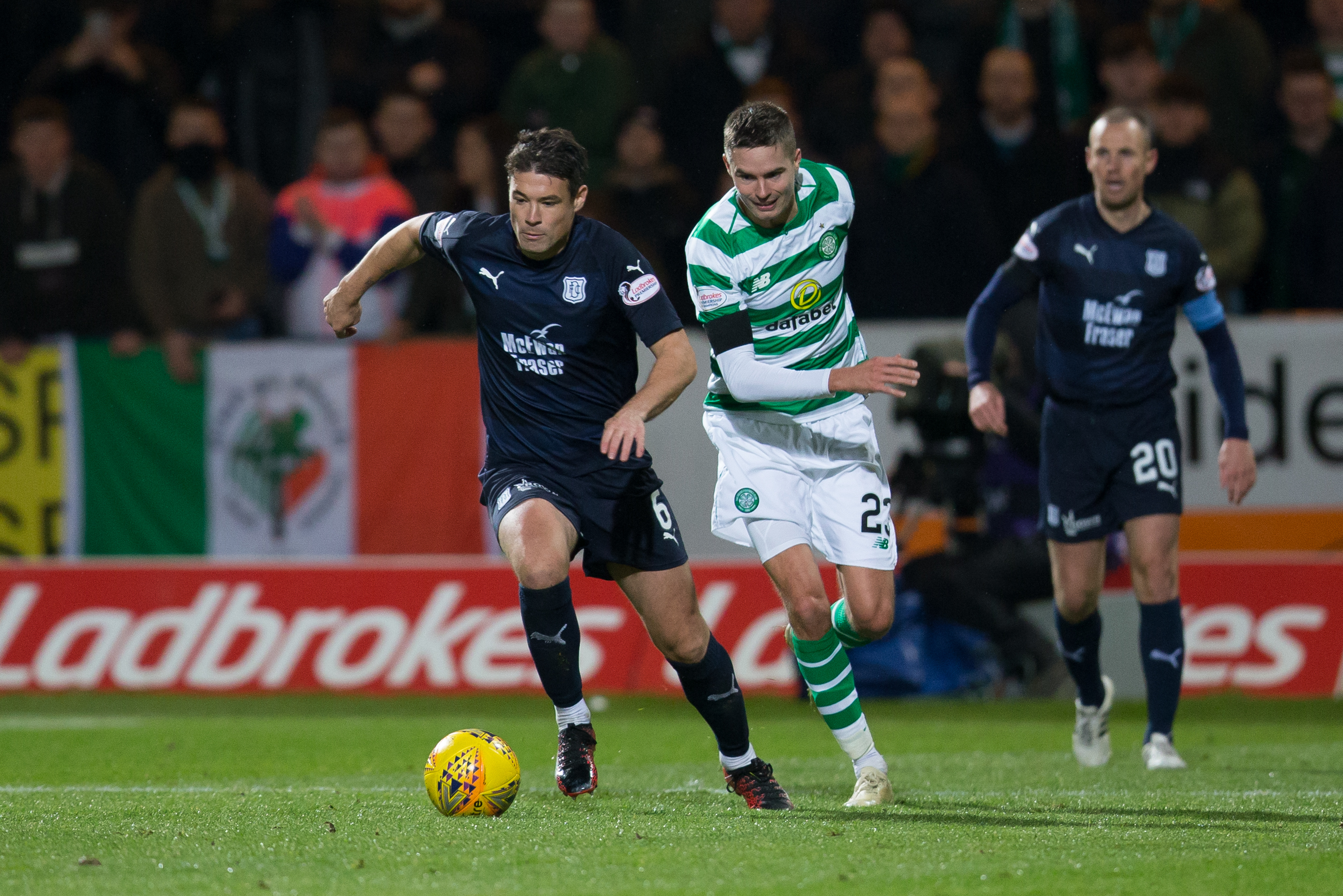 Dundee host Celtic in the Ladbrokes Premiership on Sunday and here we round up everything you need to know ahead of the match.

Tickets are available now for the Celtic match and prices are as follows:

£22 concessions (Over 65 or Students with valid student photo ID)

Two adults and two children under 12 £68

With additional children under 12 at £ 8

A limited number of tickets for the away end are available for locally based Celtic fans. Fans should be aware that proof of identity and address will be required to purchase these tickets. Away tickets are priced at £30 each and are limited to 2 per person and are only available in person at the ticket office at the Kilmac Stadium at Dens Park.

Home tickets can be bought at the ticket office, in person or by phone on 01382 889966  , or via the website at www.dundeefc.co.uk then click on “TICKETS” where you will be able not only to choose your seat but check on the view from seats in a particular area.

NICKNAMES: The Bhoys, The Hoops, The Celts

Champions Celtic were too strong for Dundee and ran up a 3-0 win over the Dark Blues at Parkhead, the Saturday before Christmas. Dundee held out until shortly before half time, but Michael Johnston scored on either side of the break and Filip Benkovic added a third in the middle of the second half. The Dark Blues worked hard, but couldn’t cope with a Celtic side that found top form, especially in the second half.

Celtic season started in July with a Champions League qualifier with Alashkert in Armenia and after 3-0 first leg win, repeated that score at Parkhead to progress. A 3-1 aggregate win over Rosenburg set up a tie with AEK Athens and after a 1-1 draw at home, dropped into the Europa League with a 2-1 defeat in Greece.

To reach the group stages Celtic defeated FK Sudova of Lithuania 4-1 on aggregate and were drawn with Salzburg, Leipzig and Rosenburg again.

The Hoops kicked off the defence of their Premiership title with a 3-1 home win over newly promoted Livingston but crashed to a 1-0 defeat at Tynecastle the following week.

Two 1-0 home wins over Hamilton and Rangers were followed by a draw with St Mirren in Paisley and a 2-1 loss at Kilmarnock to give Celtic their worst league start in 20 years.

Europa League results were also mixed with a 1-0 home and away wins over Rosenburg, home and away defeats against Salzburg and a win at home to Leipzig and a defeat away in Germany but the nine points won were enough to see them qualify for the knock out stages in second place.

In the last 32 round Celtic were paired with Valencia but the European adventure was ended after a 2-0 defeat at home and a 1-0 loss in Spain.

In the League Cup Celtic set up a Murrayfield semi-final tie with Hearts after defeating Partick Thistle 3-1 at home in the second round and St Johnstone 1-0 away in the quarters and reached the final with a 3-0 win at the home of Scottish Rugby.

In the final a Ryan Christie goal was enough to give them their seventh successive domestic trophy and the first silverware of the season with victory over Aberdeen at Hampden.

In the Premiership Celtic started to be hit form with a 1-0 win over Aberdeen in Glasgow, a 6-0 thumping of St Johnstone and an exciting 4-2 win over Hibs before a 5-0 win at Dens Park.

They followed this up by brushing league leaders Hearts aside 5-0 at Parkhead and a win over Accies in the next match saw them hit the top of the league for the first time.

However two points dropped at Motherwell allowed Kilmarnock to storm to the top of the Premiership but when the Ayrshire side travelled to Celtic Park next, they were knocked off the perch by a ruthless home side who regained top spot with a 5-1 win.

However they fell to third after a 2-0 defeat at Hibs but quickly returned to the top with back to back 3-0 home wins over Motherwell and Dundee.

Celtic ended 2018 with a 1-0 defeat to Rangers but since the winter break have been ruthless domestically by reaching the Scottish Cup semi-finals and winning nine in a row in the Premiership before drawing 0-0 with Aberdeen last weekend.

However Celtic were rocked at the end of last month when manager Brendan Rodgers quit to take over at Leicester and they turned to former manager Neil Lennon to take charge until the end of the season.

It hasn’t stopped The Hoops’ momentum though as before that stalemate with Aberdeen Lennon had guided them to wins over both Hearts and Hibs in Edinburgh and they come to Dens with an eight point lead at the top of the Premiership.

Dundee’s 2018/19 match programme The Dee will be available to buy at the Celtic game in and around the ground and in the club shop. It is a full, colour 48 page edition packed with news, views, features and exclusive interviews which this week include:

As well as being live on Sky Sports Football and Sky Sports Main Event, fans from outside of the UK will be able to watch the Celtic match live on DeeTV with a virtual season ticket. You can sign up for DeeTV for just £12 a month or an annual fee of £120 on the official website where you will also have access to highlights, interviews and all the Dundee FC goals at the click of the button.