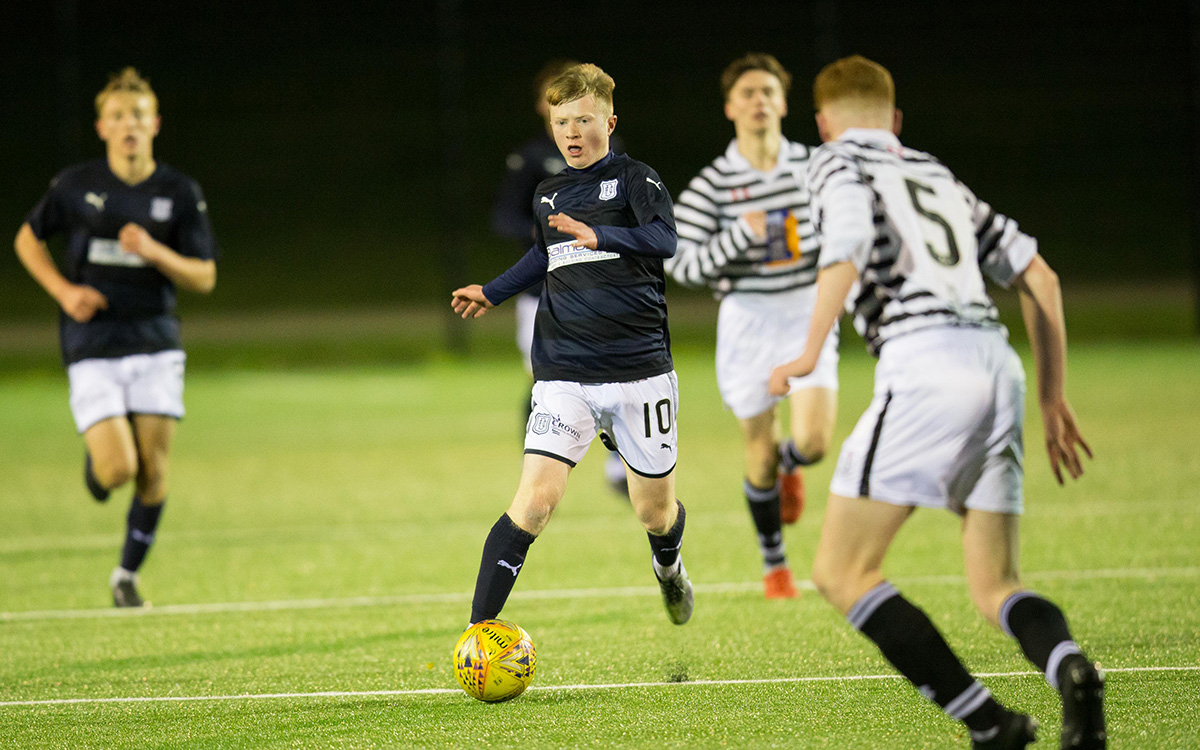 A Lyall Cameron first half double was enough to give our under 18s win over Queens Park at Baldragon.

The midfielder netted twice towards the end of a first period which Dundee had controlled.

After the break, George Johnston was sent off after only five minutes of the second half and despite conceding midway through the half, Dundee held out for a hard fought victory.