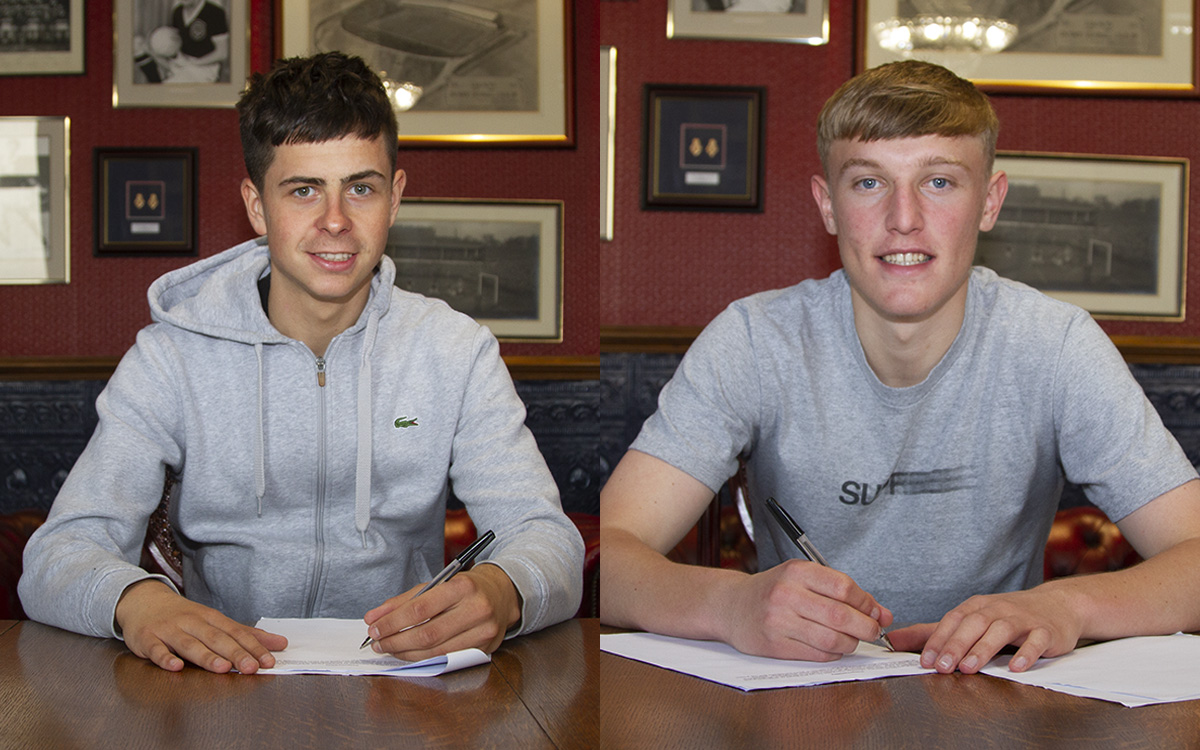 Callum Moore and Max Anderson have both signed two year contracts with the club.

Callum is the captain of the Reserve team and has featured for the first team three times this season. The central midfielder made his debut in the 2-1 win at Tynecastle in January and made his first start for the club against Aberdeen just over a week ago.

Max has been a regular for the Under 18s and the Reserve team this season. He scored the winner for the 18s against Ayr United on Friday night.

Both players have progressed through the Dundee Youth Academy from a young age.

Manager Jim McIntyre was delighted to get them signed up, “I’m delighted to have both Callum and Max sign new deals. They are bright young talents who have impressed during my time at the club. Callum has trained with the first team on a regular basis while Max has also stepped up at times and done very well.”