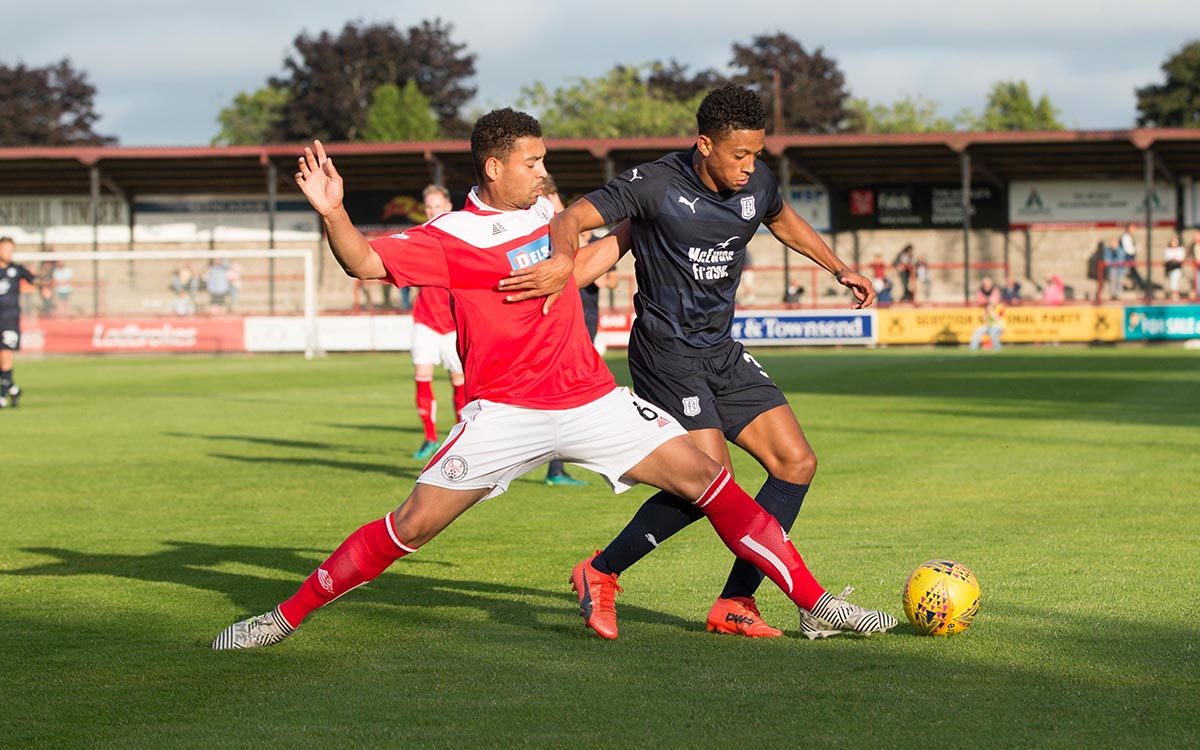 Dundee take on Brechin City in the Betfred Cup on Saturday and here we round up everything you need to know ahead of the match.

Dundee last faced Brechin in a competitive fixture in the second round of the Co-operative Insurance Cup at Glebe Park in August 2010. Paul McLean was sent off just before the hour but then two quick goals from Rory McAllister gave City a 2-0 lead.

Leigh Griffiths got Dundee back on level terms with a brace but then missed a penalty with the last kick of the ball so that the game went to extra time.

There were no further goals but Craig Forsyth was sent off in 120 minutes before the match went to penalties.

Brechin’s season started with a Betfred Cup match with Peterhead at Glebe Park but after a 0-0 draw, the Blue Toon took the bonus point after winning the penalty shoot out 5-4.

In their next Group D match away at Stirling Albion, Brechin won their first match in an excruciating 241 days when they won 2-1 thanks to goals from Boris Melingui and Callum Tapping.

Tickets for the match against Brechin City at the Kilmac Stadium at Dens Park are on sale from the Ticket office. The prices are as follows:

There will cash turnstiles in both the Bobby Cox and Main Stand for home supporters.

For the 2018/19 season Dundee have again teamed up with Curtis Sport to produce our match programme and for the Brechin City game it will be a special 16 page edition that will fold out into a fixtures poster.

Priced just £2 The Dee will available from the club shop Dundee Direct and inside the ground.

A seasonal Dundee FC programme subscription where every home programme from the 2017/18 season will be posted to your address can also purchased online from Curtis Sport for £95.

Fans from outside of the UK will be able to watch the Brechin City match live on DeeTV with a virtual season ticket. You can sign up for DeeTV for just £12 a month or an annual fee of £120 on the official website where you will also have access to highlights, interviews and all the Dundee FC goals at the click of the button