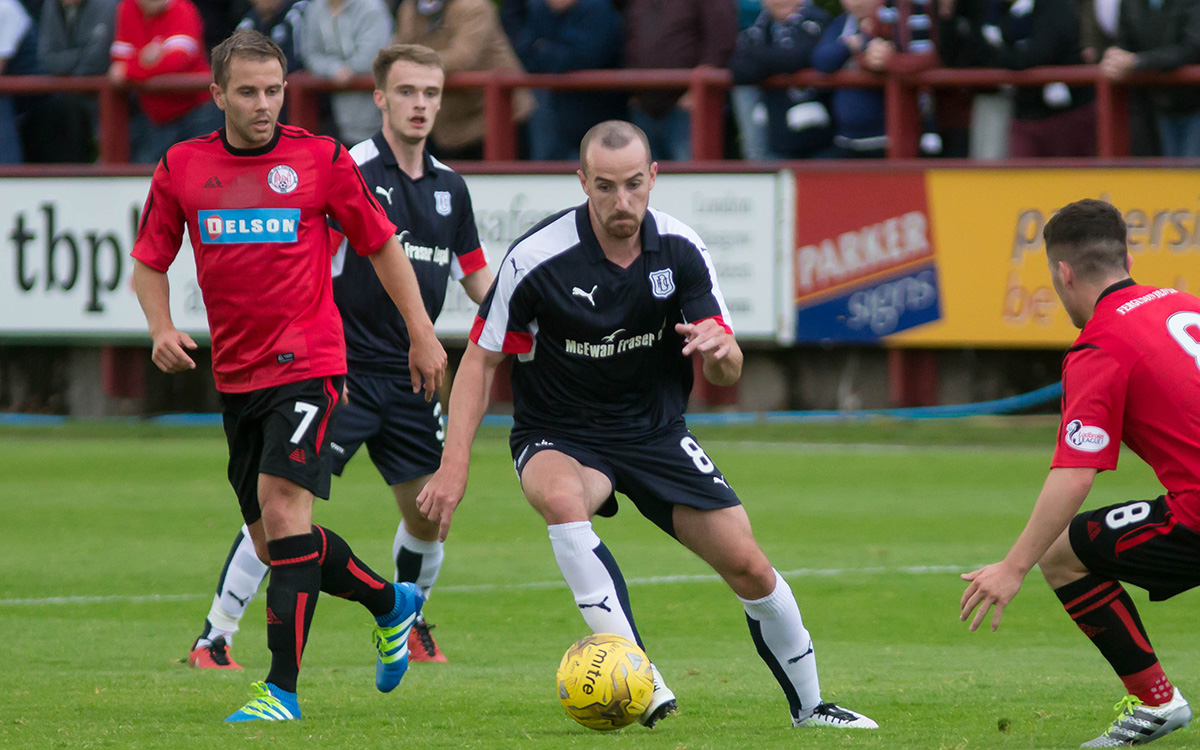 Dundee travel to Glebe Park to take on Brechin City in our third pre season friendly and here we round up everything you need to know ahead of the match.

From the South: Take the M90 to the A90 and continue past the first ‘Brechin’ turn off. Come off at the second turn off on to the B966. Travel through Trinity and on entering Brechin, you’ll find the ground is on the left-hand side of the road

The nearest railway station is Montrose, which is 8 miles away. There is a regular Inter-City service from all parts of the country and fans alighting at Montrose can then catch a connecting bus service to Brechin

Dundee last met Brechin City competitively in the League Cup in 2010 and the Second Division sent Dundee out of the Co-operative Insurance Cup on penalties.

Rory McAllister gave the hosts the lead in the 63rd minute at Glebe Park and the striker doubled their advantage with an impressive drive moments later.

Leigh Griffiths restored parity with a quickfire double but missed from the spot to win the tie in normal time.

Brechin won the shoot-out 3-1 after Eric Paton, Stephen O’Donnell and Nicky Riley all missed for Dundee.

After winning the SPFL Championship play-off final to win promotion last season, Brechin face a tough task to remain in the second tier but they started their preparations with a pre-season friendly at home to Edinburgh side Spartans.

A goal in each half from Chris O’Neil and a Trialist secured Darren Dods’ side a 2-0 victory against the Lowland League side in the first of the four scheduled pre-season friendlies.

Brechin’s second match last Saturday saw them travel to Links Park to take on Angus rivals Montrose which they won 2-0 thanks a brace from Ally Love.

After the Dundee match, Brechin go straight into their Betfred Cup group matches away to Inverness before they also face Forfar, Stirling and Falkirk as well as a friendly against Aberdeen and they will kick off their Ladbrokes Championship campaign away at Queen of the South.

This match is pay at the gate

The full ninety minutes of the match will be available to subscribers of DEETV along with shorter highlights package and exclusive post match interviews with the manager and players.