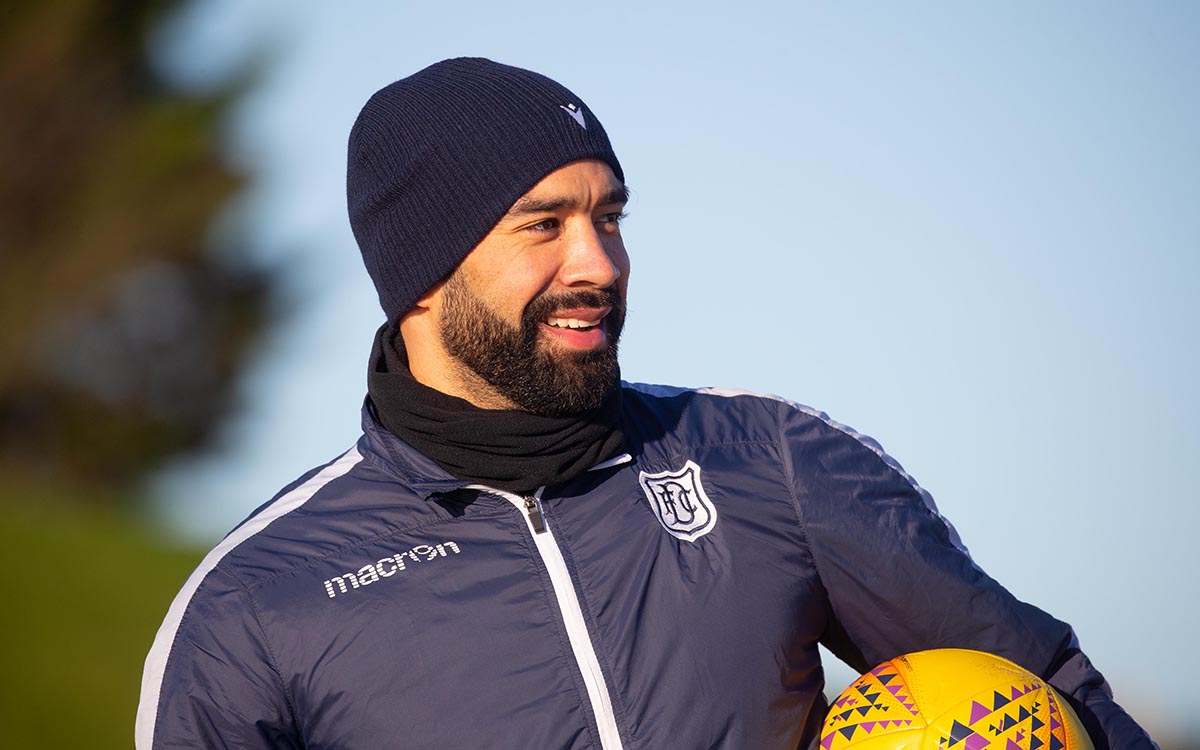 Liam Fontaine has lifted the Scottish Cup before so knows the importance a good cup run can have throughout a season.

He spoke to the media ahead of tonight’s match with Bonnyrigg Rose at the Kilmac Stadium, “I think when you are going as well as we are, you just want to continue that momentum whether it’s the league or the cup, there is still a big prize at the end and the prize for this Saturday is to get in the hat for the next round. We’ll be approaching this game with that mentality.”

Asked about the upturn in results and performances, Liam said, “It’s the work on the training park and having a bit more belief in ourselves. We know the talent that we have in the squad but when you are building a team, there is something you have to generate in the squad and it’s that real high belief that we are going out there with a real passion and desire to do what it takes to win points and not lose games.”

Bonnyrigg may not have face Dundee before but they are a teams a few of the squad, including Liam, are familiar with. Liam and Jordon Forster were both in the Hibernian side that beat Bonnyrigg 8-1 in the Scottish Cup back in 2017. Asked about taking the game for granted, he continued, “It’s massive that we don’t take anything for granted. You’ve seen it for years and years in all football competitions you can get cup upsets. The cup is important to us because going on a cup run and getting to cup semi finals, or finals is massive. It’s just as big as doing well in the league. If you can put a cup run together and keep that good feeling going throughout the squad, it’s a positive for me.”

Assistant manager Dave Mackay told the media that there were a few players who were “touch and go” with knocks ahead of the fixture.

The match is live on BBC Scotland, coverage starts at 7.30pm.

As the match is live on BBC Scotland, there is no PPV option for this fixture.

👉Get involved in the matchday action with exclusive ‘in-play’ offers on Club merch during tonight’s game.

💥Deals will be triggered by match events, who knows what could happen!