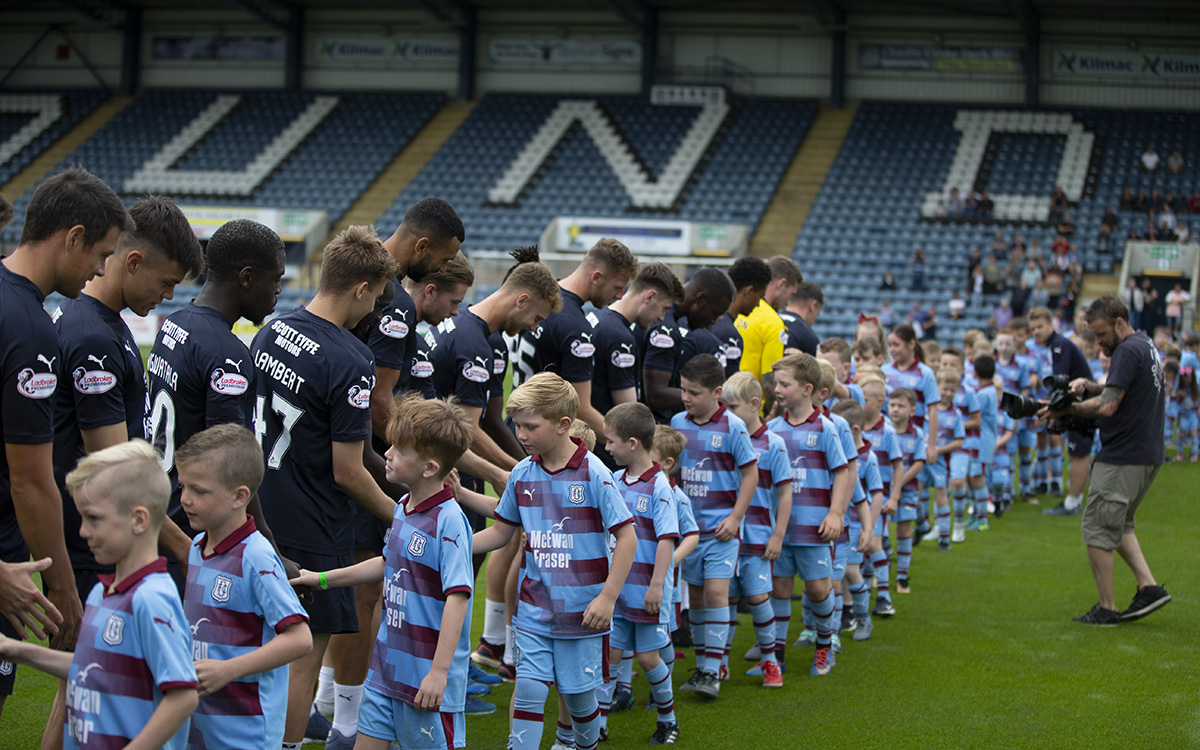 Despite the competitive action getting underway last Saturday there was one final pre-season friendly for the first team squad this afternoon as they took on 100 kids in the #BiggestHomeGame in partnership with sponsor McEwan Fraser Legal.

Gartland fielded a strong line up and almost caught the 100 kids side out early doors with the ball up the shirt trick but the kids were quick to stop Elton Ngwatala and deploy a high pressing game with almost every member of the side trying to get a touch of the ball at the same time.

The first team took the lead in controversial circumstances when Cammy Kerr broke away on the right and squared for Gartland to turn home, despite not officially being on the team sheet the goal was given.

The youngsters hit back before the break and levelled through sheer determination as around 40 kids forced the ball past Jack Hamilton and into the net.

After the break the kids took an early lead and quickly moved into a position of comfort as they went 3-1 ahead.

Just when it looked to be all over, half time substitute Sofien Moussa picked up where he left off on Saturday by pulling one back for the first team and it wasn’t finished there.

Deep into stoppage time, Moussa was on hand again to grab an equaliser with a lovely chipped finish which gave the youngsters no chance.