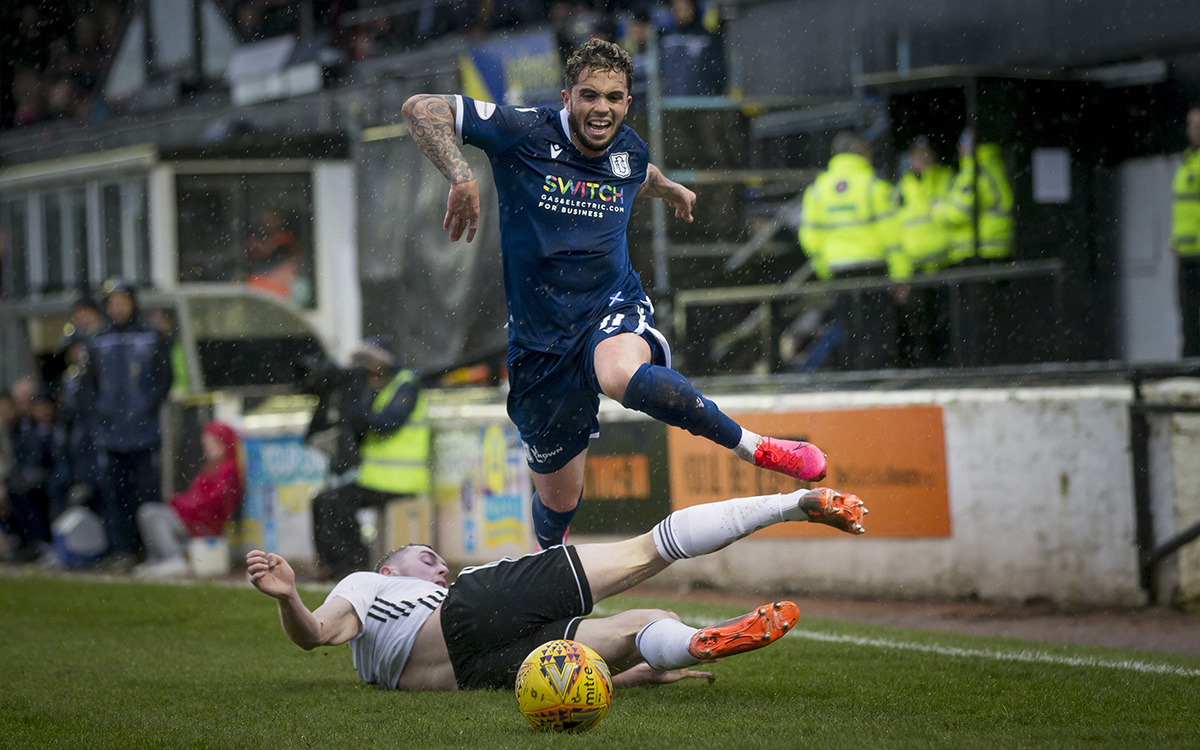 Dundee host Ayr United in a rearranged Ladbrokes Championship encounter on Tuesday and here we round up everything you need to know ahead of the match.

Tickets for the original date of January 11th are valid for the rearranged game.

Dundee emerged from the first match of the double header against Ayr United last Saturday with a goalless draw at Somerset Park. Chances were hard to come by in the soggy conditions and the Dark Blues needed a fantastic save by Conor Hazard from Aaron Muirhead’s second half penalty to take a point with their fourth consecutive clean sheet.

A 1-1 draw at home to Arbroath and a 2-1 win over Alloa in December kept Ayr in the play off spots and in January wins over Dunfermline and Inverness saw them remain in third.

Also in January Ayr knocked Premiership Ross County out of the Scottish Cup but went out in the next round after a 2-1 defeat to St Johnstone at Somerset.

After another 2-1 defeat at home, this time to Morton in the league, Ayr defeated Alloa 2-0 in Clackmananshire before drawing two 0-0 draws with first Dundee United then Dundee last week.

Dundee’s 2019/20 match programme The Dee will be available to buy at the Ayr United game in and around the ground and in the club shop. It is a full, colour 48 page edition packed with news, views, features and exclusive interviews which this week include:

Fans from outside of the UK will be able to watch the Ayr United match live on DeeTV with a virtual season ticket. You can sign up for DeeTV for just £12 a month or an annual fee of £120 on the official website where you will also have access to highlights, interviews and all the Dundee FC goals at the click of the button

The full ninety minutes of the match will be available to every subscriber of DeeTV on Tuesday alongside a shorter highlights package and exclusive post match interviews with the manager and players.