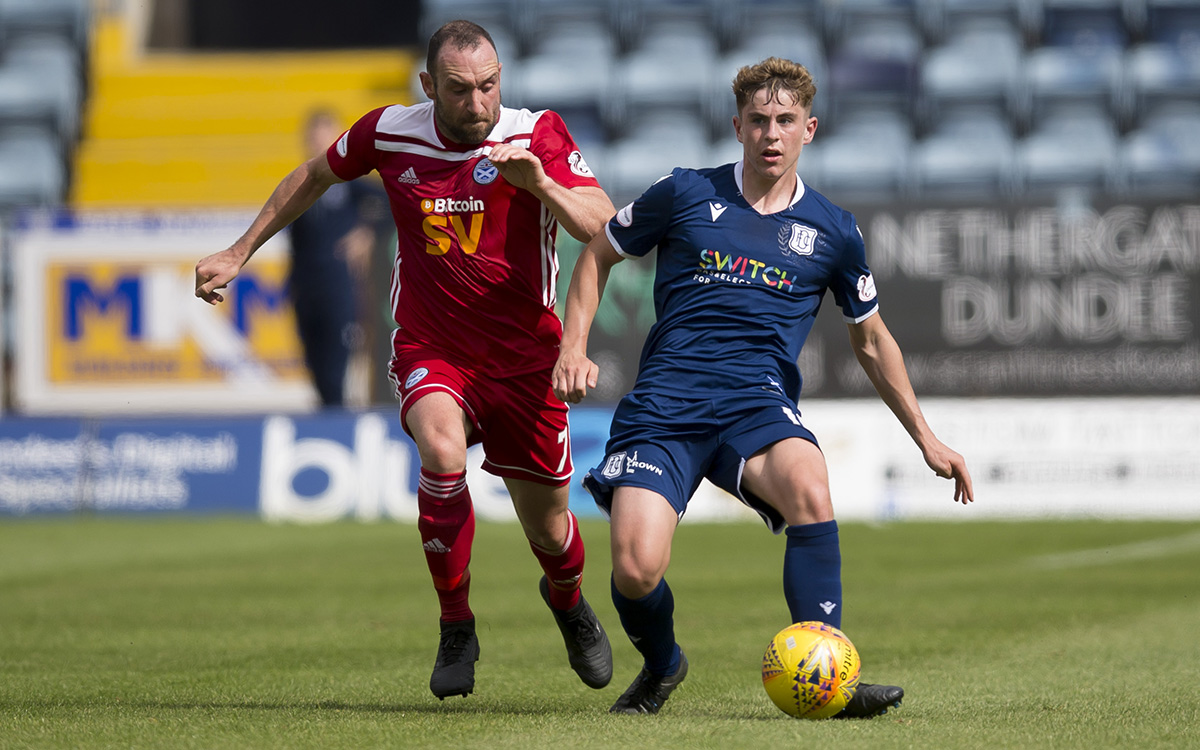 Dundee host Ayr United for a vital Ladbrokes Championship encounter on Saturday and here we round up everything you need to know ahead of the match.

The Dark Blues battled their way to a morale boosting 2-1 win at Somerset Park in Ayr last October. Declan McDaid and Paul McGowan put the Dee two up before Luke McCowan pulled a goal back in a frantic first half. The game settled down after the interval and Dundee saw the game out safely for their first away league win of the season.

A 1-1 draw at home to Arbroath and a 2-1 win over Alloa in December kept Ayr in the play off spots and a 1-0 win over Dunfermline last week saw them leapfrog The Dee into third.

Dundee’s 2019/20 match programme The Dee will be available to buy at the Ayr United game in and around the ground and in the club shop. It is a full, colour 48 page edition packed with news, views, features and exclusive interviews which this week include:

Fans from outside of the UK will be able to watch the Ayr United match live on DeeTV with a virtual season ticket. You can sign up for DeeTV for just £12 a month or an annual fee of £120 on the official website where you will also have access to highlights, interviews and all the Dundee FC goals at the click of the button