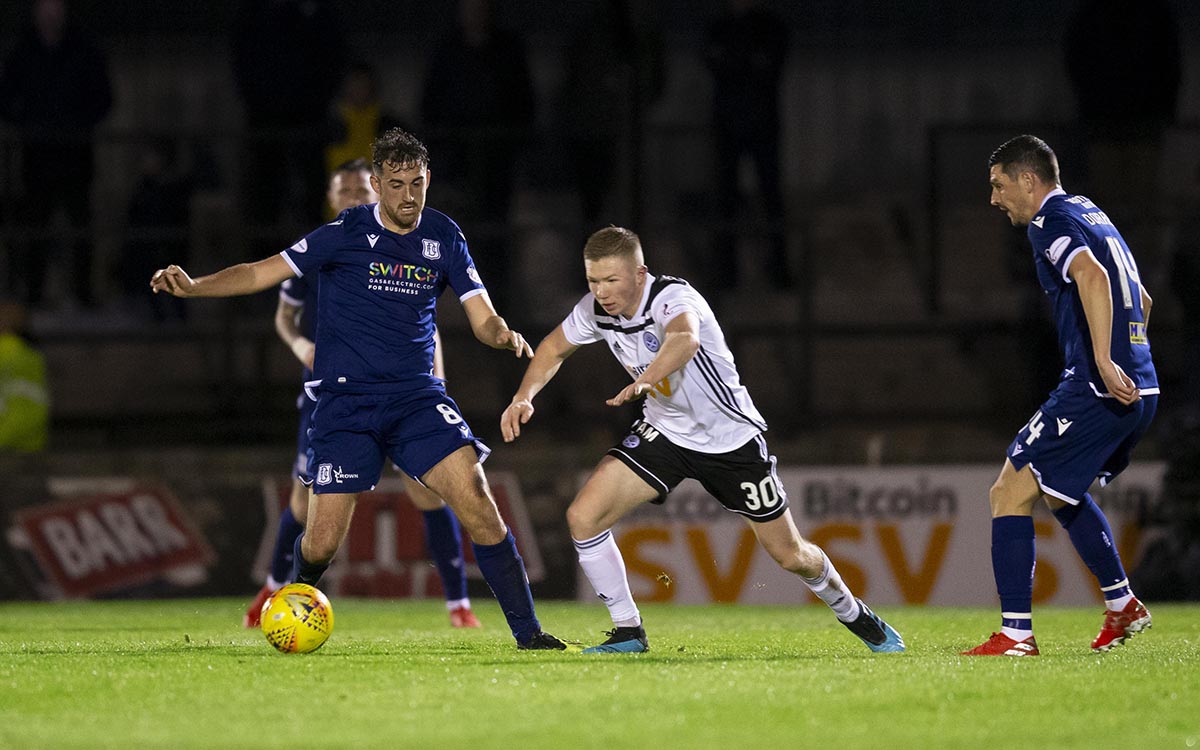 Dundee travel to Ayr United on Saturday for a vital Ladbrokes Championship encounter and here we round up everything you need to know ahead of the match.

For the upcoming fixture at Somerset Park the prices are as follows:

With regards to Ambulant supporters, it has become increasingly difficult for Ayr to identify the individual needs of ambulant supporters and therefore would appreciate  if you have some documentation to support the Concession ticket when entering the gate.

Away supporters can now buy tickets online ahead of matches at Somerset Park.

Supporters will receive an e-ticket on completion of order which they will show on arrival at the ground.

The Turnstile Operators will scan in the barcode via a handheld scanner to allow admittance to the ground.

Ayr will make available some limited provision for away supporters to buy tickets on the day, but it will be cash only and to avoid queues, we strongly advise buying tickets before arriving at the stadium.

Each ticket has its own unique barcode and once scanned in it will not allow admittance again.

Away supporters will be accommodated in the Railway End and the West Stand.

Enter through the following turnstiles:

For more information about your visit to Somerset Park, please click here – https://ayrunitedfc.co.uk/match-day-away-support/

From the A77 take the A719 (Whitletts Road) into Ayr. After passing the racecourse on your left, turn right at the next set of traffic lights for the ground, or turn left to take you down to an unofficial car park. Turning right will take you into Burnett Terrace, then left into Hawkhill Avenue and then right into Somerset Road.

The ground is down on the left. There is a small car park at the ground adjacent to the Main Stand which charges a fee, otherwise there is plenty of street parking to be found in the area around the stadium.

The Dark Blues battled their way to a morale boosting 2-1 win at Somerset Park in Ayr last October. Declan McDaid and Paul McGowan put the Dee two up before Luke McCowan pulled a goal back in a frantic first half. The game settled down after the interval and Dundee saw the game out safely for their first away league win of the season.

A 1-1 draw at home to Arbroath and a 2-1 win over Alloa in December kept Ayr in the play off spots and in January wins over Dunfermline and Inverness saw them remain in third.

Also in January Ayr knocked Premiership Ross County out of the Scottish Cup but went out in the next round after a 2-1 defeat to St Johnstone at Somerset.

After another 2-1 defeat at home, this time to Morton in the league, Ayr defeated Alloa 2-0 in Clackmananshire before drawing 0-0 with Dundee United on Tuesday.

There will be a match programme available for the Ayr United v Dundee match on Saturday. It will cost £2 and can be purchased from one of the Programme sellers who can be found on match days, outside the Turnstiles. Programmes can also be purchased from the Club Shop or the Food Kiosk, which is located inside the Main Stand of the Stadium.

For Away Fans, Ayr have one Food Kiosk available. It is located up the stairs at the back of the Main Stand.

The Price List for the Kiosk is as follows:

There will be no live video coverage of this fixture.

The full ninety minutes of the match will be available to every subscriber of DeeTV on Saturday evening along with a shorter highlights package and exclusive post match interviews with the manager and players.