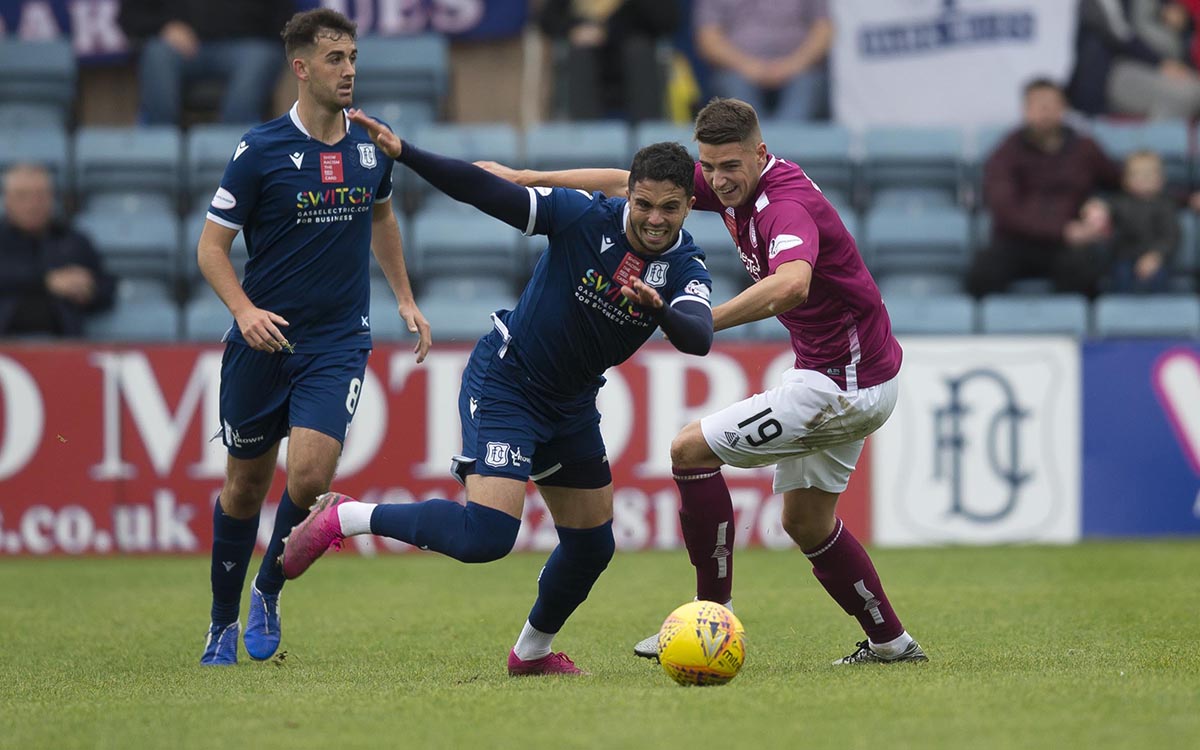 Dundee host Angus neighbours Arbroath on Saturday and here we round up everything you need to know ahead of the match.

There will a cash turnstile in the Main Stand for Dundee supporters.

Service personnel both former and current can receive two complimentary tickets for Saturday from Ticket Office at Dens Park with relevant military I.D.

Those who collected tickets for the postponed match against Ayr United in January can exchange their tickets for the Arbroath game or keep them for the rearranged Ayr fixture on March 10th.

Dundee had to settle for a point in a 1-1 draw at the end of a tough trip up the coast to Arbroath last December. The Lichties had the better of the first half and deserved to be ahead at half time after Bobby Linn’s goal. The Dee perked up in the second half and Kane Hemmings headed the equaliser after an hour. In an open and entertaining final half hour neither side could find the composure to take all three points.

The Litchties then went down 3-0 at home to joint league leaders Ayr United before losing 2-0 on their first visit to Dens since 1995.

After losing at Dunfermline, Arbroath recorded back to back wins against Alloa and Inverness before Morton got revenge for the earlier defeat with a 1-0 win in Greenock.

In the Scottish Cup, the Red Litchties needed a replay to overcome Junior side Auchinleck Talbot after a late equaliser in Ayrshire gave Arbroath a second chance to progress.

In the next round Arbroath drew 0-0 with League One Falkirk at Gayfield but exited the competition by losing the reply 2-0 at the Falkirk Stadium.

In the Championship Arbroath continued to exceed expectations and have been in and around the promotion play off spots after some superb results since Christmas. This included fantastic wins away at the top two Inverness CT and Dundee United, with former Dundee player Craig Wighton scoring the winner at Tannadice at the start of the month to give the Smokies their second win ‘across the road’ this season.

Fans from outside of the UK will be able to watch the match live on DeeTV with a virtual season ticket. You can sign up for DeeTV for just £12 a month or an annual fee of £120 on the official website where you will also have access to highlights, interviews and all the Dundee FC goals at the click of the button