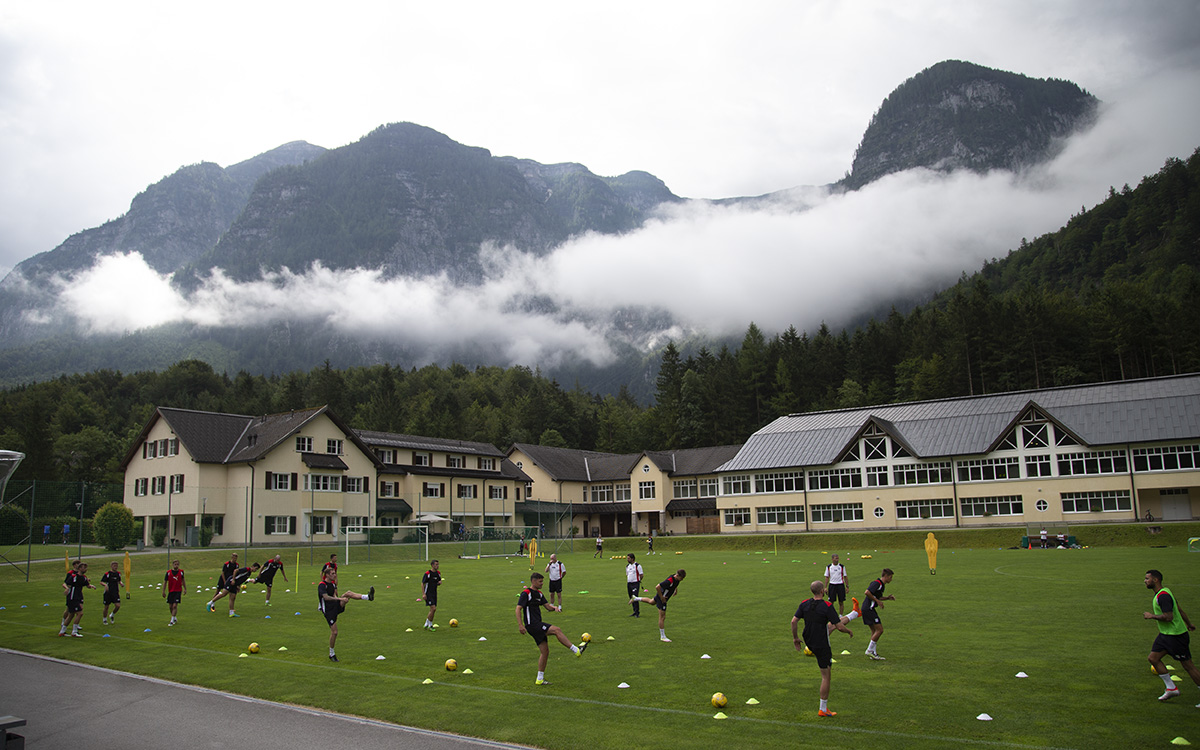 Four years ago Dundee travelled to Austria to the Obertraun National Sports and Recreation Centre for a pre-season training camp but it is not first time that the club had gone to Austria for pre-season, the first visit being 74 years ago this month.

Before the successful 1946/47 season in which Dundee won the Scottish League B Division to win promotion back to the top tier, they went on a pre-season tour of West Germany, Austria and Italy to play a series of matches against British Army sides. The government had approached the Scottish and English FAs to ask if they could encourage clubs to tour to defeated nations to play a series of morale boosting matches against army sides who were still stationed there and Dundee’s managing director George Anderson was only too happy to oblige.

In early June 1946 Dundee travelled to West Germany to take on a BAOR Combined Services XI in Hamburg and after a 2-2 draw travelled to Austria for three matches against the British Territorial Army.

The first match took place on June 12th in Klagenfurt in Southern Austria, just 130 miles from Obertraun where the team were based in 2016, and ended in a 2-1 win for The Dee. Dundee’s goals came from Johnny Pattillo, his first for the Dark Blues having just joined from Aberdeen for a fee of £1000 and Frank Joyner, his second of the tour having scored in the draw with the BAOR side four days earlier.

Pattillo would turn out to be an excellent signing by George Anderson as he would score 67 times in 172 appearances and would win two winners’ medals, two runners-up medals and score a goal in the 1951 League Cup Final victory to cement his place in Dundee’s history. Pattillo would score on his competitive debut in a 6-2 win over East Fife in the first game of the season in a match in which Joyner would score a hat-trick.

Dundee’s second game against the British TA took place three days later in Graz where they would record another 2-1 win thanks to goals from Ronnie Turnbull and Reggie Smith. Ex-England internationalist Smith was another shrewd signing by Anderson, snapped up when he was stationed with the RAF at Leuchars in 1944 and after hanging up his boots in 1948 became Anderson’s assistant manager. Smith was part of the management team to bring back to back League Cups to Dens Park in the early Fifties and in the second final against Kilmarnock in 1952, he led the team out at Hampden with Anderson recuperating from pleurisy in an Aberdeen nursing home.

Dundee’s third match in Austria saw them move to the capital city Vienna on June 17th and this time they recorded a comprehensive 6-2 victory over the British TA side. Smith and Pattillo were again on the score sheet alongside Peter Rattray and Albert Juliussen who scored a hat-trick.

Juliussen had been signed from Huddersfield Town in August 1945 for a club record fee of £3000 and he would be a key player in the back to back B Division championship wins (the 1945/46 was deemed unofficial with players still being demobbed and so promotion was denied) finishing as top scorer three years in a row.

Juliussen would score six times in the last two games of the tour after the party moved to Italy where they defeated the BTA/13th Corp 4-3 in Trieste – Juliussen (2), Rattray (2) – and 5-1 in Udine – Juliussen 4, Ouchterlonie – to finish the tour undefeated.

It would be another 63 years until Dundee visited Austria again when in 2009 manager Jocky Scott took his side there for a pre season training camp and would play two matches against German opposition.

The first match against FC Augsburg saw summer signings Tony Bullock, Brian Kerr, Ritchie Hart, Sean Higgins, Pat Clarke and Gary Harkins make their debuts. Harkins came on as a second half substitute for Brian Kerr but he couldn’t prevent The Dee going down 2-0 in 29c degree heat in front of 300 spectators. Michael Thurk chipped Bullock from distance to give Augsburg a half time lead and in 55 minutes Bullock could only touch an Edmond Kapplani effort onto the underside of the bar on its way into the net.

Twenty-four hours later Dundee’s second match of their Austrian trip was against Bundesliga giants Borussia Mönchengladbach with Gary Harkins making his first start in a Dundee shirt. The temperature was comfortably cooler than the night before and Dundee matched their illustrious opponents for long spells, particularly in the first half in which Harkins came agonisingly close to opening his scoring account in Dark Blue.

Borussia took the lead in the 32nd minute when Thorben Marx fired in a 30 yard thunderbolt which gave Bullock no chance which came minutes after Gary Harkins had struck the woodwork at the other end. The clincher came three minutes into the second half when Moses Lamidi raced down the left and fired in a shot from a tight angle, which beat Bullock with the aid of a deflection to give the Germans a 2-0 win. 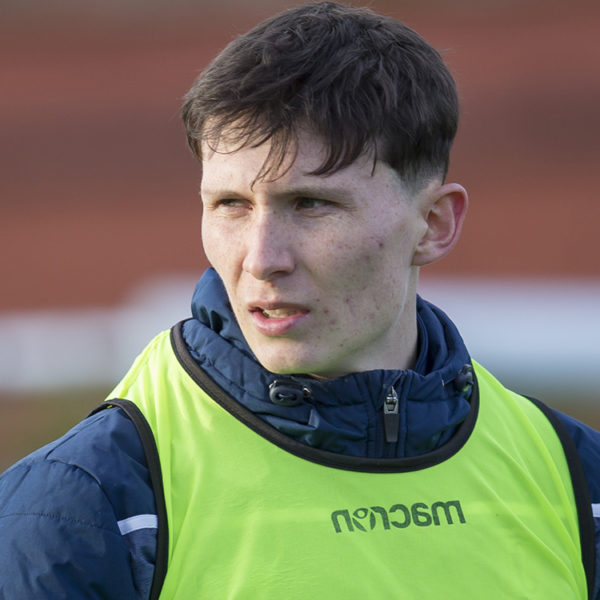 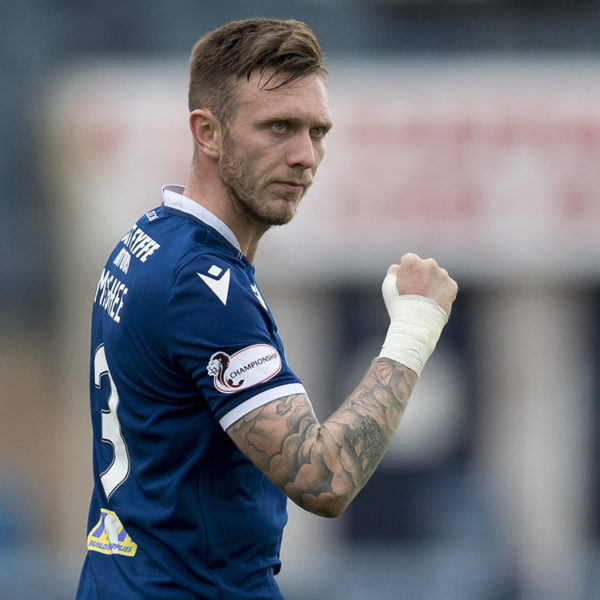 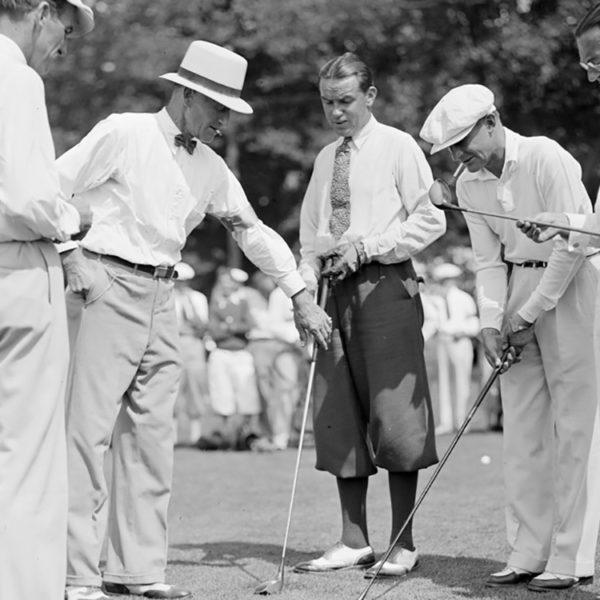