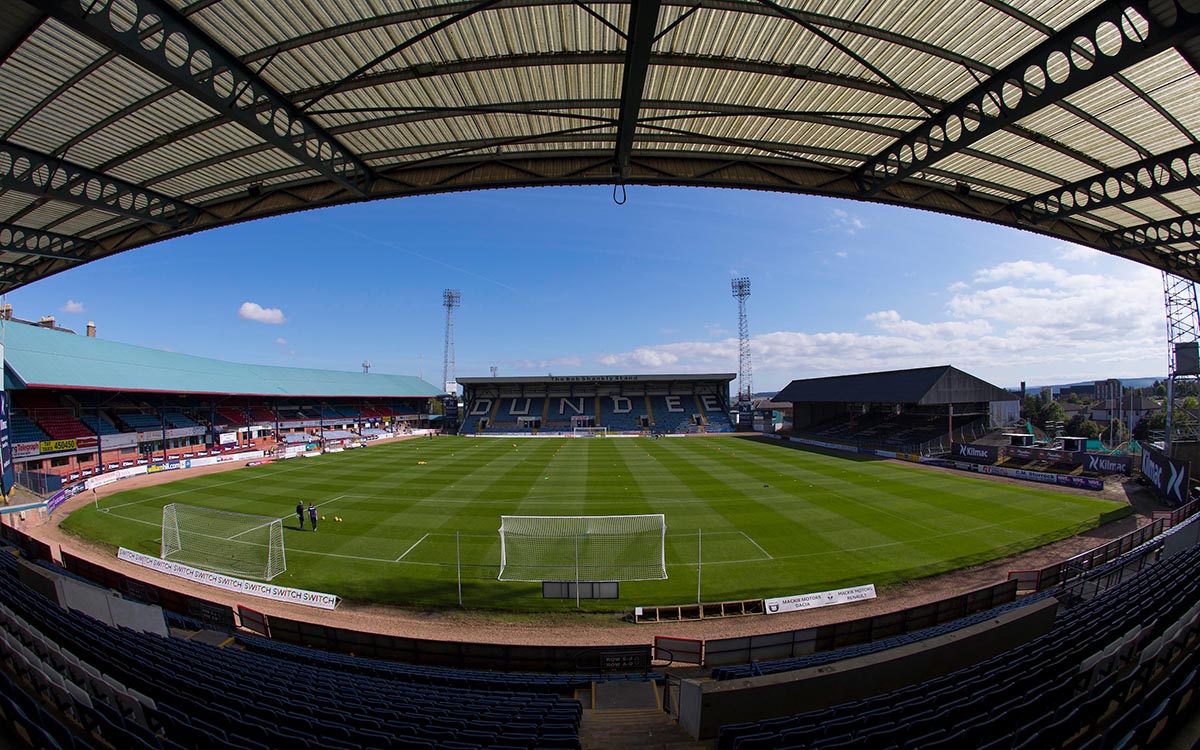 Dundee return to league action this weekend when Alloa Athletic come at the Kilmac Stadium at Dens Park on Ladbrokes Championship duty and here we round up everything you need to know ahead of the match.

The 2013/14 SPFL Championship title swung Dundee’s way in the penultimate weekend of the season as the Dark Blues won 3-0 at Alloa while pre-match leaders Hamilton crashed 4-1 at Dumbarton to allow The Dee to claim top spot.

The large travelling support’s nerves were settled just before the break when cult hero Christian Nade headed The Dee into the lead but they had to wait until the 71st minute to see that doubled when Peter MacDonald slotted home a penalty.

Substitute Craig Beattie wrapped things up with lovely finish two minutes from time and by then the Dundee support were in party mood as the news of the scoreline from The BetButler Stadium was filtering through.

Dundee would go on and clinch the title the following week by defeating Accies conquerors Dumbarton 2-1 at Dens.

Alloa started their season with a 3-3 draw at home with Elgin City in the Betfred Cup but lost the bonus point in the shoot out and followed that up with a visit to Premiership Hibernian where they lost 2-0. However wins over Stirling and Arbroath in their next two games saw Alloa finish second in their group but failed to qualify as one of the best runners-up.

Alloa won on their travels again last weekend when they defeated Dunfermline 2-1 in the Tunnocks Caramel Wafer Challenge Cup.

Dundee’s 2019/20 match programme The Dee will be available to buy at the Alloa game in and around the ground and in the club shop. It is a full, colour 48 page edition packed with news, views, features and exclusive interviews which this week include:

Fans from outside of the UK will be able to watch the Alloa Athletic match live on DeeTV with a virtual season ticket. You can sign up for DeeTV for just £12 a month or an annual fee of £120 on the official website where you will also have access to highlights, interviews and all the Dundee FC goals at the click of the button